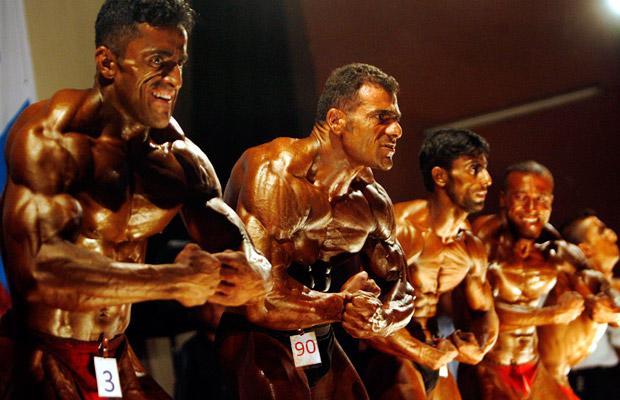 Ten years ago, the idea of making a lighter weight class in the IFBB professional ranks began to frequently come up in conversations amongst industry insiders as a semi-serious idea. Fast forward to today and the 212 division is a hugely popular IFBB division. After making its first appearance as a 210 class that was mostly dominated by Silvio Samuel. It then became the 202 pound class, which was ruled by David Henry and Kevin English. Today, the class has evolved into the 212 division, a class that Flex Lewis currently has in the palm of his hand. This massive success that is the 212 division makes me wonder, what if there were even more weight classes in IFBB men’s bodybuilding, similar to a sport like boxing or UFC? This would certainly create more champions and opportunities for professional bodybuilders to make a name for themselves. While I have not been a proponent of creating more divisions in the IFBB, the 212 class is so exciting that I am beginning to change my opinion. So, if there were in fact four weight classes in the IFBB, who would the champ of each weight class be, and how would it change the landscape of professional bodybuilding?

The first thing that must be calculated is the weight limits themselves. Two main factors have to be considered here. The first being the weight classes of the NPC, and the fact that the IFBB classes would have to be slightly heavier, simply as a matter of progression. The second is that making IFBB professional weight classes that are for 140 or 150 pound bodybuilders, in my opinion, would be a little bit silly. With these two parameters in mind, logical weight classes for IFBB professional bodybuilding would look something like this: 180 (lightweight), 210 (middleweight), 240 (heavyweight), and over 240 (super heavy). This set of classes emulates the four heaviest weight classes in the NPC, but adds a bit more weight to them. As an interesting side note, these classes would serve to mostly eliminate the need for competitors to lie about how much they weigh, in an attempt to be perceived larger onstage than they truly are. The new 210 class does not leave much up to the imagination. More than likely, the top guys in that class would be a mirror image of the competitors who currently rule the 212. That said, this change would still hold the potential to shake things up a bit, even in the “new” 210 class.

The 180 pound lightweight class is difficult to call, due to the fact that there are very few active competitors in IFBB men’s bodybuilding who weigh less than 180 pounds. There is one man however, who could rule this class with the utmost authority. That man is Marvin Ward. Marvin, assuming he is in shape, would be nearly impossible to defeat in this class. That said, Shaun Clarida would have something to say about who would dominate the professional lightweight class. Shaun is very capable of beating Marvin, in fact, my money would be on Shaun for the simple fact that he is in shape more often than Marvin. However, as mentioned above, if Marvin nails it, this class would be his. Derek Farnsworth would be the people’s champ in this class, and he would win his fair share of smaller (no pun intended) shows that are not the Arnold or Olympia. This class, above all the others, would see the biggest growth, for the simple fact that the majority of guys who compete at any weight under 180 pounds would more than likely give this class a go, as they have never had a realistic shot at placing well in a professional contest until this classe’s creation.

As I already touched on, the 210 class winners would really be no different than the current 212 division champs. It is possible however, that slightly taller competitors such as Flex Lewis, Guy Cisternino, and Hide Yamagishi would decide to move up into the heavyweight class, now that they would no longer have to stand next to guys who are 270-plus pounds onstage. Flex Lewis, at 215 or 218 pounds, would not exactly get eaten alive by a heavyweight guy who might be 5’8” and 235. He would however look very small next to a competitor who is 5’11” and 270 onstage. Obviously the aforementioned competitors who are far below the 210 mark would leave this class and enter the 180 class as well. The 210 class would look very similar to the current 212 class, only with slightly less competitors and more consistent talent.

The majority of the guys in the top ten at the Olympia would fit into the 240 pound heavyweight class, assuming their ego’s did not get the best of them, and for that reason, it is possible that this class would be the most competitive of the four. If the 212 class is any indication, this weight limit would inevitably cause the top guys in this class to be in much better overall condition than the competitors we see in the current open class. This class has a huge number of potential stars, and it would certainly shed some light on how much some of our top athletes truly weigh onstage. This 240 pound weight limit means that Dexter Jackson, Phil Heath, Shawn Rhoden, Branch Warren, Jon Delarosa and William Bonac would be the main threats. With guys like Dominick Cardone and Cody Montgomery coming in and making a major impact in the next couple of years. Rhoden is probably a tad heavy for this class, but there is no way he would go into the supers and fail to directly compete with Phil.

The super heavyweight class would be mostly composed of our taller athletes, with the obvious exception of Kai Greene. This class would see epic showdowns between Kai, Big Ramy, Cedric McMillan, and Dennis Wolf. Roelly Winklaar and Justin Compton could also be heavy hitters in this class assuming they came into the shows in shape, with their midsections in check. With Josh Lenartowicz, Maxx Charles, and Dallas McCarver coming up fast and showing great promise, this class could take over as the most competitive of all the weight classes in coming years. With Dennis Wolf and Kai Greene coming to the end of their careers, if I were a betting man, I would say that this class would see years and years of Big Ramy VS Dallas McCarver battles, with these two man mountains trading first place finishes back and forth.

As it stands, the winner of the 212 class does not do battle against the winner of the open class, which I am perfectly fine with. However, if several new classes were introduced in order to make the sport more like the NPC, than we would have to have an overall comparison and pose-down at the end of the night in order to crown Mr. Olympia. This way, we would not have to worry about what title to give the competitors who win the 212, as every class winner would be the champion of that class, then the final comparison and pose-down would decide who was Mr. Olympia. Would I create three more weight classes if the decision was put in my hands? Probably not, but that does not change the fact that it is interesting to think about and consider for the future.