by Matt Weik When you look at the statistics of those who suffer from Type 2 Diabetes it’s staggering. To be more accurate, it’s downright SCA 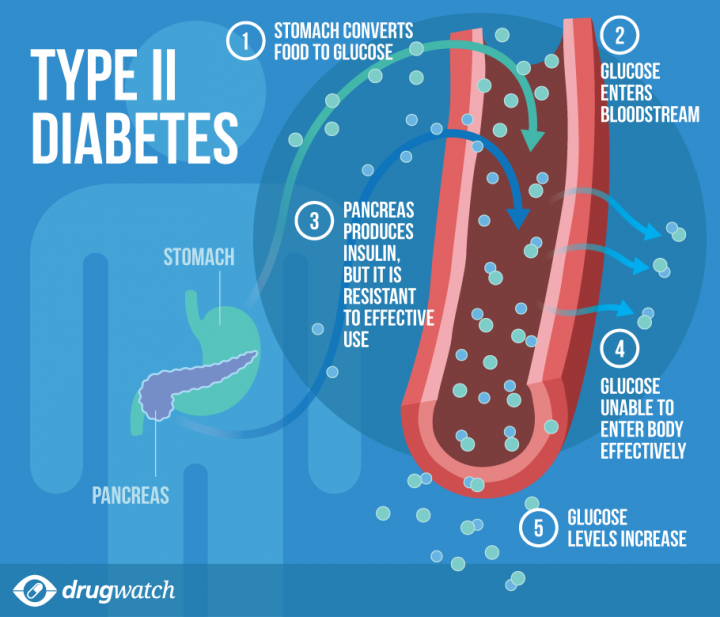 When you look at the statistics of those who suffer from Type 2 Diabetes it’s staggering. To be more accurate, it’s downright SCARY. 9.3% of the population suffers from this disease. Over twenty-one million people in the United States have diabetes—another eight million who are living their lives as a ticking time bomb undiagnosed/unaware that they are diabetic. Each year on average 1.4 million Americans go to their doctor and are diagnosed. If you look at the statistics from 2010, you will find diabetes is the seventh leading cause of death among Americans. Do you have kids or little nieces or nephews? About 208,000 kids under the age of twenty suffer from diabetes. Diabetes costs are consistently on the rise each year with more and more people getting diagnosed which is why total costs for the disease is now over $245 billion just in the United States alone.

Conditions that can be caused due to diabetes:

Diabetes is terrifying, there’s no doubt about it. With so many people suffering from this disease around the United States, teams of researchers have been trying to find a cure for years. Medications are already available by prescription but none that truly defeat the disease, rather only helping to control it (to an extent). American’s suffering from this disease find themselves checking their blood sugar daily. The worst part about diabetes is that many American’s don’t truly know how to control it through diet. They simply use their insulin as a crutch to fix their poor eating habits. It’s for these reasons that many find themselves in a downward spiral (health-wise) because they simply have no clue what a healthy, nutrient-dense diet looks like. Instead, they feast on a plethora of foods that should be on their banned list and correct it through their medication/insulin. It wasn’t until recently that the outlook of actually reversing the effects of diabetes came to fruition thanks to a group of doctors who have been working tirelessly to wreak havoc on this disease.

A five-year (multi-million dollar) study has buttoned up collecting and analyzing data on what effect a low-calorie diet had on reversing type 2 diabetes. While in theory it made sense, no one prior had done such a study. Their hopes were to find that by utilizing a low-calorie diet, that it would eventually return the body’s natural glucose control mechanism back to normal levels as they are meant to be without the use of drugs and/or medication. To initiate the study, each participant was taken off all insulin that they were using prior to the study as well as any oral medication that was prescribed to them for the disease. Participants of the study were then given a product (Nestlé’s OPTIFAST) to drink three times a day for a total of eight weeks. Their calories per day were extremely low, only reaching 624 kcal per day—a figure that many American’s hit in a single meal. Most people would consider this “starving”. After the eight weeks consisting of this liquid diet, the participants were able to go back to a diet consisting of whole foods once again. So what did they find at the end of the study?

What they found at the end of the study was that when body fat is decreased and maintained at such a level, it allows individuals who are suffering from diabetes to properly store fat again and also use it as energy which will combat diabetes until it eventually disappears. They also found that the participants who lost weight during the study actually kept it off for the next six months (due to follow ups).

Researchers of the study said it best when they concluded that “T2DM [type 2 diabetes mellitus] can now be understood to be a metabolic syndrome potentially reversed by substantial weight loss, and this is an important paradigm shift.” The takeaway from this comment is truly that if you are conscious about your fitness and nutrition, you have the ability to reverse the effects of diabetes, either by being able to lower the dose of insulin needed each day or ultimately like what this research shows, by making the disease go away entirely.

While the findings of this research are very exciting, it raises more questions that need to be answered. How many people would actually be willing to go through a diet consisting of only 634 kcal for eight weeks to reverse their diabetes? Better yet, how many people could finish the diet and then when going back to consuming normal foods be able to keep the body fat off? What is the long term effect of following such a diet to rid yourself of type 2 diabetes? That’s still unknown. The researchers were quoted saying, “not all people with T2DM will be willing to make the changes necessary, but for those who do, metabolic health may be regained and sustained in just under one-half. The observations carry profound implications for the health of individuals and for the economics of future heath care.”

Ultimately, if diabetes across the nation could be controlled or eliminated, not only would it save lives, but it would save millions of dollars and allow companies to also be more productive with healthier employees. So while this study will surely get people excited, there are many more unknown questions to answer.