by Geoff Roberts If you were to ask a large group of people derived from the general public, their opinion on the use of anabolic steroids, a m 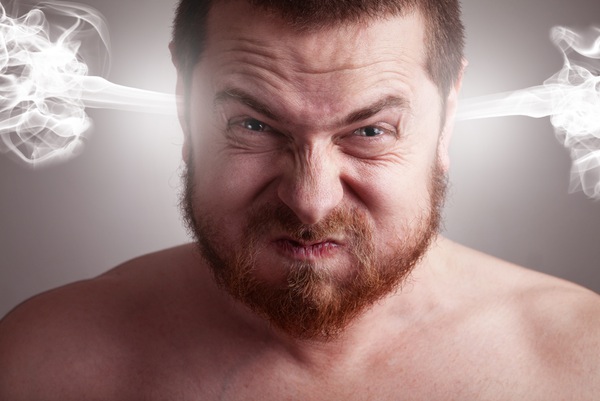 If you were to ask a large group of people derived from the general public, their opinion on the use of anabolic steroids, a minimum of sixty percent of them would more than likely conclude that steroids are terrible or your health, make you a cheater, and a raging maniac, in one way or another. The reason behind this fallacy is the same reason most ridiculous fallacies exist, the excessively twisted mainstream media and medical industry in this country. It is both interesting and frightening how the overwhelming majority of a society can believe something that has zero proof to back it up, and has never actually happened in history. Therein lies the extremely dangerous power of mainstream information and media outlets. Few examples of this power are more profound than the topic of “roid rage”.

I coined the idea that if the mainstream news reported that there were millions of cows flying around the county with some magical power, people would believe it without even glancing outside to check. The sheeple would tell all their friends about it and discuss it, failing to ever look outside in order to see if it was even true. The news and media both spew some seriously ridiculous “facts”, and people immediately take them to heart, blindly. Questioning things that one sees and hears is the most important practice for becoming and being an intelligent person, a practice that has been lost in massive quantities as of late. I once had a person who was upset with me state, “at least I don’t idolize roided out bodybuilders who snap and kill their family and themselves.” This was, for all intents and purposes, absolutely hilarious. However, it does legitimize my point that people are convinced certain things exist, that in reality do not, much like children and Santa Claus. What adults are to children in regards to the Tooth Fairy, the media is to the general public in regards to all different forms of information. Unfortunately, I am talking about full growth adults, not small children whose brains are not yet fully developed. However, sometimes it is hard to tell the two apart.

First things first, how many people have episodes of rage who cannot even name a steroid and have never even laid eyes on a steroid in their life? People lose their temper and have fits of rage all the time, it is an issue that millions of people deal with on a daily basis. With that being said, it becomes obvious that “roid rage” is more than likely just “normal rage” because a person who is prone to losing their temper decided to take steroids. They lose their temper hundreds of times, then they use steroids and all of a sudden, it’s roid rage! People are very easily wielded by flashy, “scary” stories on the news. Case in point, everyone is currently up in arms and terrified of school shootings and “terrorist attacks”, but they very rarely mention seemingly obvious threats such as drunk drivers. However, drunk drivers kill thousands of times more innocent people in our country then shootings ever have. As you can see, via a complete inability to think critically to any degree whatsoever, people really are pretty stupid.

The other interesting question I have about roid rage is, how is it possible that thousands of bodybuilders who are on steroids and restrictive diets spend most weekends of the year in airports with no incidents to speak of? Most people would agree that airports can be some of the most frustrating places there are. If steroids make you a raging maniac, one would assume that at least one of these thousands of bodybuilders who spend so much time in airports would have caused a scene or been arrested. Miraculously, I have never once heard of this happening in the ten plus years I have been closely following the sport. It must be a miracle!

Most brainwashed Americans at this point would ask “What about Chris Benoit?” or maybe even “What about Craig Titus?”. Craig Titus and his wife were charged with murder, yes. How this relates to his steroid use, I have no idea. There are hundreds of thousands of murders committed every day by people who can not even spell the word steroids. This murder also had to do with a mistress, which is an extremely common factor in murder cases. Not to mention, this was a calculated and thought out plan, not some spur of the moment fit of rage. Is it really logical to think that steroids had anything to do with this murder? I guess it could be if you are one of the millions of unfortunate sheeple who live by the “information” spewed by mainstream media outlets.

Chris Benoit murdering his wife and child, then killing himself, was a prime opportunity for the mainstream media to really hammer in their steroid brain washing. I can only imagine how excited these fat bastards were when this tragedy took place. To blame such a horrific act on a widely used drug that has never been accurately tied to anything even close to this in its entire history, is dumb enough, and the fact that steroids not being the cause even has to be argued, is pretty sad. In true media fashion, we were directly lied to and given only a tiny sliver of the information. Did you know that Chris was tested during the autopsy and his testosterone levels were normal? Of course not! That alone slams the door on the steroid blame, but wait, there is more. Did you know he had severe brain damage and had suffered dozens of concussions in his life? No way! Did you know that they found almost every prescription antidepressant known to man along with some other illegal drugs in his house? Not a chance! Of course you did not know these things, because these would hinder the media’s crusade to make all the sheeple believe that steroids are in fact satanic death weapons.

Much like marijuana, people will eventually catch on and realize that steroids are some of the least dangerous drugs out there, and can even improve some people’s health drastically in the right situation. I am only in my late twenties and I distinctly remember “learning” in junior high school that you could die from one puff of marijuana. You heard right. A mere fifteen years ago, I was taught that marijuana had the potential to kill a person the first time that they tried it, with only one hit. Sounds crazy now doesn’t it? Whoever might be reading this should keep this eye opening example of a blatant lie being told to us in mind next time they are melting their brain watching CNN or any other similar mainstream news network. Much of what is vomited out by the news and media is crazy, and hopefully in the next fifteen years or so people will wake up, as many of them have in the case of marijuana. So next time you hear that cows are flying around town, stop to think if that is a logical or likely scenario at all, then go ahead and look to the sky before preaching to others that cows can fly.