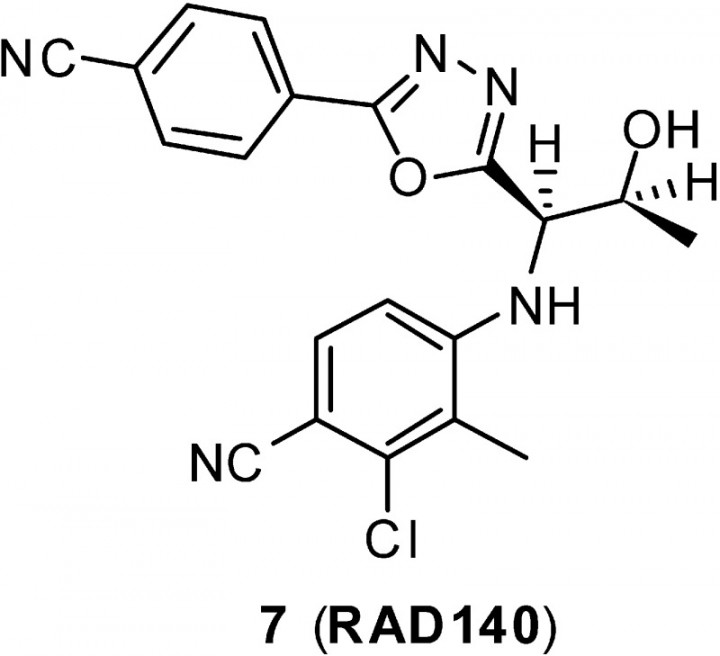 (a profile taken from his SARMS and Peptides e-book)

RAD-140 is a Selective Androgen Receptor Modulator produced by Radius Health, Inc.
This is one of those compounds that looks almost too good to be true. I’ll be upfront about it and say that I haven’t used it, but many have, so there is no shortage of user data to rely on.

RAD-140 demonstrates strong binding affinity for the androgen receptor, well over that of testosterone and approaching that of DHT. In terms of its anabolic properties, in castrated rodents, it is nearly as anabolic as testosterone (on a milligram for milligram basis), but not as androgenic (as measured by prostate and seminal vesicle growth). (1) 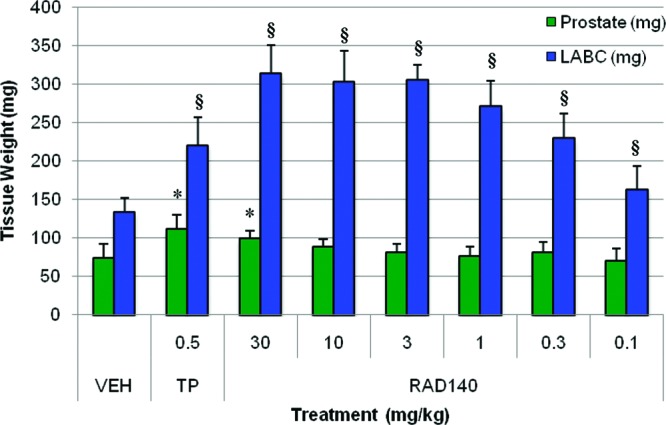 Castrated animals are often used to determine “true” anabolic and androgenic effect, as they have basically no circulating gonadatropins (or gonads, actually).

Using a combined regimen of both testosterone propionate plus RAD-140, it was found that a high dose of RAD140 (10 mg/kg) actually antagonizes the effect of testosterone propionate (dosed at 1 mg/kg) on the seminal vesicles, and produced a downward trend in terms of prostate growth. This effect became noticeable at a dose as low as .3mg/kg. What this means is that, some of the prostate/seminal vesicle enlargement found with injectable testosterone administration was actually inhibited with the use of RAD-140. (1) 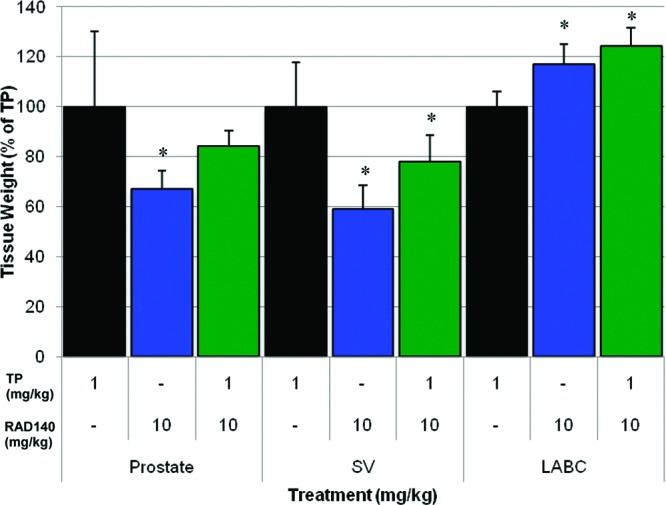 At the same time, there is an increased anabolic effect (as measured by LABC, or levator ani bulbocavernosus muscle) from the coadministration of these two compounds – which surprised me, because I had previously saw no compelling evidence to stack any SARM with anabolic steroids. But here, there is an additive (though not synergistic) effect on muscle growth, and potentially the implication that RAD-140 might be used in conjunction with a traditional androgen cycle, both for increased results as well as perhaps staving off some prostate enlargement.

However, while it seemed that RAD-140 reduced the side effects this same dose administered in conjunction with testosterone propionate actually increases the effect on muscle tissue.

The scientific team studying RAD-140 actually took things a step farther and looked at regular (non-castrated) young male rats At this age, the rodents would have circulating, but lowered levels, of endogenous testosterone, which would be far more relevant to an adult male undergoing androgen replacement therapy.

Here, what they found was that RAD140 increased muscle mass starting at the lowest tested dose (0.1 mg/kg) with no stimulation of the prostate until the highest dose tested (30 mg/kg). At 0.3 mg/kg, RAD140 demonstrated muscle growth similar to testosterone propionate at 0.5 mg/kg, but a dose of 30 mg/kg of RAD140 was required to approximate the prostate effects found with that dose of test prop.

Therefore, from what I’m seeing, RAD140 appears to be a highly potent and specific muscle-building compound, but a weaker, partial antagonist on the seminal vesicle and the prostate.

Again, I haven’t used this compound, but feedback has indicated that it produces nice gains in muscle and strength, as well as improving mood and sleep quality.

In cultured rat neurons and male rat brain, RAD-140 was effective in reducing cell death, and appears to be neuroprotective. This is something seen with testosterone, so it’s not completely surprising, but it suggests actions relevant to Alzheimer’s disease and related neurodegenerative diseases.(2)

Finally, RAD140 was investigated in a primate model (young, male monkeys) to establish dosing levels and anabolic activity, as measured by gross body weight at 0.01 mg/kg, 0.1 mg/kg, and 1 mg/kg. Unfortunately, this work was only done in three test subjects, but the results were encouraging: a mean weight gain of greater than 10% in just 28 days was seen at the.1mg/kg dose, although a similar dose was seen with the 1.0 mg/kg dose. 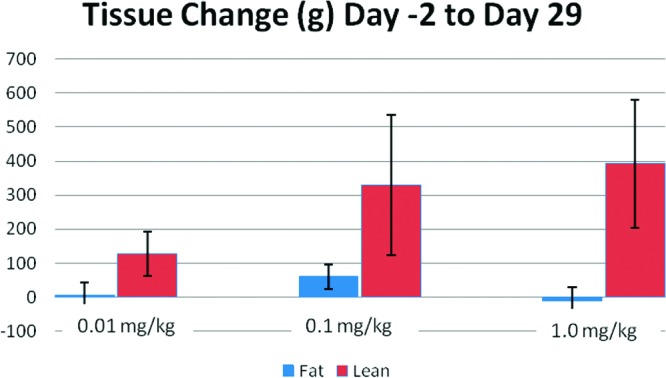 It’s worth noting that the lower of those two doses provided a more rapid weight gain for the four week trial, although they finished at the same end point, continued to gain weight for another two weeks, and by day 49 (three weeks later), both groups had lost weight, but equally in that respect. 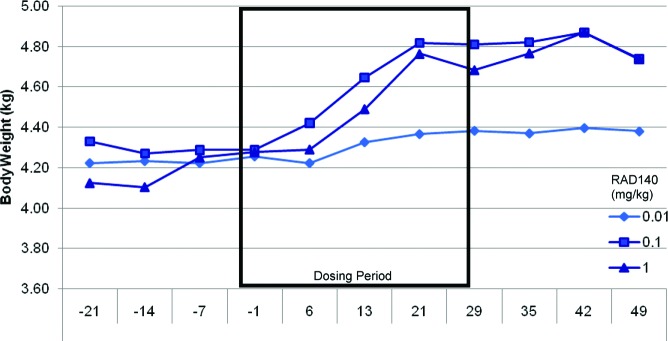 Doses range from 10mgs/day to 40mgs/day, with 20-30mgs being about average. Again, although I haven’t got personal experience with this SARM, I’m going to hazard A guess and say that it’s going to be very effective at doses as low as 10mgs/day for most people, and despite this, most will still choose to over-do it. My general experience with SARMs has been this way, with noticeable results being far lower than most online bros recommend.