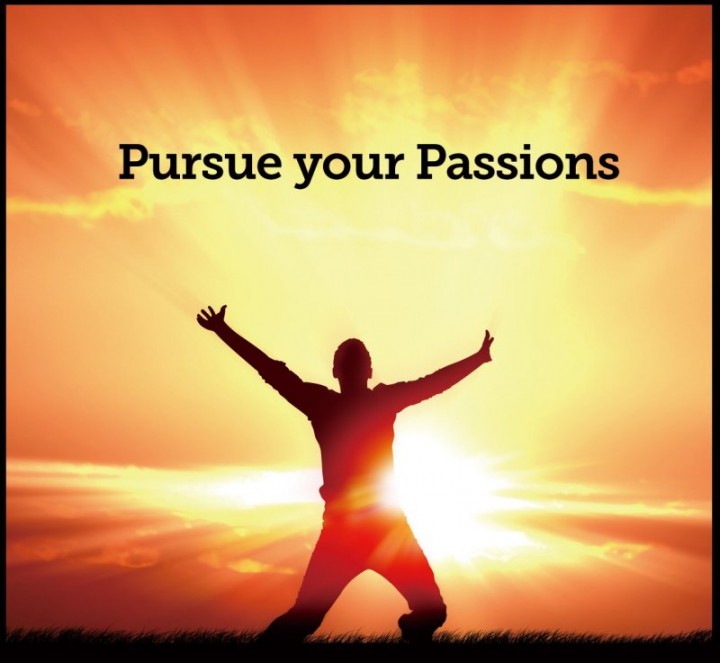 I often wonder how the strategies in which people make a living today got to this point. Who decided it was a good idea to have a boss and work for someone else? Who decided that it was perfectly normal to hate one’s job and or career? When it comes right down to it, there is really no reason that these ideas have to exist at all. If you hate your job or career, in general, you essentially are unhappy with what you are doing at least forty hours a week, for the better part of sixty years or so. In other words, you spend the majority of your life unhappy, in order to make a living. Is it really worth the “living” at that point? What kind of living is that? There must have been a time in the past when the majority of people made a living off something they were passionate about, a passion which in turn garnered them great skill in a particular field, as passions always do. Unfortunately, in these modern times, passions and careers are growing further and further apart.

It is almost as if people have been coaxed into believing that everyone hates their job, not just them, even though they are fully aware of individuals who make a very good living at a job that they love. Earning money has become synonymous with working until one’s hands bleed, sacrificing massive amounts of time, or being miserable in some other fashion. I cannot help but wonder why. What force makes earning money doing something one hates, more productive than acquiring money through a task or tasks in which one enjoys? When buying a new vehicle, does one purchase a car or truck that they hate driving, just because it might be more readily available at that time? If a person strides to be a great athlete, would he or she choose a sport they despise to excel in, or one he or she enjoys? Not only would this aspiring athlete obviously choose a sport which they enjoy, they would automatically be more talented at a sport they love and are passionate about, making success that much more likely. Why would anyone assume that a successful career would be any different? One can look at career decisions much like putting together a basketball team. Taller guys who are not talented at dribbling the ball are made centers, while shorter, faster guys who are efficient at handling the ball are made guards. In other words, in order to form an effective basketball team, you must place the players into positions which best suit their particular skills.

This very basic, seemingly obvious tactic, should also be applied to the workforce. People should work jobs that best utilize their most efficient talents. Not surprisingly, a person’s most proficient skills are almost always very closely connected to an industry or craft in which they are passionate about. How many people go to work at a factory, hate every minute of it, only to rush home and indulge themselves with what they love, be it golf, painting, football, cooking etc., while hundreds of thousands of other people make a living off of every one of those exact same industries. If one is waiting all day to partake in them and spends every moment of free time doing so, one more than likely has an extremely thorough understanding of whichever industry he or she loves, right down to the fine details. That in mind, why do the majority of people work a brainless job and waste their intricate knowledge of their given passion, along with all the joy it brings, on simple leisure? If one looks at the workforce and economy like the aforementioned building of a basketball team, wouldn’t it make sense for the majority of us to perform tasks in which we are most suited for, as a direct result of our passions? The way that I see it, this would improve just about everything, by eliminating a large number of the dreaded “professionals” who are merely professionals in order to collect a check, as opposed to the profession being a product of passion.

It has been said that money is the root of all evil. This notion exists, in part, due to the fact that the majority of people tend to put one’s buildup of money at the very top, or at least very close to the top, of their priority list. This obsession with collecting money often causes people to hastily jump into any job that is available, in order to earn money as soon as possible. The irony is, this tactic, more times than not, traps said individual in a job for years on end that pays very little, sucks up all of their time, makes them miserable, and ultimately prevents them from ever making any real money, which was their goal to begin with. There is another school of thought that feels as long as one is earning large sums of money, the number of hours worked and the extent to which the job destroys one’s happiness, is worth it. If a person truly believes in this school of thought, so be it. However, I refuse to fall into this sad category. I sometimes find myself wondering, if a person is working sixty hours a week at a job they absolutely despise, what is the money they are earning really worth? What use is this money if one is constantly stressed out and spends the overwhelming majority of one’s time at a miserable job? Is having a nice car really a luxury if one uses it to drive to a job one despises? To what extent can a person enjoy living in a beautiful home if he or she is almost always in a state of feeling overworked and stressed out?

People have made a habit of thinking that many negative things are simply the norm, and not much can be done about them. My theory is that people simply do not want to accept responsibly for the bad things that happen or are happening to them. Prime examples of this are seen in the medical field. People being under the impression that we have no power at all over whether or not we get cancer or get fat is like a new pandemic. News flash, living a healthy lifestyle drastically reduces one’s risk of cancer, regardless of what one’s fat ass may have been told and/or likes to believe. The same concept can be applied to one’s career, and more importantly, one’s happiness. No person, place, or thing should be responsible for a person’s happiness or success. Unfortunately, a staggering number of people are under the impression that success and happiness is merely the product of chance, association, or dumb luck. While success is in fact often the product of luck or inheritance, that is not to say that these uncontrollable circumstances are absolutely necessary for success and fulfillment. Not by a long shot. Life is far too short to be built around earning a living through, for lack of a better term, pain and suffering.