by Geoff Roberts The Cleveland Cavaliers recently won the NBA championship, largely thanks to of one of the most dominant athletes the planet h 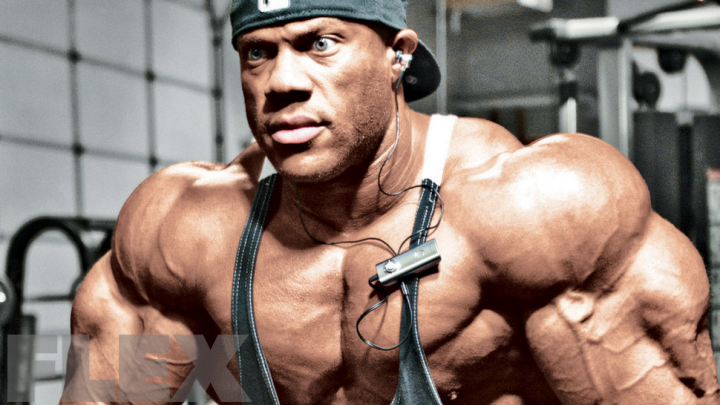 The Cleveland Cavaliers recently won the NBA championship, largely thanks to of one of the most dominant athletes the planet has ever seen: Lebron James. Lebron James is so genetically superior to most other professional athletes, he is able to dominate them as if he were the only professional on the court. The fact that Lebron chose to pursue basketball early in his life is one of the luckiest things that has ever happened to the sport. I use the word lucky only because there is no way that Lebron’s gifts are only useful in basketball. Any person who does not believe that Lebron could have been a top professional in pretty much any other physical sport on the planet, obviously got their hands on something good to smoke.

Nonetheless, Lebron chose basketball. Not only does Lebron’s choice to pursue basketball give the NBA an exciting player to watch and who keeps the sport interesting, but he will also inevitably inspire younger generations to pursue the sport. This is very important, as the entire reason that the NBA is filled with such genetic wonders is simply because of the number of young men who attempt to make it there. In regards to break-out big money superstars, young people entering a sport is like buying lotto tickets. The more that enter (the more tickets a person buys), the better the chance is of stumbling upon a one in a billion genetic mutant (getting a winning ticket). In the case of Lebron James, the NBA won the Powerball jackpot.

Unfortunately for the sport of bodybuilding, the number of young athletes entering the sport is not very high, which drastically limits the potential for unparalleled greatness entering the sport. In fact, our sport has really only seen one earth shattering superstar and his name is Arnold Schwarzenegger. This begs the question, what would bodybuilding be like if the IFBB had the potential financial gain and extreme popularity of an organization like the NBA? Assuming bodybuilding was one of the most popular sports on earth, the majority of people who are interested in athletics would give the sport a serious try at some point in their life. Proof of this fact can be seen in today’s youth athletics. I do not know the specific numbers, however I would imagine that the percentage of kids who try organized basketball must be fairly high.

If bodybuilding was extremely popular, it would also cause individuals to try it who, based on the sports that have all the popularity today, may have actually been persuaded to pursue a different sport based on a single physical attribute. Some of the greatest examples of this paradox include, unusually tall people naturally gravitating towards basketball and naturally powerful people being sucked into football. If you are of an elite genetic makeup in terms of athleticism and physical capability, while at the same time standing nearly seven feet tall, the chance of you pursuing a sport outside of basketball or football is minut. In fact, this could this be one of the reasons professional bodybuilding is all but void of men over six feet tall.

Every bodybuilding fan is aware of the visual impact a taller athlete has over a short bodybuilder on stage, or at least they should be. Classic images of Arnold Schwarzenegger and Franco Columbo come to mind. Despite the fact that Franco was probably more muscular, balanced, and conditioned than Arnold, it is difficult to even take Franco seriously when looking at these images, due to his height. The question then must be asked, if bodybuilding was the world’s most popular sport, would our Mr. Olympia be well over six feet tall? Some fans may say that tall guys do not have the right structure for elite bodybuilding, however, this thought is severely flawed. Examples of tall men with great structures exist inside our sport, such as Tony Freeman and Lou Ferrigno, as well as outside our sport, such as Lebron James himself.

Lebron James represents the numerous cast of characters who possess elite level genetic gifts in terms of structure and muscle shape, while at the same time being extremely tall. Any person who has recently laid eyes on the physical specimen that is Lebron James, would be foolhardy to assume King James would be unable to excel in bodybuilding. This becomes even more apparent when one considers Lebron’s astronomical level of dedication and work ethic. Anyone who knows how much work Lebron puts into basketball should have no problem agreeing that Lebron absolutely has the mental fortitude to compete in elite level bodybuilding. Lebron stands 6’8” tall and weighs roughly 255 pounds. At 255 pounds, Lebron’s superior muscle insertions and bellies, to a seasoned bodybuilding fan, are as obvious as the media siding with democratic candidates. The other aspect of James’ physique that sticks out like a sore thumb is the apparent ability of his structure to carry an exorbitant amount of lean mass without looking blocky. Case in point, at 255 pounds, his waist is still virtually nonexistent. The main physical attributes that allow this being a naturally tight waist and exceptionally wide shoulders. Even when standing next to other NBA man mountains, Lebron appears especially wide and imposing.

In order to get an idea of what a hypothetical bodybuilding version of Lebron James would look like at 6’8”, we must reference the names Quincy Taylor and Lou Ferrigno. The Hulk and Big QT are the official skyscrapers of the IFBB in regards to the last two decades or so. Quincy stood 6’4” tall and in his prime was capable of professional bodybuilding condition weighing just over 300 pounds. Lou, who stood 6’5’’, supposedly tipped the scales at close to an earth shattering 320 pounds onstage. If anyone remembers the day that Quincy earned his professional status, peeled to the bone, one will also remember the way that his height and structure, when in condition, made him look almost inhuman, and nearly unbeatable. It is also not uncommon to hear industry insiders claim that Lou Ferrigno was the most physically impressive bodybuilder they had ever laid eyes on.

It is not out of the question to say that King James has at least as good of a structure as QT or Lou, possibly better, with his ultra wide clavicles and tight waist. Based on Lebron’s current build, being a aerobic based athlete and taking little to no performance enhancing drugs, it is safe to say that Lebron more than likely has the ability to pack on enormous amounts of muscle, assuming that was his goal. With this, as well as Quincy’s and Lou’s on-stage body weights of 305 and 320 in mind, an accurate estimation of King James’ competitive body weight could realistically be as high as 345 pounds. This means that if Lebron James had become a successful bodybuilder instead of basketball player, his stage weight would be roughly 100 pounds more than our current king, Phil Heath. Not only that, but Lebron would outweigh the next heaviest competitor, Big Ramy, by about fifty pounds.

The bodybuilding popularity hypothetical would also draw numerous other monsters of the genetic lagoon to the Olympia stage, instead of the NBA finals or Super Bowl, where they reside now. This situation may or may not cause the Olympia lineup to consist of multiple giants, tipping the scales well over the elusive 300 pound mark, possibly creeping closer to 400 pounds. It creates an interesting dynamic to ponder whether or not a 5’9” 250 pound Phil Heath, a 5’10” 255 pound Rhoden, or even a 5’10” 300 pound Ramy could survive among these hypothetical human mountains. The Everest of these mountains could very well be a 345-plus pound shredded Lebron James. Is it possible that Lebron could have treated guys like Phil Heath and Dexter Jackson like utter children onstage, as he does in the NBA with other professional basketball players? Luckily for Phil and Dexter, we will probably never know the answer to that question.