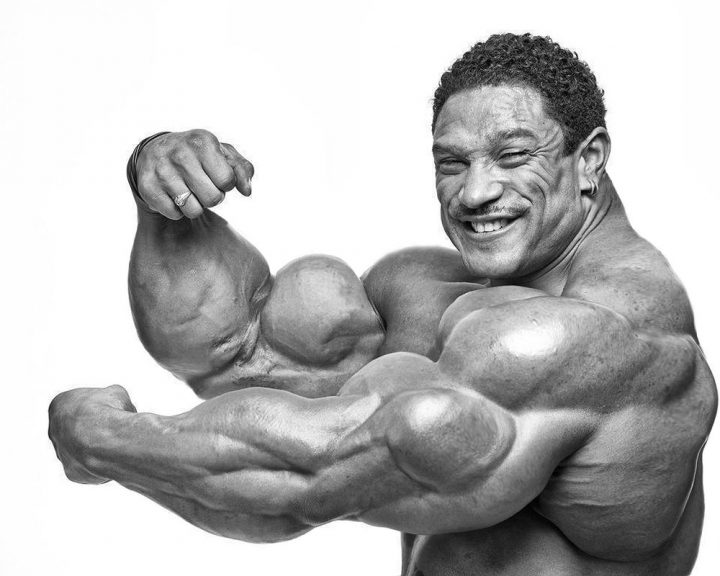 While there are plenty of amazing gyms here in the United States, I’m not sure anything can come close to Oxygen Gym over in Kuwait. We’re talking about a multi-level facility with state-of-the-art equipment and all the amenities that anyone would want in a gym (and then some)—not to mention, some of the best bodybuilders in the world are coming out of Oxygen Gym right now.

It’s hard to imagine what Roelly Winklaar looked like a year ago after shocking the world with what he brought to the stage in 2016. Not only did he get bigger which I didn’t think was humanly possible, but his conditioning was spot on. One of his most criticized aspects of his physique, his abdomen, even showed amazing improvement and control on stage. In 2016 his new and improved 2.0 physique gave him the IFBB Bodypower Pro win. We also witnessed a revitalized Victor Martinez emerge from Kuwait and bring his best to the stage at the Baltimore Pro where he took first place. Roelly and Victor aren’t the only guys who have been training at Oxygen Gym. Maybe you have heard of the guy who goes by the name of Big Ramy? You know, that 300+ pound monster that everyone seems to be talking about lately. Even guys like Nathan De Asha and Jon DeLaRosa are kickin it with the Camel Crew over in Kuwait. Dennis James who works with a bunch of professional bodybuilders has been training a bunch of his clients over there and prepping them for their shows.

So what’s the secret to Oxygen Gym? Why are so many bodybuilders going over there to train at Bader Boodai’s Oxygen Gym? Why not Gold’s Gym Venice or Bev Francis’ Powerhouse Gym? To be honest, I think it has something to do with the drugs over in Kuwait along with the fact that there’s no distractions over there. These bodybuilders have the ability to train, eat to feed the muscle, and then rest in order to build and repair. They don’t have the hustle and bustle of life as we know it over here in the United States. Things over in Kuwait are laid back where a bodybuilder is able to focus solely on his training and contest prep.

Are the trainers over in Kuwait more knowledgeable than the “gurus” over here in the states? I wouldn’t say so. In fact, if you look at some of the trainers that are jacked here in the United States and compare them to the trainers over in Kuwait working with some of these pro bodybuilders you would find that these trainers aren’t big at all. In fact, you might throw out the, “do you even lift bro?” quote. Some people are joking that the trainers over in Kuwait have these bodybuilders eating the “anabolic chicken”. This is another phrase for anabolic steroids, anabolics, drugs, juice, vitamin T, whatever name you would like to insert here. Are the drugs over in Kuwait better? Possibly. Could they be stronger and less diluted than what’s available underground here in the US? Probably. But in my opinion and my opinion only, I truly feel that the combination of the drugs and complete focus on training and resting is what’s fueling these bodybuilders right now and transforming their physiques. I don’t believe it’s strictly that the drugs are better in Kuwait. So unless someone can tell me that indeed the drugs are untouchable over there compared to the states, I’ll stick to my assumption.

Whatever the reason that bodybuilders are finding Kuwait the place to be, they must be saluted for what they are doing over there. They have a great group of trainers and an amazing facility, unlike anything I’ve ever seen—and I’ve traveled all across the US visiting gyms when I was working with MET-Rx. I tip my hat to Bader Boodai and his crew over there. It’s because of them that we are seeing some of the most amazing physiques to ever grace the bodybuilding stage. With 2017 around the corner, I can only imagine what they have in store to kick off the new contest season. I’ll be sitting here patiently waiting.