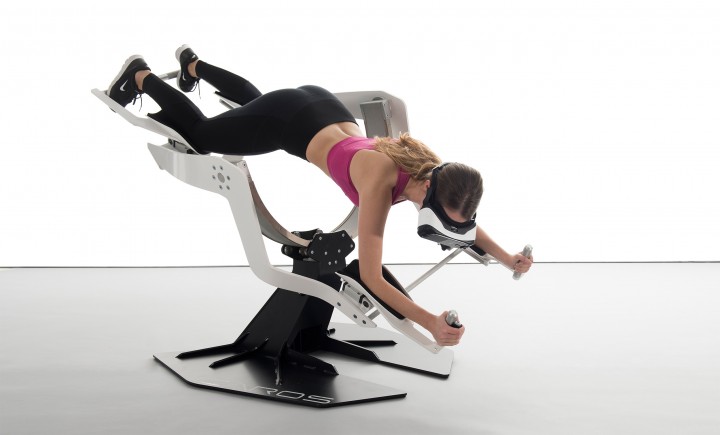 Gaming nerds unite! Actually, this isn’t just for gamers. Virtual reality seems to be knocking on our doorstep with new technology coming to the market. The newest craze is the Oculus Rift virtual headset that so many people are raving over. For many this will be super exciting, for others I’m sure they could care less. The biggest markets for VR will be the gaming market as well as (believe it or not) the porn market. So all you guys living in your mom’s basement really won’t have a reason to get off the couch and see natural light or fresh air. Have fun playing your video games all day and dry humping air when you get lonely. Weirdos.

Virtual Reality Not Just for Gamers

For those of you who are into fitness (which is probably most of you since you’re reading this article), there’s good news as VR will also be coming to the fitness industry. Hong Kong is currently rolling out this concept in a training studio for spin classes. The studio houses a 270-degree VR screen and is the first of its kind. Exercise enthusiasts come in and attend the class in hopes of not getting bored halfway through. In fact, the concept is blowing up.

Pure Fitness in Hong Kong and Les Mills are designing the content for the spin class and the details sound really interesting. Some gyms are even using the Oculus Rift virtual headsets mentioned above and allowing the cyclists to ride through remote locations and take their mind off of stationary pedaling. By using the Oculus Rift headset, if you have a stationary bike at home or a road bike with a stand that allows you to pedal without actually moving, you can utilize the VR platform right in the privacy of your own home.

What Does VR Mean for the Fitness Industry?

Well, if you ever took a spin class you’ll know that you’re staring at a mirror, the instructor, or the person’s butt in front of you—not to mention if you’re not used to the class you’ll leave feeling as if you were violated. If you don’t know what I mean, go take a class and by the end when you get off you’ll know exactly what I’m talking about.

Now, with the advent of VR, you can cycle through some of the world’s most exotic locations. They are calling it “Immersive Fitness.” And their goal is to be able to remove yourself from reality and be fully engrossed in animation and music through the VR platform. This gives exercisers a new way of making fitness/cardio fun and not so monotonous.

Some parents are especially thrilled at the idea of getting their children excited about exercise—although to them it would be a “game” and not so much thought of as a workout. Games will have avatars who you will play against to keep things fun and engaging. Many users of the VR platform who have been a part of the spin class mentioned above said after a few minutes you totally forget you are in a game and you feel as if you are truly in that environment. They also mentioned that due to how real it becomes and how your mind/body play tricks on each other, everyone in the class needed to sign a motion sickness disclaimer before the class began.

Cardio isn’t the only form of exercise the programmers are considering. Another platform they mentioned is yoga. They spoke about how amazing it would be to go through a class that had sun salutations on the summit of Mount Everest. Or doing yoga on a beach at sunset with the sounds of the ocean in the background. The sky is the limit and their imagination is the only thing holding them back.

While there are a lot of great ideas floating around, they don’t come without a very hefty price tag. The costs involved in making a VR “game” are not cheap and if it fails there’s a lot of money that ends up going down the drain. For that reason, designers and programmers are putting in a lot of time deciding what games they want to create and bring to market.

While the thought of lifting weights literally anywhere in the world sounds amazing, I highly doubt we will ever see a “virtual weight room”. The thought of moving heavy weights around in la-la-land seems like there would be some liability attached. Each game would probably come with the business card of an attorney in the packaging. It appears that stationary cardio exercise will be the main niche for virtual reality exercise market as well as things like yoga and Pilates.

But let’s dream for a minute here and just throw out a quick wish list. What if a VR game was created that gave you the ability to lift weights while using something such as the Oculus Rift headset? Giving you the ability to travel back in time and be standing inside Gold’s Venice where you are able to train (virtually) with the likes of Arnold, Lou, Franko, and other bodybuilding legends by your side. Or the ability to take you to Texas where you can train with Ronnie Coleman at Metro Flex. While it’s a total longshot, how cool would that be?

How Much Will It Cost?

If you are considering VR exercise and are thinking about moving forward and purchasing the headset, you’ll need to shell out some major dough. According to the Oculus Rift website (http://shop.oculus.com/en-us/cart), the headset alone is going to cost you $599 (plus tax and shipping). Due to the high demand you are only allowed to purchase one unit and it won’t ship until the August 2016 timeframe. And don’t forget about the cost of the games that you will need to factor in. While the $599 won’t turn off many people (it’s pretty much in line with other game systems today when they launch), I think it will be the curiosity that will kill the cat (or wallet). People will want to know what VR is all about and what the experience is like. For that reason, I feel Oculus Rift will be a huge success and from there, many other competitors will come out of the woodwork to create their own VR headset or device.

For years everyone has been on the virtual reality bandwagon wondering when something will finally be available that takes people out of our little box we live in and into the world of imagination and 3-D. While the 3-D televisions are cool, VR gaming will take things to the next level. Being interactive puts a new twist on the feeling of simply being in the setting. Now you get to interact with things and objects as if you were literally in that VR space. You can pick items up, throw them, kick them, build with them, etc.

A friend of mine was recently in Vegas for a technology conference. There were several vendors and manufacturers there pushing VR and what the future holds for it. Ultimately from what they were saying, the VR market could easily be a billion-dollar industry in no time at all.

If this all sounds interesting to you, save your pennies and make sure to give some of these VR platforms and devices a try. I for one will definitely be interested in trying it out and seeing what the virtual reality world has in store for the consumers. I’m sure another major game category will be action games similar to Halo and the likes. I’m excited to see where the virtual reality industry goes in the next several months and I’m sure a lot of you are interested as well. More to come…