Nervous System Stimulants and the Bodybuilder 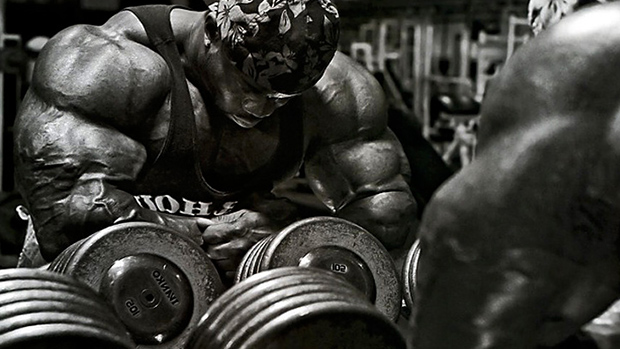 Anyone who has even the slightest bit of insight into the supplement industry is well aware of the popularity of traditional nervous system stimulants among not only bodybuilders, but the entire fitness community. Typically included as part of a comprehensive fat-loss or pre-workout product, stimulants are used by millions of people on a daily basis for a multitude of reasons. Even coffee (i.e. caffeine), which is the most widely used drug in the world, is included among this group. The benefits of these drugs are well-documented and numerous, including increased energy, improved mental and physical performance, accelerated fat loss, heighted mood, and about a dozen others.

There’s no question that stimulant-based products possess real value when used properly. Otherwise, there wouldn’t be so many people using them. For this reason I am not going to focus on their perceived benefits, but on an area of research that much fewer of you are adequately informed—health risk. Although these drugs can certainly be administered safely, improper use can cause a variety of problems that are not only harmful to one’s health, but which directly oppose the goals of a bodybuilder.

In most cases, those who engage in irresponsible use do so either out of ignorance or addiction. Either way the end result will be the same, so it pays to know in advance what these potential problems are and how to avoid or at least deal with them. As we begin to go over these issues some of them may be immediately familiar to you, while others you may find yourself learning about for the first time or acquiring additional information in the subject. Having invested a considerable amount of learning in this area—both from both a real-world and clinical point of view, and with it being relevant to such a large number of people—I felt it deserved its own article at least once.

The first thing to understand about nervous system stimulants, which encompasses drugs like ephedrine, DMAA, DMBA, caffeine, amphetamines, etc, is that they are all potentially addictive. As a result, they can and will alter your brain chemistry in unwanted ways. Many stimulants have been clinically demonstrated to cause significant, long-term impairment of neurotransmitter function, particularly in the dopaminergic system. By damaging dopamine neurons, the brain’s ability to normalize synaptic concentrations of dopamine is inhibited, thereby leading to a barrage of physical, emotional, psychological, and mental side effects, including: depression, irritability, fatigue, lack of motivation, inability to derive pleasure from daily activities, cognitive decline, and many others. Depending on the degree of damage present, this side effect can be quite serious, taking many months (and depending on the drug, possibly even longer) before normal functioning is restored.

Many chronic stimulant users don’t fully realize the situation they are in because their current use is keeping dopamine levels elevated via artificial means. As a result, side effects are prevented from emerging. However, should the individual stop administering these substances, the above mentioned side effects begin to manifest in short order, making abstinence difficult and resulting in a degree of physical-psychological dependence. The extent to which this internal tinkering ends up being problematic is dependent on a number of factors, two of the most important being dosage and frequency of use. Quite simply, the more the brain is exposed to these chemicals the more likely one is to develop problems leading to psychological and/or physical addiction. Consequently, as soon as the individual goes off and begins to experience these negative effects, they often go right back on.

One of the more well known side effects of stimulant use, and which many have written about extensively over the years, is vasoconstriction. A simple process to understand, vasoconstriction is when the blood vessels become narrowed or constricted, and are no longer able to transport blood throughout the body efficiently. This has a multitude of negative effects, particularly for bodybuilders and those with pre-existing cardiovascular conditions. When blood vessels are in a constricted state, blood flow to the brain, digestive system, and muscles is diminished, preventing the optimal delivery of oxygen and nutrients to working/recovering muscles. It also leads to a reduction in muscle pumps, decreased endurance capacity, diminished surface vascularity, and an impaired clearance rate of metabolic waste products. Ultimately, this leads to decreased recovery, performance, and growth.

As mentioned above, vasoconstriction also has deleterious effects on the cardiovascular system, including elevated blood pressure, increased heart rate, and/or heightened cardiac output. With PED-using bodybuilders already being exposed to several cardiovascular/renal risk factors, adding fuel to the fire will just make things worse, ultimately increasing the risk of experiencing heart and even kidney damage. This makes vasoconstriction one of the more serious side effects in those with pre-existing cardiovascular conditions.

This next one is particularly devastating to bodybuilders and even if it was the only side effect on the list, it should be enough to make someone think twice before abusing this class of drugs. I am referring to cortisol elevation. As the most catabolic hormone in the body, cortisol is the last thing a bodybuilder wants more of. This hormone contributes to decreased muscle growth/increased muscle destruction through multiple mechanisms, including: accelerated protein breakdown, reduced insulin signaling, and the inhibition of amino acid uptake. Basically, this stuff does everything you don’t want it to do. Although necessary for survival, excessive amounts are bad news for the bodybuilder through and through, so moderation is key.

Closely related to cortisol elevation and commonly encountered among chronic stimulant users is a condition known as adrenal fatigue. This is when the adrenal glands become incapable of producing normal quantities of the necessary adrenal hormones, such as epinephrine, norepinephrine, glucocorticoids, DHEA, etc. While an accurate diagnosis may require the aid of a physician, external symptoms (which are often masked by the use of stimulants) frequently include depression, sleep disturbances, irritability, fatigue, and a low tolerance for physical and emotional stress. Typically, these side effects don’t manifest until the offending substance(s) has been discontinued, so there is often no indication that adrenal fatigue has occurred until it is too late. This is something you want to avoid at all costs…because once you’ve entered this state it can months or even longer to recover from, even when taking steps to address the problem.

Although not directly harmful to one’s health or bodybuilding progress, appetite suppression is routinely caused by stimulants of all types and can have an indirect, adverse effect on muscle growth. The degree to which this side effect is takes place can vary enormously from individual to individual, with factors such as compound type, dosage, and personal response all playing a significant role in determining how bad it is. There really isn’t much to be said about this topic as the potential negative implications are obvious, especially for those who already struggle meet their daily dietary demands.

The last side effect were going to address is insomnia. When used too close to bedtime stimulants can make sleep difficult, which has prompted some companies to produce stimulant-free fat burners and pre-workout products for nighttime use. As one of the three foundational pillars of bodybuilding success (training and diet being the other two), failing to get enough quality sleep can have a profound impact on the body’s ability to recover and grow in a multitude of ways. Some of these include increased cortisol production, impaired immune response, hormonal deregulation, insulin resistance, and of course, a reduced rate of cellular repair. So, if muscle growth is the goal sleep should be prioritized by taking steps to ensure it proceeds uninterrupted.

At first read this article may appear to have an anti-stimulant vibe, but that is not my intention at all. You see, I use stimulants every day (caffeine being my personal favorite), but in order to avoid the side effects mentioned above, or to minimize them to the point of irrelevance, their use must be tempered with a measure of common sense. If using external symptoms to gauge over-indulgence, one of the most obvious signs that someone has gone too far is if they need to use these drugs on a daily basis just to feel or function normally. In short, if you can’t go cold-turkey without succumbing to dysfunction, then it is something you need to resolve.

In general, those who engage in heavily stimulant use on a regular basis are going to develop physical and possibly psychological dependence. You just can’t use these drugs daily, outside of low-dose use, and not expect the body to adapt on a physiological level. Even low-dose use, such as 1-2 cups of coffee daily, will still result in a measure of addiction, but it is normally mild enough so as to not cause problems. Still, don’t think that coffee is inherently innocuous either, as excessive use can cause all of the same side effects listed above.

While stimulant-based fat loss products typically require daily use in order to optimize results, as a general rule, if they are used for any other reason, their use should be limited to 4 or so times per week (when utilizing heavier doses of stronger products). If you do use them more frequently than that, then their use should be interspersed with at least brief periods of time off, thereby allowing the body to restore normal neurotransmitter production-function before more severe issues begin to develop. The bottom line is that while responsible use can provide numerous benefits at minimal risk, abuse can result in long-term harm adversely affecting nearly every area of the user’s life. By smart and use your stims responsibly.