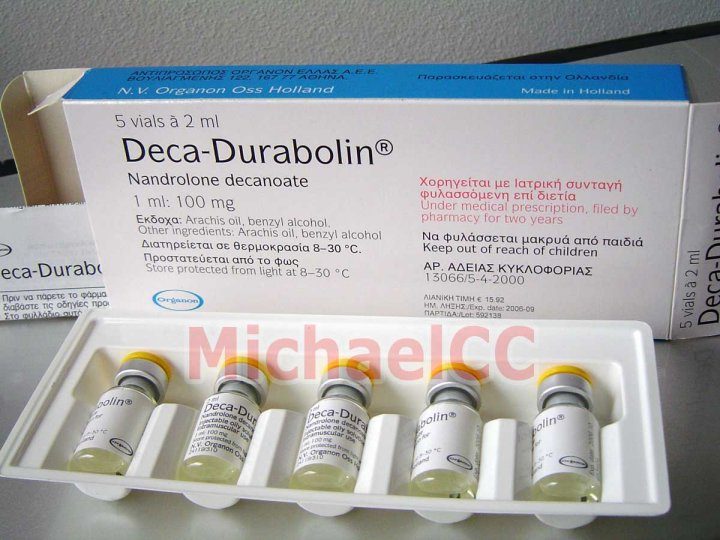 I cringe every time an athlete gets caught using Nandrolone (Deca). Its reputation as an incredibly effective anabolic steroid is perhaps only surpassed by its reputation for being easy to detect. It’s one of the eighteen steroids that every standard doping screen tests for. It generates a ton of well-documented metabolites, which last for up to eighteen months. And it has a very low threshold for detection. It’s literally the worst choice an athlete can make, if they’re going to be tested.

But it’s so damn effective.

Nandrolone (often called Deca, after the trade name “Deca-Durabolin”) has been widely used since the ’80s, and was likely the single most popular anabolic steroid straight through into the ’90s. It was (and still is) used successfully by bodybuilders and powerlifters for everything from gaining muscle to losing fat, and getting stronger alone the way.

Still, thats what steroids do: they help people get bigger, leaner, and stronger. What makes Nandrolone unique is its effects on joints…for whatever reason, it just makes joints feel better; heavy lifts don’t hurt and old injuries seem to disappear. Nandrolone increases gastrointestinal and renal tubular absorption of calcium and decreases bone re-absorption, while also stimulating formation of extra-osseous collagen and soft tissue. Nandrolone doesn’t just make you “feel” better, it helps to heal you.

An intreresting fact about Nandrolone’s positive effects on joints and connective tissue is that bodybuilders and powerlifters were the first to discover them, and only later did the scientific and medical community begin performing studies that confirmed this trait.

It’s really an ideal steroid for athletes – which sucks, because it’s probably the single easiest steroid to detect in urine. So while it’s an awful choice for drug-tested athletes (read: the worst), it’s a really great choice for anyone else…especially men on hormone replacement therapy. 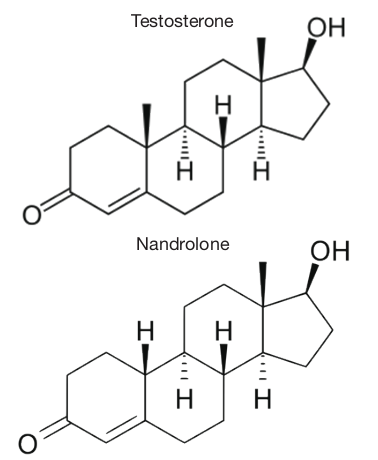 Structurally, Nandrolone is testosterone with one less carbon atom at the 19th position – which is why it’s often referred to as 19-nor testosterone (nor is a negative clause, meaning “not” – so it’s literally testosterone, but not at the 19th position, where it’s missing that carbon). This modification allows it to binds to androgen receptors with a greater affinity than testosterone and gives it a higher anabolic rating with a lower androgenic component. It also makes it far less susceptible to conversion into a 5alpha-reduced version (and when it does, it’s not very potent), which means it’s far less likely to cause hair loss also. Similarly, it converts to estrogen at roughly 20% the rate of testosterone.

I’m not saying anyone should trade in their testosterone shots for Deca shots…I’m saying they should be used together. This is partly because Nandrolone has also been shown to be somewhat harsh on hormone levels, causing a rapid and severe shutdown of natural testosterone. And partly because most steroid users find that Deca-only cycles result in a degree of sexual dysfunction (the dreaded “Deca Dick”), which is ameliorated by the addition of testosterone. This is why nandrolones, and in fact all 19-nor steroids (trenbolone, etc…) are almost never used without additional testosterone.