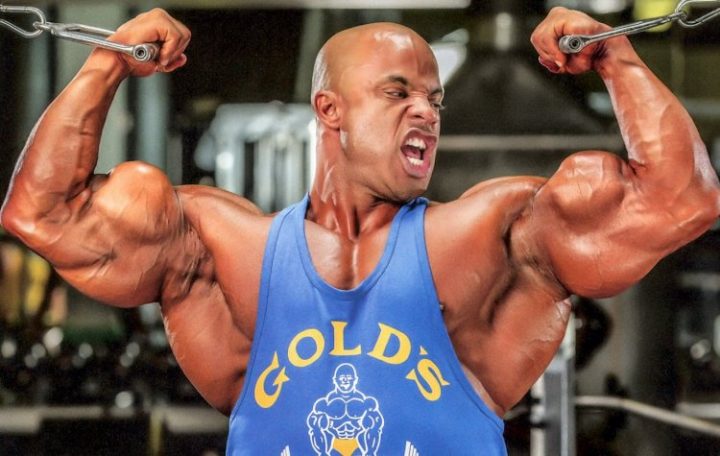 In 2007 I wrote an Arnold Classic preview where I had Dexter Jackson and Victor Martinez battling it out for the top spot. I predicted first place going to Victor with second going to Dexter—in which I was correct. In my opinion, 2007 was the last time we really saw a polished, well put together Victor Martinez. He went into the 2007 Olympia with a solid package as well but was a bridesmaid coming in second to a guy named Jay Cutler (you may have heard of him). Sure, he had a few wins after that such as the 2011 Arnold Classic Madrid as well as the 2013 Toronto Pro Supershow, but it just seemed like Victor’s physique has stalled.

Career and life ups and downs

In 2004 Victor was arrested after be busted for possessing and selling illegal drugs. What a way to start this segment, eh? No easing into this one. While no jail time was given, Vic had to sit out from competition and was clearly under the microscope moving forward.

In 2005 Vic was able to secure a 3rd, 7th, and a couple 5th place finishes. Then in 2006 Martinez settled for only two shows in that year—the Arnold Classic and the Olympia where he placed 3rd in both. 2007 was much like the prior year and Vic decided to only compete in the Arnold and Olympia once again. This year proved to be a much better year for him placing 1st at the Arnold and following that up with a 2nd place finish at the Olympia.

2008, however, started a downward spiral for Victor. The man who many thought had the potential to be a Mr. Olympia winner found himself trying to scratch and claw his way from tough times. While warming up for what would be considered a normal leg day, Victor tore his left patellar tendon. After having surgery, Victor was forced to sit out 2008 and become a spectator to the sport.

A year later in 2009, tragedy struck the Martinez family when Victor’s sister was found murdered at work. While justice was served to the man who committed the horrific act, Vic was left shaken and stunned. As tough as it was, Victor pushed forward with his training and placed 2nd at the Arnold Classic. Then yet again trouble seemed to find Victor. He was incarcerated for more than six weeks due to immigration violations. This ultimately killed a business that I personally frequented quite often during my travels through New Jersey—Muscle Maker Grill Edgewater, where he was a co-owner. What seemed like every visit, I would see Victor in the location. We would have a casual conversation, I’d eat my meal and back to work I’d go. My encounters with Victor were very inspirational. He was always nice and took time to chat with anyone who came up to him, even when he was eating at his Muscle Maker Grill location or hitting up a workout at the gym.

As noted above, a highlight of Victor’s career was his 2011 Arnold Classic win in Madrid. The party ended quickly as Victor was arrested after returning back to the United States. Due to an expired permanent resident card and his previous criminal record for possessing and selling illegal drugs, Victor was locked up and denied bail. After serving time and making it to his hearing, he was later released from prison and was able to remain in the United States.

With the 2016 schedule in full swing, Victor only picked out a couple shows to compete in. His first show was the New York Pro where he placed a solid 3rd and a second show being the Arnold Classic South Africa where he snuck into the top 5 with a 4th place finish. So where does that leave Vic in preparation for the 2016 Mr. Olympia contest? Well, he’s over in the sandbox currently.

Victor decided this year is do or die, and he’s right. Martinez isn’t getting any younger and Father Time doesn’t care if you’re a bodybuilder or not. Under the watchful eye of Dennis James, Victor decided to book a ticket and fly across the world to Kuwait. In case you live under a rock, these days it seems many of the top bodybuilders are training and prepping over in Kuwait. Dennis James has taken a good part of his team over to get ready to finish off the competition season strong and place well at the Olympia.

The big question is, can Victor rebound from a poor placing at the 2015 Olympia and become a contender again? In my opinion (as well as others), the answer is no. Will Vic be able to break the top 5? No. Top 10? I think so. Everyone that has been coming to the states from Kuwait these days has been freakish large and conditioned. Don’t believe me? Take a look at Roelly Winklaar. Winklaar was able to not only add size to his physique (as if he needed more), but he was able to nail his conditioning and place extremely well in his 2016 contests. His midsection was always scrutinized but coming into the 2016 season, Roelly seemed to have it under control. Bodybuilders seem to be putting in the time over at Kuwait’s most recognized gym for elite bodybuilders—Oxygen Gym. It’s there that many are jokingly saying they are feeding these bodybuilders some extremely anabolic chicken. It’s hard to argue with them when you look at the athletes training there and how their physiques look.

Overall, Vic seems to be taking his prep seriously leading up to the Olympia. From what we have all witnessed coming from Kuwait, it’s hard not to see Vic bringing a package unlike anything we’ve seen to date from him. Personally, I’ve always been a fan of his physique. I may stand alone with that statement but I’m willing to do so. I’m excited to see what Vic brings back to the states and what he’ll look like on stage next to the likes of Big Ramy, Phil, Dexter, Cedric, and yes, even Kevin Levrone. Overall, this could be one of the greatest Olympia’s we’ll see and be a part of. If you’re a true bodybuilding fan it’s hard not to be excited to see Kevin back on stage again, regardless of what conditioning he brings. Just seeing him in an epic battle with today’s generation of bodybuilders will be a sight to see. I wish all the competitors the best of luck and I’ll be sure to have my front row seat on my couch ready to watch an Olympia showdown for the ages.