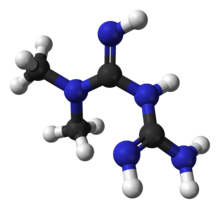 Metformin is an antihyperglycemic drug that operates primarily through suppressing glucose production by the liver. Bodybuilders have been using it for dieting since the 1990s, although it’s been around since the 1920s. It failed to achieve immediate mainstream acceptance in the medical community because insulin (which was discovered in the late 1800s) was first extracted and purified around the same time as investigations into metformin began.

So although it’s a highly effective drug, research into metform for use in diabetics became a non-issue with the advent of injectable insulin.

Diabetes mellitus (diabetes) is a group of metabolic diseases characterized by prolonged periods of high blood sugar levels; generally, two types of are thought to exist:

Although this is a gross oversimplification, insulin deficiency and/or insulin resistance are the primary cause(s) behind diabetes…ergo, because metformin was first described in the scientific literature at the same time as insulin extraction and purification was first accomplished, it went relatively unnoticed. With the primary treatment for diabetes finally in their hands, doctors weren’t looking to find additional treatments for the disease.

It wasn’t until the ’50s that studies began taking place and a commercial version of metformin hit the market under the trade name “Glucophage” (literally: glucose eater). Currently, it is the first line of defense in treating type 2 diabetes (well, the first line of defense after not eating a terrible diet and leading a sedentary lifestyle). So how did it end up as a performance enhancing drug?

By the ’90s, bodybuilders had started experimenting with insulin. Here’s why: after a meal, plasma glucose and amino acids are elevated. In response to that elevation, insulin is released from the beta cells of the pancreas, which facilitates the uptake of glucose and aminos into cells. Insulin, therefore, links macronutrient intake with elevated levels of protein synthesis in skeletal muscle tissue. This anabolic effect is mediated by numerous hormones and physiological signals, including mammalian target of rapamycin (mTOR). Increasing mTOR is highly correlated with an increase in markers of nitrogen retention and protein synthesis.

So it wasn’t a huge leap for bodybuilders to figure out that when they consume protein and carbs, adding a shot of insulin would help push more nutrients into their muscles. From there, it wasn’t long before they started looking for other agents that would have the same effect.

Metformin enhances peripheral (non-liver) glucose and amino uptake and use, while also increasing insulin sensitivity and receptor binding by inducing the phosphorylation of GLUT4 enhancer factor. This means glucose and aminos are getting into cells outside of just the liver – including muscle. And it does all of this while suppressing glucose production (gluconeogenesis) by the liver. With gluconeogenesis (conversion of aminos into glucose), one would logically assume that there are more circulating amino acids, and therefore a decrease in net protein breakdown.

A study in burn victims from the Department of Surgery at The University of Texas confirmed this hypothesis:
“… patients receiving metformin had a significant decrease in their plasma glucose concentration, the rate of glucose production, and an increase in glucose clearance. Metformin administration was also associated with a significant increase in the fractional synthetic rate of muscle protein and improvement in net muscle protein balance.” – Department of Surgery, The University of Texas Medical Branch, Galveston, Texas. Ann Surg. 2005 Feb; 241(2): 334–342. 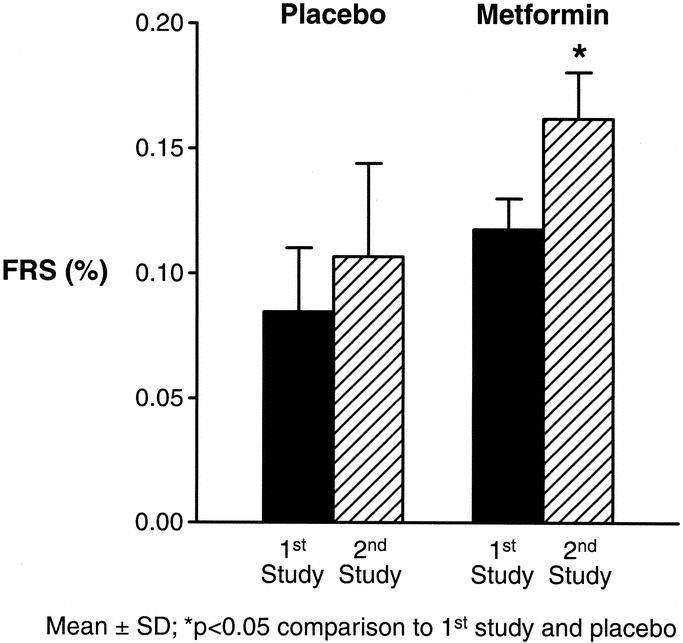 This is no huge surprise, as insulin sensitivity is likely to be a huge contributor to the anabolic process.
For dieting, metformin is a lot better than insulin, which typically needs to be used along with thyroid medication to avoid getting too fat…this is probably because although it has some of the same effects as insulin, it actually decreases the insulin-induced suppression of fatty acid oxidation.

Although it’s been around for a very long time (relatively speaking) for a pharmaceutical, we don’t completely understand all of its effects or even how it exhibits them. Chronic metformin use (defined as two years or longer) has been shown to be neurogenerative and neuroprotective, and produces a significant reduction in Alzheimers and other diseases with a similar pathology. It also seems to protect against certain types of cancers. It can also help reduce low density lipoprotein (LDL) cholesterol. But we don’t know exactly why (yet).

Metformin exerts some if its effects through activation of AMP-activated protein kinase (AMPK) along with inhibition of the mitochondrial respiratory chain, and even has a proposed effect on gut microbiota, all of which contribute to metformin’s primary intended effects, and may be contributors to its surprising neurological and chemoprotective effects.

For bodybuilders, especially in precontest mode or on a ketogenic diet, metformin is a no-brainer; it will not only make your body more efficient under those circumstances, but also help you get into ketosis more quickly. Personally, I’ve got little to no interest in bodybuilding; athletes who play an actual competitive sport (i.e. a non-aesthetic sport that requires more than flexing), metformin use would have to be weighed a lot more carefully.

For athletes who win based on aerobic capacity (VO2 max and the like), metformin might not be the right choice. It may interfere with the glycolytic phase of exercise (this is logical because it limits glucose production and release). Also, as noted previously, metformin decreases mitochondrial respiration, causing an increase in the specific link in the mitochondrial respiration chain devoted to uncoupling reactions. Cells that are subjected to chronic metformin administration will become inefficient in their ability to produce energy (great for burning calories, not so great for competing at middle and long distance events), and display increased degredation of glucose to and reduced glucose metabolism. We’re talking about a potential average decline in cardiorespiratory ability of 3%, but up to 10%, depending on physiological individualities:

“The decline in maximal cardiorespiratory capacity with metformin treatment was statistically significant but, on average, physiologically subtle. Although a 3% decline might be critical to the performance of an elite endurance athlete, it is unlikely to be of concern to the individual doing recreational physical activity to enhance health. Some individuals responded more robustly to the metformin treatment, with declines in VO2 peak of up to 10%.” – Impact of Metformin on Peak Physical Activity Appl. Physiol. Nutr. Metab. Vol.33,2008.

However, while it will likely reduce VO2 max, it appears that while metformin inhibits the glyclytic and aerobic pathway of energy production, it improves supra-maximal exercise performance in shorter-duration events:

I’m thinking that metformin is the right choice for sprinters, field athletes, powerlifters, and other athletes who require primarily short bursts of energy. American Football players would certainly benefit from it. Things get cloudier with MMA fighters, BJJ players, and wrestlers – they’re in a gray zone, in terms of how their time active-competing domains function relative to their their rest (between round) times. But get any of those gray zone athletes on a ketogenic diet that spans both training and competition, and I think we might be looking at a great choice.

Logically, because of its interplay with AMPK, it would make sense that metformin stacks well with AICAR (5-Aminoimidazole-4-carboxamide ribonucleotide, an an AMPK agonist). It also seems to lower testosterone in both men and women, so I’d be very cautious about using it without some form of testosterone or other anabolic steroid (or SARM). Since metformin is banned but not tested for, microdoses of testosterone would make sense for certain athletes (along with microdoses of EPO if they’re worried about a decline in VO2 max).