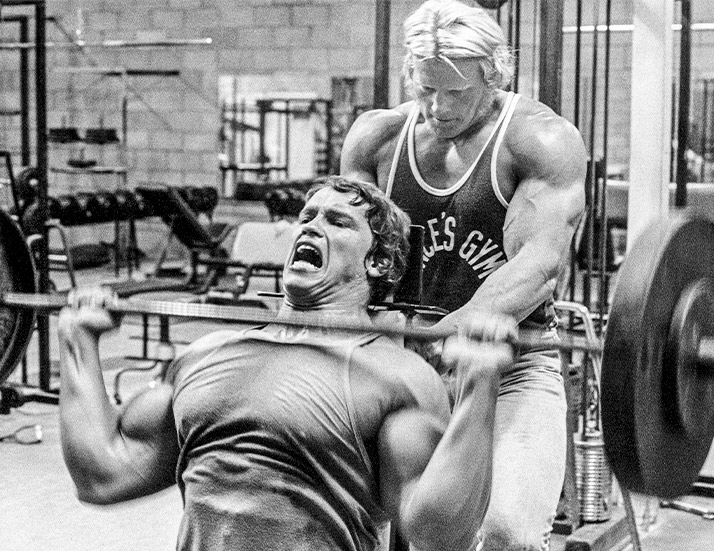 Much like growth hormone, insulin is a functional protein. Unlike proteins that are physical building blocks of muscle, insulin is a protein chain of amino acids that is folded in such a way that makes it act more like a signaling mechanism than a building block. Insulin originates in the pancreas, and once it leaves there it enters the bloodstream and travels throughout the body to various tissues, including muscle tissue. These tissues are lined with insulin receptors, and once the insulin attaches to the receptor, it signals the muscle cell to open it’s gates.

This allows glucose, amino acids, and other nutrients to enter the muscle. Insulin is the key to each cell, and this is why insulin is so important for building muscle. Insulin also initiates several reactions in the muscle that increases protein synthesis. It also decreases muscle breakdown, which leads to more muscle growth. Insulin has also been shown to allow greater blood flow to the muscle, and this helps to transport more muscle building nutrients to the muscles. The increased loading of glycogen into the muscle from insulin keeps the muscle full and it increases vascularity.

The release of insulin by the pancreas is a response to being fed. When insulin is released, the body stops using stored body fat as fuel to preserve energy. Instead, it turns to the nutrients that were just consumed for fuel. As I said, insulin acts as a key that opens the door to the cell to allow nutrients to enter, and this goes for fat cells too. An increase in the uptake of glucose causes the body to store more body fat.

A spike in insulin clears the blood of glucose, carrying it into muscle and fat cells. When too many simple carbs are consumed, a large insulin surge occurs, eventually leading to a crash where blood sugar levels bottom out. This crash causes a person to feel extremely lethargic and hungry for simple sugars, which will lead to yet another crash. It becomes a roller coaster like effect. This is bad for your well-being and for your physique.

Insulin has a good side that can greatly enhance a person’s ability to increase muscle mass, but it also has a bad side that can have quite the opposite effect. Insulin is a tricky hormone, but taking control over how your body uses it will determine whether or not you benefit from this powerful hormone or you allow it to soar out of control and negatively impact your health and appearance.

There are several methods to limiting fat storage with insulin while still giving you the ability to unleash its muscle building power.

Carbohydrates can be categorized into two basic categories: high glycemic index (GI) carbs and low glycemic index carbs. Created by Dr. David J. Jenkins and a team of researchers at the University of Toronto in 1981, to help diabetes patients manage their blood sugar levels, the glycemic index (GI) is a ranking system for foods containing carbohydrates. The GI number signifies how quickly a food triggers a rise in blood glucose. The higher the number, the greater the response. Foods with a low GI ranking break down slowly during digestion, resulting in a gradual release of glucose into the bloodstream. Foods with high GI numbers break down more quickly, causing an undesirable surge of blood glucose and a resulting surge of insulin.

In order to be in control of insulin it is very important to get familiar with the glycemic index of the foods you eat. Certain foods, such as potatoes, rice, and oats can have GI numbers that vary widely. There are several reasons for these value variations. Assorted types of potatoes for example, contain varying amounts of fiber. A white potato provides a rapidly digestible starch and has no fiber. The result is a high GI. On the other hand, despite its name, a sweet potato has a lower GI due to its rich fiber content. There are a number of glycemic index food guides available that give a listing of most foods and their GI.

At most meals, you will want to consume low GI carbs. This keeps insulin levels low, which helps to maintain energy levels and avoiding those unwanted blood sugar crashes. For years, many believed they were doing themselves justice by consuming high GI carbs before their workout. This created an insulin spike, and that crash again, before the workout was even over. If carbs are consumed before a workout, go with 20-40 grams of low GI carbs 30 minutes prior to workouts.

High GI carbs do have their place and shouldn’t be kept completely out of your diet. There are two times of the day when high GI carbs can be beneficial. One is after waking up in the morning if the goal is to gain mass. First thing in the morning, liver and muscle glycogen are low from fasting overnight. When glycogen is low for too long, the body can start breaking down muscle tissue to use for fuel. Consuming 20-40 grams of high GI carbs shortly after waking can restore glycogen and stop muscle breakdown. The other appropriate time to take in high GI carbs is following workouts. You will want to aim for 30-60 grams of fast-digesting carbs along with 40 grams of protein. The carbs will spike insulin, which will drive the carbs and amino acids from the protein into your muscles, creating a very anabolic environment.

Insulin has the potential to pack on tons of muscle mass while sending strength through the roof. However, when this hormone is not kept in check, it stops being that muscle building hormone we seek. Instead, it becomes a fat storing hormone. Also, when insulin levels are uncontrolled, it can have a negative impact on your health. Too much can lead to insulin resistance, Type II diabetes, obesity, cardiovascular disease, and the list goes on.

Being mindful of the GI of foods you eat and when you eat them will allow you to have total control over insulin levels, benefiting how you look and feel, and your overall well-being.