Marijuana and Alcohol; Brainwashing at its Best 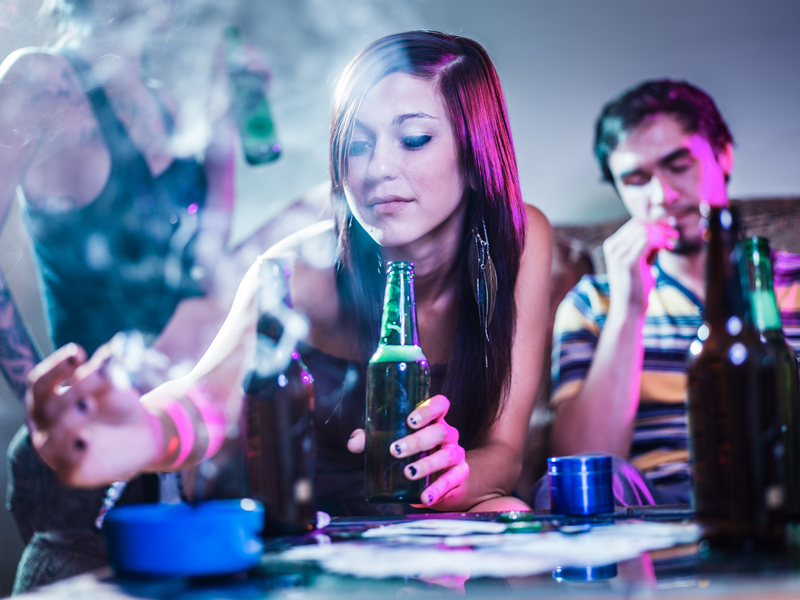 Discussions of marijuana vs alcohol are very powerful representations of how gullible and easily convinced of untrue nonsense the vast majority of people really are. Purely through the use of lies and propaganda put forth by the news and mainstream media, with zero evidence of anything, this massive herd of sheep which we call America, has been convinced that these two drugs are in some way comparable, in regards to the dangers they possess. If you reading this and thinking to yourself that they are not comparable, and that alcohol is rape to marijuana’s parking ticket, thank you for having a functional brain, you can stop reading now. For anyone else who might think that they are in the same league of danger, keep reading. Of course, the latter is potentially a pretty ignorant bunch, who has already stopped reading, as if I have some agenda that has to do with promoting weed and bashing alcohol. You got me! I am a pot industry lobbyist! I wish. Is there such a thing?

I feel that it is appropriate to state that I am not arguing for marijuana to be legalized, as I really do not feel that is a very important issue. If I was forced to choose, I honestly would have to do more research to determine whether or not full legalization is a good idea. That said, I certainly do not feel that marijuana laws should be more extensive. People who want to smoke weed can easily attain it and smoke it, whether it is for health purposes, or just to get high and relax. If it is legalized, I fear what our government may do to it. Add chemicals or other drugs that make it super addictive, as well as more harmful, raise the price five-fold, who knows. With all of the trouble our country is facing in regards to debt and corruption, battling for the legalization of a drug that is already readily available, is a bit nonsensical. What I am battling for is alcohol and marijuana being treated properly, and to diffuse the mass brainwashing that is the marijuana vs alcohol discussion.

What are we taught about prohibition? The same few facts are hammered into our heads as kids whenever the topic came up in school. It did not work! People still drank! It caused a huge rise in crime! This is clearly a calculated attempt at ensuring that it never happens again. Luckily for the people reporting this extremely misleading information on prohibition, critical thinking is not something that 98% of the population partakes in, so they just accept that as fact and say “durrrr prohibition was so dumb”. I have a few questions for you. Doesn’t alcohol cause huge amounts of crime when it is legal anyway? Of course it does. Do people still use meth and cocaine? Yup. Do meth and other hard drugs being illegal lead to more crime? Obviously. So why are these drugs still highly illegal? What is the difference? News flash, when you make a drug illegal, all of those things will happen, every single time, always. It is purely unavoidable, yet, people act as if it only happened with prohibition, because they are brainwashed to think so. Where are the classes teaching us about how meth being illegal is not working? Or heroin? Those drugs being illegal causes the exact same issues that prohibition supposedly did, yet, for the life of me, I don’t remember any classes in grade school about the war on those drugs failing miserably.

The point of making a drug illegal is for the criminalization of the drug to help in other ways, more than it harms via crime and “people still doing it”. In regards to prohibition, what about the rates of domestic abuse, or liver disease? Were you ever taught that all of those particular categories improved significantly during prohibition? Of course not! If there had been more cars like there are today, it would have absolutely, positively cut down on drunk driving accidents as well. The truth is, prohibition worked at least as good as the criminalization of any other drug has ever worked. The only way that it did not work was in regards to making money, which is classically the source of most evil, and low and behold, the most destructive drug in human history became legal again, and we started getting sicker, driving drunk more often, and beating our wives more frequently again. Good thing we got rid of those pesky speakeasies though! I am not saying that we should criminalize alcohol, I am simply of the opinion that the way in which prohibition is portrayed to us in school is misleading, and only serves to protect the legal status of alcohol.

Ignorance truly is bliss. I sometimes wish I was unable to see how backwards so many things are in our society, but unfortunately, I was cursed with the ability to think critically and objectively. Innocent people die on the daily from drunk drivers. Read that again. Innocent people. People who do not even use alcohol. It happens frequently. Not rarely, not once in a great while, frequently. It destroys relationships, careers, people’s health, you name it, alcohol destroys it. That said, this is a drug that is not merely accepted by our society, but glorified. If you do not get shit faced, black out drunk when you turn 21 in this country, you are looked at like you have three heads. If you refuse to drink in college, you are a weirdo. Speaking of the reverse-education, money sucking, cesspool, that is college, about sixty college students per year drink themselves to death. Meaning they literally consume enough alcohol to kill them, while they sit in their dorm. Drunk driving is one of the top killers, potentially the top killer, of college aged people. I would love to see how many people either die, get seriously injured, get arrested or become bad alcoholics, from drinking so much while in college. I’m sure the numbers would be staggeringly high. Despite all of this, alcohol is not even taken seriously at all. It is served everywhere, it has become an integral part of our higher education system, and many of the main sponsors for our major sports (another area Americans are very effectively brainwashed), are in fact alcoholic beverages. The fact that the majority of Americans see no problem with this situation is the epitome of sad.

Then we have marijuana, the drug that kills less people than drinking water, and I am not talking about contaminated water, I literally mean that more people drink themselves to death with too much water than die from pot. The main reason for this being that nobody really dies from pot, ever. Nevertheless, people have discussions on the daily about which is worse, marijuana or alcohol. Can you think of anything more unintelligent than that? Our media has literally made people believe for years that a drug that kills nobody, ever, is worse for you than the most destructive drug, hands down, in our society, that kills millions a people every year. This causes me to wonder, is there anything the media could not convince the American sheeple of? Many months ago, our president made the statement during a speech that essentially claimed marijuana is no worse than alcohol. Now, any person with a working knowledge of these two drugs will be fully aware that this buffoonish statement is on par with stating that parking crooked in a parking lot is no worse than rape, followed by murder. What a breakthrough! Although that may cause you to giggle, I am not exaggerating in any way. These two statements are equally preposterous. Nonetheless, you had people saying that Obama was out of his mind, because pot is far worse for you than alcohol. I wonder if these same people could be convinced to charge a person who is poor at parking with the same punishment as a rapist?

I realize that banning everything that is bad for us, or dangerous, is not the cure. In fact, I feel that most all drugs should be legal, but heavily regulated. The regulation of alcohol, as it stands, is an absolute joke. People drive drunk every single night in every single town in America. Zero tolerance! Our justice system obviously has no clue whatsoever what zero tolerance means. It means that said act is not tolerated at all. If you get caught driving 100 miles per hour and you blow a .12, meaning you are legitimately drunk, do you know what happens? You owe a couple thousand dollars in fines, and you lose your license for a few months. That, my friends, is called tolerating. Which, coincidentally, is the opposite of zero tolerance. I never understood, and never will understand, why driving drunk is allowed at all. People act like you can’t make the punishment too severe. God forbid we harshly punish people who are driving drunk and occasionally killing our innocent family members in the process! Too harsh? You need a lobotomy if you are of that opinion. People are not allowed to kill one another in our society, and the same exact rule should apply to driving drunk. Guess what would happen if a DWI was considered attempted murder? Drunk driving would all but disappear! That is why you yell at people you’re extremely upset with, as opposed to killing them. Also the reason why you do not rob a bank, whilst wielding a machine gun when you need money. The consequence is too severe to take the risk. See how that works? It’s like magic! Your dumb ass is not going to drive home drunk from Applebees when you know it is treated as attempted murder, I guarantee you that. If you still choose to drive home, you are too stupid to exist in society anyway, so good riddance.

Would it be too much to ask for our justice system to take the most dangerous drug in our country seriously, as opposed to just funding commercials and road signs that lie, claiming they take it seriously? The next time a person wants to argue that pot is even remotely close to as bad as alcohol, you can rest assured that person knows less about marijuana than an unborn fetus, and they blindly garner information from mainstream outlets, without questioning a word. It may behoove you to avoid taking anything that person says seriously, ever again, as they are simply an extension of mainstream propaganda, void of any original thoughts. Unfortunately, the overwhelming majority of Americans fit very nicely into this description. These are just my personal opinions, of course. Although, the word opinion is really just a cop out for people who are wrong to feel better about themselves. So, for that reason, I do not consider these my opinions, but my conclusions, based on the exceptionally rare acts of utilizing logic and thinking critically.