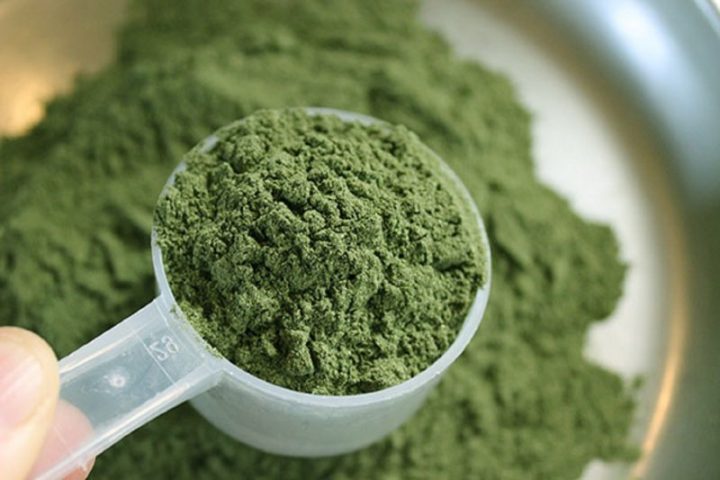 Kratom is one of those herbs that always seems to be on the periphery of the circles I travel in. Proponents claim that it’s a safe and legal way to get high, a natural painkiller, and even a way for addicts to detox. Typically, none of those attributes on their own would interest me…at least not enough to write about it.

So-called “legal highs” are almost always lame (as are the people who seek them out). And painkillers…well, I just don’t write about painkillers. None of the books I’ve written on Performance Enhancing Drugs have addressed them, even though many athletes and coaches (myself included) would argue that they are often indespensible tools.
Not writing about painkillers, I suppose, has been mostly an aesthetic choice.

Nobody would credibly deny that painkillers are widely used in all corners of athletics, from the injectable opiate Nubain, favored by bodybuilders, to the Vicodin pills that hooked Brett Favre. They’re not performance enhancing in the same way that anabolic steroids are, but they help athletes play and train when they otherwise would be unable.

So I wasn’t surprised when Kratom started making its way into the world of athletics. What surprised me was how widespread its use has become…and having played competitive sports at a level that has thusfar necessitated surgery on four seperate joints, I recently decided that experimenting with Kratom might be worthwhile (and aesthetics aside, writing about it).

Yes, this article is going to be one of those new-media-style “I did ______ for a week and here’s what happened,” except we’ll avoid the overused title format and faux-edgy tone.
For the remainder of this article, please keep in mind that what I’m giving you is information, not advice.

Kratom has a long history of use in Thailand and South Asia, where the leaves have been chewed for their both their stimulant and sedative properties (oddly). This combination of stimulant/sedative is enjoyed by manual laborers, to help then work longer (presumably earning a lot of overtime pay, with their strong trade unions and fair employment laws).

Kratom’s main active alkaloid (at over 66% of the total weight) is mitragynine, although dozens have been discovered and described in the literature. These alkaloids each have different properties, and can be found in varying concentrations in each plant and crop. Concentrations and ratios of one alkaloid to another is highly dependent on how the plant was grown, where it was grown, etc. 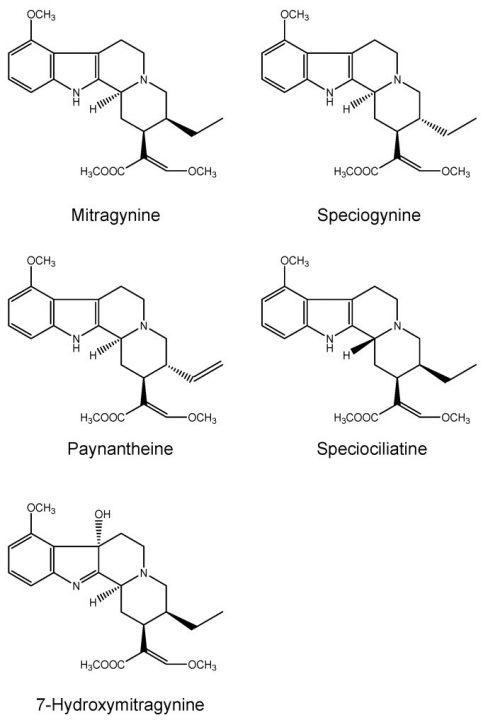 This the reason why different types of Kratom (red vein versus white vein, for example) have different effects on the user.

I can’t comment on highly specific or unique types (or brands) of Kratom, or even the general difference between white and red vein variants, because I only experimented with products from a single supplier. Although it should be noted that (from that single supplier) I used varying different strains with a dizzying assortment of names besides just white and red: Malay, Enhanced, Mood, Private Reserve Bali, Yellow Vietnam, Maeng Da (my favorite), and half a dozen others.

My experience confirmed most of what I’ve read in the scientific literature.

Kratom leaf and Kratom extracts have been shown to mildly inhibit the body’s ability to feel pain, as well as having mild anti-inflammatory, anti-depressant, and muscle relaxant effects. The key word here, is mild (you can tell because I used it twice). For me, the painkilling effect of Kratom (I experimented with everything from five grams in a day up to twenty) was on par with over the counter medications like aspirin or ibuprofen.

From a practical standpoint, taking five grams of Kratom instead of a few hundred milligrams of aspirin, isn’t going to make sense for most people. If it simply possessed anti-inflammatory and analgesic properties, nobody would be interested in Kratom.

However, besides the aforementioned mild pain relief, I noticed a slight opiate-style body high, and a very pronounced mood elevation. I would imagine that Kratom could successfully be used as an anti-depressant. It also has a stimulant effect that is unlike prescription opiates and generally the opposite of anti-depressants. At the lower doses, I didn’t have the drowsy feeling that would normally accompany a traditional opiate-based painkiller. A cup of coffee with vicodin creamer is a good way to describe it.

But again, from a practical standpoint, Kratom probably has very little potential as a “social” drug. Dumping a tablespoon of powder in your mouth isn’t really the same as passing a joint, and putting ten grams of powder into capsules can get time-consuming (and takes about fifty 0 gauge caps). And let’s be honest, I’m not going to brew the stuff into a cup of tea, although many users opt for that route of administration.

Kratom concentrates and extracts are a way to (potentially) get around that problem, but I can’t speak to their effectiveness, as I simply used the raw powder.

While the pain relief I personally experienced with Kratom was on the lighter side, I seem to be in the minority. Friends of mine who have arthritis, or are dealing with sports injuries and chronic pain, have reported very good results with occasional Kratom use (I suspect that there is a fast onset of receptor downgrade for most people). Powerlifters, weight lifters, and bodybuilders are using Kratom fairly regularly, and almost universally reporting the desired results, in terms of pain relief.

Some users have told me that the pain relief allows them to train harder, heavier, and for longer. So anecdotally, I’ve seen a strong trend for the for the use of Kratom (as a painkiller) athletics…but again, as a recreational drug, I can’t see it replacing any of the classics.

With that in mind, Kratom has proven effective in alleviating withdrawal symptoms from central nervous system depressants like opiates and alcohol, and I would suspect that it has utility in treating addiction to painkillers also. However, there is a risk of dependence with Kratom itself, so it’s not a free ride by any means.

On four of the seven days that I used Kratom, I trained (primarily with weights), and didn’t notice any change in either soreness or recovery and it didn’t seem to have any effect on my strength or stamina. This is partly why it’s gotten popular with athletes, because although it appears to work on the opioid receptors to dull pain, it doesn’t seem to negatively inhibit performance. I’m guessing that if you take a ton, the effect would be similar to taking a ton of any opiate, i.e. you can get really high (or die).

Despite its popularity, there are still some unanswered questions regarding its potential side-effects. Research in this area is lacking, although there strong evidence to suggest that case reports of negative effects have been greatly influenced by user polypharmacy (i.e. people damaging their bodies, or even dying with Kratom in their system, were almost always found with traces of something else in their system). I’m not sure how much stock I put into the idea that used alone (and responsibly), Kratom would be harmful.

Frankly, because this is a traditional herb that has a long history of safe use, it would be difficult for me to believe that nobody figured out that it was toxic until hipsters started opening up Kratom bars.
The spoil-sports over at the World Anti-Doping Agency have already placed Kratom on their monitoring list, and its use is banned in competition (its most logical use for performance enhancement). Naturally, it can be detected in urine, but a typical employer or sporting organization isn’t testing for it.

Unfortunately, the legal status of the herb is somewhat up in the air. The FDA has issued an import alert (meaning they’ll stop it at the border if anyone tries to bring it in), though it’s not illegal or banned per se. It might not be compliant to sell as a dietary supplement (although it’s being sold that way), but most retailers simply sell it as a bag or bottle of powder (some adding “not for human consumption”)

It is a “drug of concern” according to the The Drug Enforcement Administration but not a federally controlled substance.

On the state level, Tennessee, Vermont, New Jersey, and Wyoming have banned it’s sale, but that’s irrelevant if someone buys it online from another state. There is more restrictive legislation in the works, and a lobbying group has been started by Kratom sellers and enthusiasts to keep it (sort of) legal.