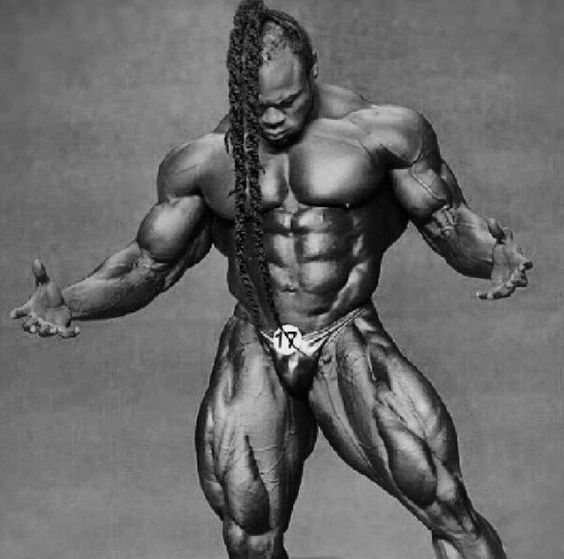 It’s pretty well known that Kai Greene will not be up on stage at the 2016 Mr. Olympia contest in Las Vegas. Is this his personal decision or is someone preventing him from getting up there and dazzling the fans? Kai explained it as it’s kind of out of his hands. He said that while it’s not necessarily his decision to not get up on the Olympia stage, that there are “greater powers” who are making it difficult. He mentioned that when you have things that make it difficult to go left, right, forward, or backwards, that there’s a point where you need to reevaluate your position and look for other opportunities. He also hinted that you probably will not even see him in Vegas for the event.

How did things get sideways?

The thought of one of the greatest bodybuilders to ever step on stage pulling back from the sport that has given him so much raises an eyebrow. Where did things turn sour and what issue does he have that will prevent him from attending the Super Bowl of bodybuilding? This year Phil could tie Dorian Yates’ and Arnold’s record for Olympia titles. The fact that Kai is ok with missing that along with Kevin Levrone stepping back on the stage is mind-boggling. Kai mentioned that there is no beef between the IFBB and himself. If that’s true, then there is really only one reason that Kai is bowing out of the Olympia—Weider/AMI. There are some who believe there was a following out between Robin Chang, AMI Vice President and Director of Events, and Kai. Only Kai knows the truth and it doesn’t appear that any of us will get to hear what happened.

Did the sport somehow kill “The Predator”?

The Olympia stage could quite possibly not be the only stage Kai’s skipping. While he said he would love to get back on stage, there are other projects that he is excited to be starting. Bob Chicherillo interviewed Kai on his show “The Last Rep” where they discussed his future plans. While still training under the watchful eye of George Farrah, Kai said there are other areas of life that are filling Kai’s schedule—namely business. But the fact that Kai is still working with George leads many to believe that he’s not hanging up his posing trunks just yet.

The Predator is known for saying, “Thoughts become things.” From that Dynamik Muscle was born with the help of Aaron Singerman who earlier this year stepped down from Blackstone Labs. Dynamik Muscle is Kai’s first shot at a supplement line. After being sponsored by different brands during his career, Kai decided it was time to give his own brand a go. Many of you might be familiar with the name due to his now famous hoodie that dons the logo as well as his Dynamik Muscle leggings which many wonder how the heck he gets them on and off without ripping them. While the supplement line isn’t jumping off the shelf quite yet, Kai is confident that it will continue to grow. In his interview with Bob, Kai mentioned that he is extremely proud of the work he and his team have done to launch their protein powder, ready to hit stores soon. He said a lot of work has been put into making the protein powder of the highest quality and one that has an amazing flavor profile.

There are a few meanings to the word “artsy” and if you label Kai as the wrong one, well, you simply don’t want to be on the receiving end of what could happen. For those of you who watched the movie “Generation Iron” would already know that Kai is one heck of an artist. His paintings reflect the human body, sport of bodybuilding, and the spirit that lives within both. Kai mentioned that he feels like his career is leading him down the road more so as a creator rather than a competitor. Which again begs to question if we will ever see Kai on an IFBB stage again. He said he feels there’s many more things he can do creatively in the industry. Most recently he teamed up with the Generation Iron production team to work with them on some projects for their new YouTube channel.

Another project being worked on is a graphic novel called “The Chronicles of King Kai”. For those who weren’t aware, Kai is a huge comic fan ever since he was a little boy. He isn’t sure when the first edition will be released, but said for all of us to keep our eyes and ears open for an announcement with the launch date.

Final thoughts and “my” take

The following are my views and opinions and only those of mine. That being said, I don’t think we’ve seen Kai for the last time on a pro stage. Whatever beef that he has with another party preventing him from being on stage has no bearing on whether we will ever see him compete again. Kai is a competitor and he will be back. As we saw from this year’s Arnold Classic’s, Kai has what it takes to be a champion and dominate the field. I fully believe that he will come back again in 2017 and look to take home more Arnold titles. As for the Olympia, I am pretty certain that we will never see him walk out on that Vegas stage ever again. I hope I’m wrong, but if my gut instinct is correct, for as long as Weider/AMI/Robin Chang have their hands in the Mr. Olympia Contest, Kai will never be seen.

So where WILL we see Kai from now on? Well, for the most part you won’t see him at all. I believe Kai will do as he mentioned in his interview with Bob Chicherillo and that is he will be producing and directing content behind the scenes as well as running his supplement brand. With his new partnership with Generation Iron, Kai has already been in the director’s chair on more than one occasion. Along with his content work, I believe he will continue to draw and paint. I would love to see him selling his artwork. There are enough Kai Greene fans out there that he could be very successful selling his artwork. I myself am a huge fan of his art and wouldn’t mind getting a piece myself to either put in my office or gym depending on the size. So Kai, if you’re reading this, I’m a fan and I want a piece of your artwork. Let’s make it happen. But all in all, Kai will continue to be a figure in the sport and his name will still flow off the tongue of bodybuilding fans for years to come. He has a love for the sport that will never fade, I just hope skipping out on the Olympia doesn’t cause his legacy to fade.