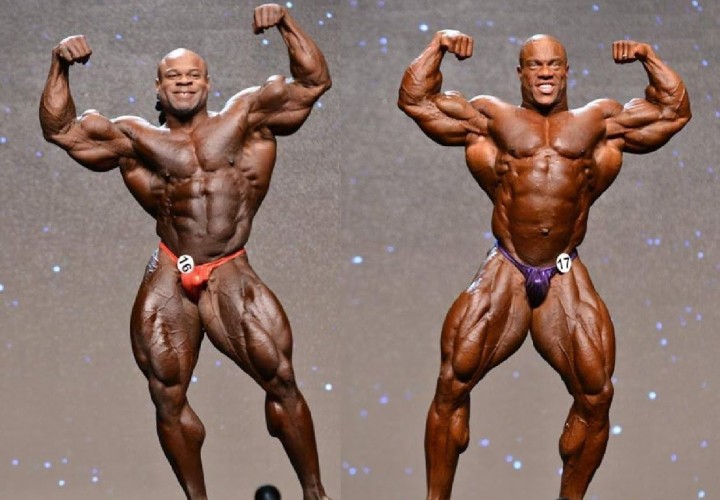 The tension between Phil Heath and Kai Greene is so thick you could cut it with a knife. Or is it? I’ve been pondering about this very subject for quite some time now. Kai is resisting to answer the question if he will sign the contract and walk out on the Olympia stage in 2016. His answers are philosophical and raise more questions than answers. He appears to be in shape, especially after his sweep of the Arnold Classic’s, and should he step on stage it could be one of the best Olympia’s we will ever experience. With the news that Kevin Levrone is coming back to the stage to compete against the best bodybuilders of today will be a sight to see and bodybuilding fans around the globe have been talking about it ever since he made the announcement.

So what about the hype? Phil Heath and Kai Greene have been butting heads ever since before the 2014 Mr. Olympia contest. There’s clearly some bad blood between them and a somewhat lack of respect for one another. Recently Phil was guest posing and the emcee called Kai to come up on stage from the crowd for a pose down, which Kai declined. The crowd started chanting Kai’s name to which Phil grabbed the mic and asked the crowd if they were serious. Then joked that Kai would just need to throw on some tanner. After more jeering from the fans, Phil told the crowd why not “do this in September.” Hinting that the two of them could do battle in Las Vegas on the Olympia stage. Phil then dropped the mic and walked away.

People have been asking me my thoughts on the whole Phil vs Kai saga and what it means leading up to the Olympia—will Kai sign on the dotted line or bow out again with another ridiculous excuse? For a while I was pretty confident that Kai Greene would never step foot on the stage again to do battle in the SuperBowl of bodybuilding. Then I saw a video of Kai and Phil training chest together at a gym surrounded by fans which made me start to question things. If there was that much bad blood, why would they go out of their way to train together and look, dare I say, happy? They would most likely be training with their own crew and leaving each other alone if the feud was as bad as they have been playing it out to be. Even when Phil took the mic as a guest poser at Jim Manion’s show, Kai was leaning on the podium almost trying to agitate Phil during his speech. Which again leaves me scratching my head with all of this.

Here’s where things get juicy. I think this is all a show—lately. I think all the drama going on is just to help promote the Olympia and put in down in the record books as the greatest Olympia ever. I could be totally wrong with this (I’ve been wrong before), but I think Kai will sign the Olympia contract and not make anything public. He will continue to answer the question all philosophically and leave people trying to put the puzzle pieces together. I also believe that the IFBB and AMI won’t release the details and it will be a cover up for the most part that Kai will compete. They will leave him off of all marketing material and leave him off the list of competitors. Kai will show up to the Olympia (which people would expect anyway) to be at the expo, whether it be for his supplement company or if simply to make an appearance. He will be dressed as usual—all covered up. Then once the Olympia ceremony begins, all of a sudden you will see Kai on stage at the pre-judging out of the blue without any media announcing his actual committal to competing in the show. Whether the other competitors will know he’s competing prior will be an unknown (I’d suspect they wouldn’t know as to not leak the information by mistake).

This will then create one of the most exciting Olympia’s ever. Phil, Kai, Levrone, Dexter, Big Ramy, Cedric, Rhoden, all competing on that very stage, having one of the most epic pose downs in history. Phil will come back to defend his crown and keep his legacy going. But with his physique not being up to par for the past couple of Olympia’s, it leaves the door open for someone else to come in and steal the show from Phil. Again, I could be totally wrong. Or I could be spot on and what we are about to see in Las Vegas will go down in history. Only time will tell.

I think this is a great topic to open up for discussion. Feel free to comment in the comment section or start a thread on your favorite fitness/bodybuilding website and get others opinions on this very topic. Am I alone in my thinking or do other people think there might be something behind all of this drama surrounding the Olympia. Having Kevin competing also adds another dynamic to the show. Almost an “old vs new” competition. Will Kevin bring a package worth putting him in the top 10 or even top 5? We are in store for once heck of a show regardless if Kai shows up or not. Phil has been vulnerable and this could be the year he’s dethroned. Get your tickets, get your popcorn, and be ready to be entertained. This year’s Mr. Olympia is going to be of epic proportions!