Is the IFBB Wrong for Allowing 5 Year Olds to Compete? 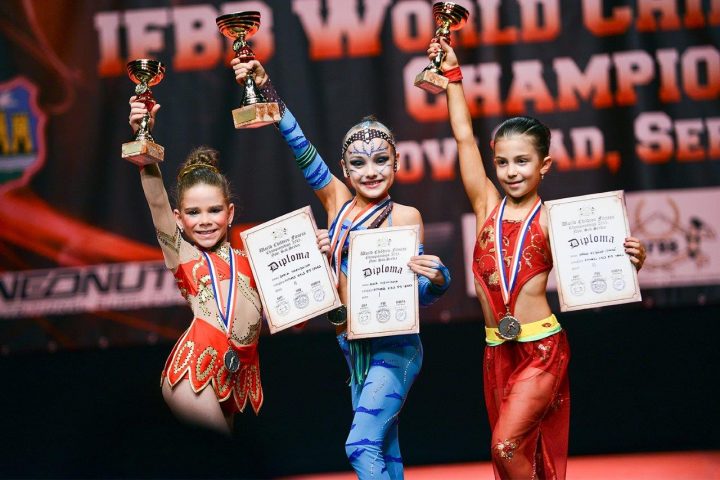 I saw something on the internet recently that honestly made me feel sick. It was images of little boys and girls competing in IFBB International Amateur fitness competitions. With some Google searches I finally found what this is all about. There are different division for kids to compete in. The ages go all the way up to 15 years of age. I’m all for promoting fitness and getting kids active, but this is a complete train wreck and unacceptable.

There’s a thin line between right and wrong. And in my opinion this is wrong. Let’s use the example of little girl beauty pageants. If you’ve ever seen how competitive those parents are, think about what they would do to their kids on the fitness stage. They also have these little kids competing half-naked which I see several things wrong with. But we’ll touch on that piece later.

When competing takes over your life

Some little boys and girls are genetically gifted and some are simply active in order to stay lean. Then you have kids who are inactive and have some extra body fat. As a kid, a little extra body fat isn’t a bad thing, have too much obviously raises the likelihood for health issues. But what’s not to say that parents don’t obsess over their child competing and have them training with weights, dieting, and taking time away from the fun of being a kid? We all know the dedication needed for an adult competitor to do well on stage, but kids shouldn’t be dieting unless prescribed and under the watchful eye of a doctor. Having a child diet and be calorie restricted can severely mess with the body’s natural hormone production. Now let’s be honest, not all kids will be dieting for these shows and I’m hoping it would be a rare occurrence that a parent would take things to that extreme, but we’d be reckless in thinking that some wouldn’t be.

Many of the kids competing in these shows are under the age of 10. Think about what you were doing when you were 10. You were probably running around outside playing with your friends, right? Having your kids stay active and live a healthy lifestyle is one thing. It’s another to put them on stage to compete where the emphasis is strictly on their body. What if they don’t win? Could their placing cause them to have a negative body image, possibly causing them to have issues down the road such as eating disorders? It’s a very real possibility. While there’s no studies on the correlation between kids competing and body image disorders, I believe it’s indeed likely.

Sex sells but it can also put you in jail

The fitness industry is full of sexual undertones. Look at the women’s bikini division for example. They might as well walk out on stage naked. Not to mention their rear-facing pose it’s like they are trying to have the judges check their uterus. This mandatory pose is included in the kid’s division. What parent would think that’s acceptable? Would you want your little girl turning her back to the judges and pushing out her butt? If you answered yes, please go reevaluate your morals and parenting style.

Again, I want you to take a look at the bikini division. See a common theme? Fake boobs and sexuality. Is that something you want your 7-year old idolizing? That in order to place well and look good on stage you need plastic surgery? That even through hard work unless you have those things you will never be successful on a competitive stage? Seriously, look at every single IFBB bikini winner. Do ANY of them have real, natural breasts? Nope. So what image does that put in the back of kids’ heads?

The world is a scary place these days and unfortunately creepy people like pedophiles live among us. Sex offenders are in databases that we can actively look online to check while undocumented pedophiles could be sitting in our neighborhoods preying on neighborhood kids—that’s an extremely disturbing thought. Even more disturbing is that contest photos are published online for anyone to look at. Would you as a parent be ok with the possibility of having a pedophile getting ahold of these images and doing whatever nasty thing their demented mind can come up with? Or having one of these monsters see photos of your child and then start preying on them? There is no place for this in our society and why the IFBB feels there’s a benefit to their decision to hold these events is mind-boggling.

Listen, we are all guilty of looking at something and giving our own opinion. People online are weighing in on both sides of the story regarding the IFBB running these contests. Some share the same views as I do while others see nothing wrong with it. I’ll let you form your own opinion, but mine will not be changing. I whole heartedly believe the IFBB needs to remove such competition from their organization immediately. I see more harm being done by having children compete than any good that will come from it. There’s a difference between recreational sports based off of skill and play and something like this where you are putting children on stage to be compared to others physically. That’s disturbing on so many levels.

I can already hear people screaming at me as they read this— “but Matt, how can you say this yet you’re part of the industry that promotes overall fitness levels and sexuality/beauty on stage through people’s physiques?” The difference is we are talking about children here. Individuals who cannot make rational decisions on their own yet. Until they are 18 years of age, they are under your control and considered a minor. There’s a reason they consider the age of 18 when a child can officially be called an “adult”. There’s also a reason you can’t do certain things until a given age. The bottom line is play with your kids and keep them active. Sure, you can explain fitness and healthy eating to them but subjecting them to a competition based off their appearance is reckless and endangering. Like I said earlier, form your own opinion, but I see way too many negatives coming from this type of behavior and competition. I hope the IFBB thinks about what can and ultimately will come from allowing children to be on stage half-naked and will realize they need to pull the plug and put a stop to it.