Is Phil Heath the Most Dominant Mr. Olympia of All Time?

by Geoff Roberts The idea of Phil being the most dominant Mr. Olympia champion of all time is a preposterous one to most hardcore bodybuilding 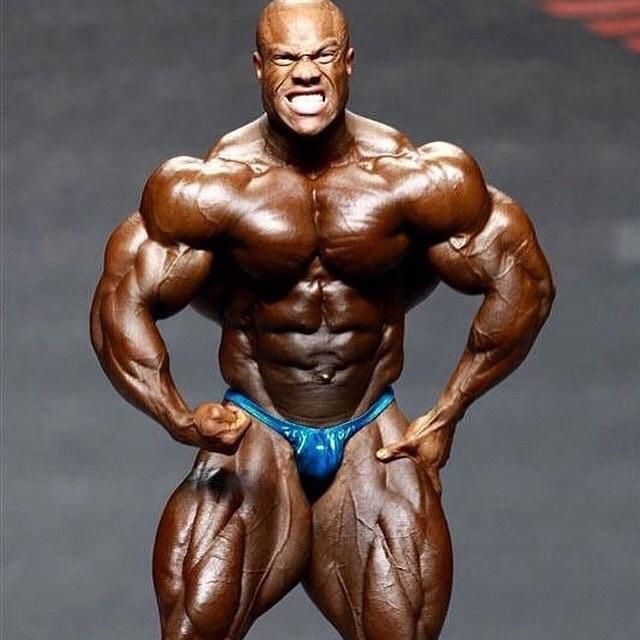 The idea of Phil being the most dominant Mr. Olympia champion of all time is a preposterous one to most hardcore bodybuilding fans and insiders. It’s not hard to see why. Phil has only blown the field away for half of his wins, while the other half have arguably been close calls. The other factor that comes into play in regards to thinking this idea is ridiculous is Phil’s physique in comparison to the other great champs. Namely Dorian Yates and Ronnie Coleman. You would be hard pressed to find many bodybuilding fans or insiders who would claim that Phil at his best could defeat either Ronnie or Dorian at their best. If you are of this opinion, it becomes very difficult to consider Phil on the same level as either of these former champs in regards to their dominance. However, a good case can be made for Phil being the most dominant Mr. Olympia of all time.

At this point you may be wondering what kind of drugs I am on, but hear me out. Who has come close to defeating Phil? Kai Greene never even managed to score a point against Phil. Some say that it was close in 2012, but if you really go back and look closely, Phil clearly won that show against Kai. Phil was bigger, leaner, and rounder than Kai all at the same time. Shawn Rhoden scored one point against Phil in 2015, but that was only made possible by way of Phil showing up with his all time worst look. Dexter was never really a threat to Phil in my opinion. 2015 was his best shot and he failed to score a single point against The Gift. I haven’t done all the research, but I would assume that Phil has had the fewest points scored against him after six victories than any of the other six time Olympia champs. This point alone could be used to argue the point that Phil is the most dominant of all time.

Lee Haney, who I consider the greatest bodybuilder to ever live, had a couple very close calls, namely against Lee Labrada. Labrada scored more points against Haney than the entire field has scored against Phil. The same can be said for Ronnie Coleman. Jay Cutler scored more points against Ronnie than every other guy combined will ever score against Phil. Kevin Levrone also pushed Ronnie very hard and Gunter Schlierkamp actually defeated Ronnie at a show outside of the Olympia. That has never happened to Phil. Shawn Ray scored points against Dorian in 1994 and in 1997 Dorian simply should not have won the show in eyes of most. All of these iconic bodybuilders had a harder time fending off their advisories than Phil has.

Phil dominated the show in 2011. No competitor was close to Phil and nobody believed that any competitor was close to Phil. In 2012 Kai Greene showed everyone an entirely different physique then we had been used to and in a way it tricked a lot of people into thinking he was in fact better than Phil. While Kai brought a brand new look to the show, as stated earlier, he was not better than Phil and the scorecards showed it. Phil won that show unanimously, despite the rumor that it was a one point decision, propagated by a Bob Chick podium joke that was misunderstood by many fans. In 2013 Phil was so dominant that he was sent back in line during the prejudging, meaning he was so far ahead that the judges no longer felt it was necessary to compare him with the other guys. 2014 saw what was arguably the worse Phil of all time. Guess what? Phil won unanimously once again, despite being miles from his best. 2015 was essentially the same story as 2014. Phil came in way off, had one single point scored against him at prejudging by Shawn Rhoden, then smoked the field at the finals. This year, 2016, was very similar 2013. Phil was by far the best guy, to the point where he hardly needed to be compared.

By definition, Phil may be the most dominant Olympia champ the sport of bodybuilding has ever seen. Influence is the only factor in which Phil is lacking. Phil has not yet influenced the sport like these other great champions have and I believe that is the reason everyone automatically feels he is far less dominant. The truth may be that while Haney, Yates and Coleman all had a greater impact on the sport, they were not necessarily more dominant than The Gift.