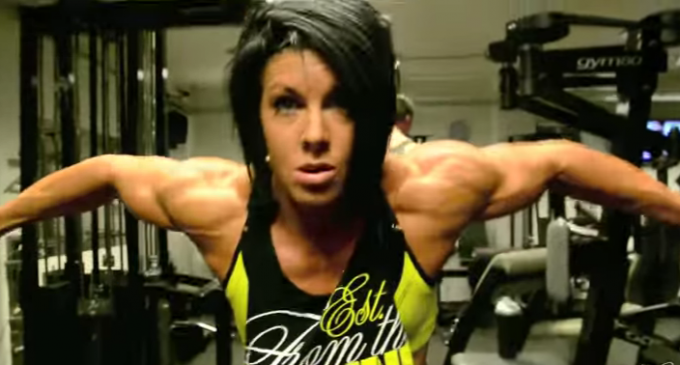 When you think of female figures in the fitness industry, it goes without saying that if you were to ramble off five names, one of those would most definitely be Dana Linn Bailey. The first female physique pro to ever make it into the big leagues (IFBB). An active athlete her entire life, it was only natural that Dana was destined to do big things with her work ethic. Anyone who thinks Dana is “blessed” with good genetics or is a freak of nature doesn’t know what goes on when all the cameras are turned off for the day. It’s not all fun and games. Dana is one of the hardest working individuals in the game. While she loves to eat, her diet stays clean throughout the year and you never see her far off from stage ready at any point. It’s a lifestyle in which she takes very seriously. And her laundry list of accomplishments proves there’s a method to her madness.

Dana has graced the cover of several fitness and bodybuilding magazines. Some of which never had a female on the cover until Dana came along. Her work has never gone unnoticed. You can see her attending bodybuilding expos any chance she gets—and when she’s there, she’s impossible to miss. The crowd of fans line up waiting sometimes for hours just to get to say hello and take a picture with their favorite female competitor. The line has been so long that there have been instances where security needed to break up the line due to code violations. On other occasions, security had to push Dana to leave because the doors for the expo closed for the day and everyone was supposed to leave, yet there’s Dana and husband, Rob, staying as late as possible pushing the envelope to give their fans as much of their time as possible. Even when security literally pushed them out the door, Dana was still posing for pictures and autographs as they were ushered from the expo hall. And even then, as soon as they left the exhibit hall, she would stay in the lobby and stay until every last person got to see her. Everywhere she goes, it’s as if a high status celebrity was spotted. The masses just swarm around her to say hello.

I’m not going to clutter up this article with all of Dana’s bodybuilding and physique wins during her career, those can easily be found by using Google. Instead, I’d rather talk about all the good Dana does for the industry.

As a writer, I get emails daily from individuals who have read my work, utilized the principles found in my content pieces and have applied it to their own life. In doing so, they tell me how it’s changed their life. Many of these individuals are males. Dana taps into a part of the industry that in my opinion is one of the toughest nuts to crack. Yes, people in general come in all shapes and sizes—we understand that. But it’s pretty well documented that women seem to suffer more from body issues that they battle. Dana, herself, has had those same battles—even posting her feelings and emotions online through words and video. There are days where you look in the mirror and hate what you see. What Dana has helped people realize is that it’s ok to be different. You don’t have to look like Barbie or those stick figure models that walk down the runway. There have been plenty of things said about Dana’s physique. Everything from she looks like a man to she’s not natural and several other hateful messages. Sure, it messes with her head every now and then. But Dana knows there’s a light at the end of the tunnel and what she is doing is what’s best for her and that she will continue to lead by example. She will pave the way for other women to look at themselves in the mirror and stand tall and be happy with what they see. 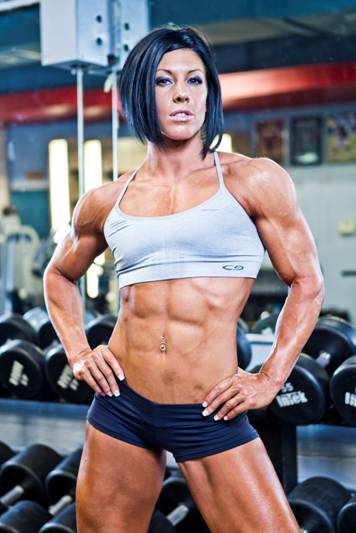 In an industry where many athletes are as personable as a cardboard box, Dana’s personality shines through in everything she does. When you see her goofing around in videos or expos, that’s her, that’s the real DLB. What you see is what you get. More importantly, everything she does is done with class. You’ll never see Dana pose provocatively for photos, or pose with her tits or ass hanging out. What she has accomplished was due to her hard work. It’s not something that is fictitiously built due to questionable career choices. In my eyes and many others, that is very respectable. Blood sweat and tears are put into everything Dana does. You can see just that in her videos posted on YouTube and social media. She trains with intensity and gives every rep of every set everything she has. She is on a mission to be the best Dana Linn Bailey that she can be. Not because she is out to compete against others or compare herself to them, because she is out to better herself every single day. YOU versus YOU.

Building an empire one brick at a time

Starting and owning a business is not easy. I can tell you this first hand. It takes up a lot of time, money, and does not come without sacrifices—many sacrifices. Life wasn’t always what it is today for Rob and Dana. They have had to work for everything they have and own. They weren’t inherited money. They didn’t win the lottery. They didn’t “get lucky”. They kept their head down and did what they know how to do best—hustle hard and never stop. Their apparel line, Flag Nor Fail, has been around for several years now and continues to grow at staggering numbers. New items are constantly being added to their website and launched for their supporters to purchase. Their message resonates well with their customers who support everything the Bailey’s do. Together Rob and Dana have built an amazing business.

From their apparel came a new venture, the Speed Warhouse. From there, they launched their first supplement called ONWARD. Then came their own supplement line called Run Everything Labs. Then the Warhouse Gym took further shape (which was recently moved to a new location in Pennsylvania and out of what was their personal warehouse at the time for Flag Nor Fail). It seems like the Bailey’s aren’t happy with settling down. Complacency isn’t in their vocabulary. If a new business venture is brewing in their head, you can pretty much count on it becoming a reality. Rob Bailey even has his own albums out on iTunes where he collaborated with The Hustle Standard. You can find their music being used by several professional sports teams across the US.

There’s never a shortage of things going on with the Bailey’s. In 2015 they created their own “Tour” and traveled around the United States meeting up with fans and likeminded people along the way to partake in anything from hikes on trails, to workouts, to meals on the road, to meet and greets, to seminars where Dana shared information about health, fitness, and nutrition. To say that the married duo isn’t out to take over and change the world would be an understatement. They are constantly motivating people to better themselves and never give up.

Just what the doctor (or industry) ordered

With so much emphasis on the bikini division these days, it seems that all the other divisions have been taking a back seat. I get it, sex sells. But let’s be honest, look at all the winners in the IFBB and think about what they all have in common. Big fake boobs and a nice round ass. Do you see any girls up there who have natural tits winning? I’ll wait while you think about it. Couldn’t think of any? Me either. Dana’s never gone under the knife to enhance her appearance.

Comparing how bikini athletes train versus how physique athletes like Dana train is like comparing apples to oranges. When you want some hardcore, in your face, push until you basically break type of training, then go watch Dana train. Sure, you’ll occasionally see her bust a move and get her dance on between sets, but she’s all business when she steps into the gym. She’s there for a purpose. She doesn’t get all dolled up in makeup like you see so many women in the gym doing these days. She’s there to do battle with the weights.

When will we see Dana next?

This is actually a really good question—and one I am interested in knowing as well. While Dana doesn’t HAVE to compete anymore, it would be great to see her back on stage. With all the businesses that her and Rob are currently running, it’s understandable that she needs to take care of business FIRST, and then worry about the stage. With the constant updating of their gym, new apparel launches and new supplements being introduced, they have enough to worry about without even thinking about competing on stage. But I don’t think we have seen the last of DLB. If I were a betting man, I’d put my money on DLB hitting the stage again. Maybe not in the near future, but I think deep down she misses getting on stage and showing the world who she is. Only time will tell…