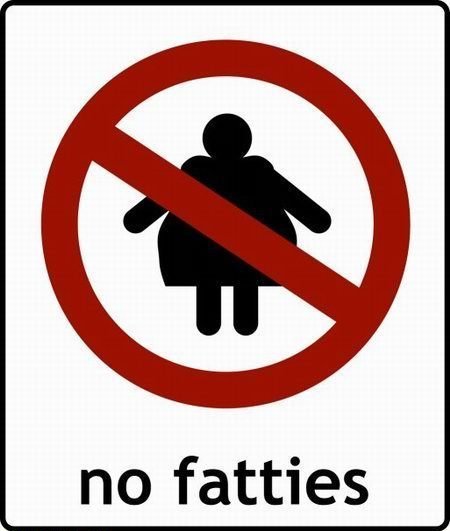 It’s a special occasion and you make dinner reservations with your spouse or significant other. You get all dressed up for the occasion and want to look your best. For some people, dressing up includes trying to hide your “dunlap”. That portion where your stomach dun-laps over your belt. Don’t believe that’s a word? Look it up in the Urban Dictionary. But seriously, many people are self-conscious about their appearance and weight. We all get it. All of us at some point in our lives had that moment where you looked in the mirror and wished you had a genie present to quick make some changes to your physique. But what if you went to the restaurant and you didn’t have to worry about your belly hanging over your belt because no one was wearing any pants? As a matter of fact, everyone is totally nude. What!? Do they have to put up signs for those people who are allergic to “nuts”? (if you catch my drift)

Pitching tents to get in line early

As odd as it may seem, restaurants are popping up that encourage nude dining. The very first restaurant that required people to take off their clothing was Bunyadi found in London which has a pretty extensive waiting list—we’re talking tens of thousands of people on the list. Next to open up shop for a panty dropping dining experience was in Australia with a place called The Noble Experiment. Now Japan is trying to go balls deep with the concept. I’m not trying to be anal here but isn’t there health concerns with being nude and being around food and such? Thank you thank you. These punchlines keep coming. I’ll be here all weekend. HAHA. But seriously, not to sound gross but what if someone had an STD of some sort, and sat in the very seat that you are now sitting on? Gross. And their nasty ball sweat and swamp ass is now your nasty ball sweat and swamp ass. Doesn’t the sound of that make you a little grossed out and concerned? Or being that I’m sure air is circulating in the restaurant and I’m assuming not everyone “trims or shaves”, how would you like to have a nice pube salad? Ah, nothing like a nice man-bush hair in your food. I just threw up in my mouth.

Everyone is welcome – except YOU!

The new nude restaurant, The Amrita, in Tokyo has everyone in their birthday suits except for the staff—they wear G-strings. Am I the only one who can see these restaurants as a dining location for swingers and not necessarily “normal” people? The Amrita has a catch to those who think they can just walk in and have their stuff swaying in the breeze.

This seems like discrimination at its finest. I’m not quite sure how they get away with it, let alone the nudity piece. How can you eliminate “fat people” from eating at your restaurant? I understand they don’t want some people losing their appetite, but overweight people have some of the biggest appetites around, not to mention they’re people too—not just some mass that takes up space. So it would seem like you’re cutting out what could be a very profitable piece of your business.

I can see how they would make a rule about no touching (for obvious reasons) as well as no cellphones (I’m sure because they don’t want people snapping photos of other people’s nether regions and putting the images up on the interwebs for all the weirdos to stare at while in their mom’s basement eating Cheetos with their bottle of lotion next to them and a pile of Kleenexes in the trashcan). I’m assuming the over 60 rule is in place for the same reasoning as not allowing fat people inside (from a visual standpoint/sagging baggage). It also makes sense to not allow individuals under the age of 18 as they are not technically an adult yet so get lost kid. No tattoos? What’s so bad about tattoos? So if I walked in with the sun and moon tattoo that I have on my lower back that would get me thrown out? Weird. I actually don’t have that tattoo, just simply making a joke. It’s really a tattoo of a fairy blowing you kisses. But cutting people off due to weight? Do they even factor in muscle or if you’re a bodybuilder are you automatically disqualified from entering the building? Seriously. It’s a valid question and concern. If so, better lay off the creatine fella’s.

So how do they cut people off and make the determination to allow someone in or kick them out? Do they simply look at them from head to toe and tell them they don’t fit the look and to hit the bricks? Nope, they literally have it down to a science. Every patron that enters the establishment will be measured. If you are found to be thirty pounds over the recommended weight based off of your height, you’re asked to leave immediately—do not pass go, do not collect $200. See ya. Adios.

As if it couldn’t get any more humiliating that you were just turned away from eating at The Amrita, but you also lose your entrance fee (non-refundable) that you paid before you showed the staff your birth certificate and allowed the staff to give your body a TSA-like shakedown and jumped on the scale. We aren’t talking about a $15 entrance fee either; we’re talking about anywhere from $131 to upwards of $536.

If this place sounds like something you’re interested in, you’re in luck, they opened their doors on July 29th. Good luck reading the online menu and “procedures” ahead of time though as their website is (obviously) in Japanese. While this article is 100% factual, I hope you enjoyed the read. With so many serious articles these days I figured this would lighten things up a little bit while covering a story discriminating fat people as well as bringing to light a new dining experience. If you yourself ever frequent a restaurant like we covered here, please let us know your thoughts on your personal experience. Cheers!