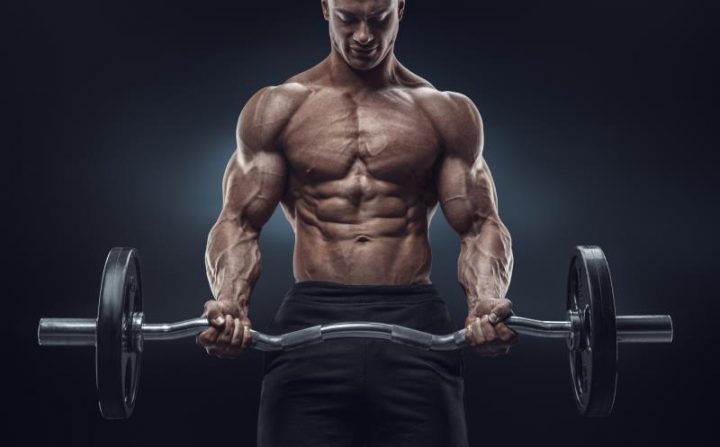 The perception of human growth hormone will vary a great deal depending on who you talk to. Publications such as Men’s Health, Vanity Fair, and several others have recently began to praise human growth hormone for it’s reported health improving and anti-aging qualities. The hormone has been described as having the ability to increase a person’s quality of life, and quite possibly the ability to extend a person’s lifespan. It has also been touted as a wonder drug for its fat-burning and muscle-building characteristics.

This same hormone was once blamed, along with anabolic steroids, for the brain tumor and death of football great Lyle Alzado. What truly caused the death of Alazado is questionable, and his own doctor has denied that the death was related to HGH or steroid use. There are misconceptions regarding HGH. My goal here is to sort through the common beliefs surrounding HGH and separate fact from fiction.

Human growth hormone is a peptide hormone that stimulates growth, cell production, and cell regeneration. HGH is a 191-amino acid, single-chain polypeptide that is synthesized, stored, and secreted within the pituitary gland.

Not long after World War One. researchers first diagnosed HGH deficiency as a condition. Medical researchers attempted to treat this condition by using growth hormone from different animal. The considerable difference in molecular structure of human growth hormone and animal growth hormone caused this form of treatment to be unsuccessful. An American researcher named Maurice Raben began to extract HGH from the pituitary gland of cadavers. This method turned outr to be very successful, and this led to a regular sourcing among the medical community of HGH from cadavers.

In 1985 a serious drawback to using HGH from cadavers became apparent. People who received the HGH from cadavers in their youth later developed Creutzfeldt Jakob disease due to the human growth hormone being contaminated with disease causing prions. Doctors around the world stopped prescribing HGH no matter how extreme the case. Just a few years later, a synthetic version of HGH was developed by Genentech. This made treating human growth hormone deficiency much safer and easier.

The effects of growth hormone deficiency vary depending on the age at which they occur. With children, short stature and growth failure are the major problems from deficiency. In adults, there is often an increase in fat, and decrease in muscle mass. HGH deficiency can also result in a decrease in energy, quality of life, and sex drive in adults. Adults with HGH deficiency have higher rates of depression than those without. Several studies have shown that HGH plays a vital role in both mental and emotional well-being.

Human growth hormone is often taken with hopes of dramatically increasing muscle mass and strength. There is no denying that athletes in every sport imaginable have become bigger and stronger over the past few decades. This is visibly apparent in the sport of bodybuilding. Bodybuilders today are much bigger and leaner than they were during Arnold’s era. Anabolic steroids were commonly used by Arnold and his peers. Its believed by many that the addition of HGH has led to bodybuilders of today dwarfing those who stepped on stage in the 70’s and 80’s. NFL players have continued to become bigger, leaner, and faster. Steroids have been used in the NFL for decades. Again, the belief is that the continued physical progress is a result of the addition of HGH.

Human growth hormone has been shown to improve strength by stimulating collagen synthesis in the skeletal muscle and tendons. HGH is a very complex hormone, and many of its functions are still unknown. However, it is known to increase protein synthesis and it leads to to an increase in IGF-1. Both of which lead to an increase in strength and muscle mass. How much muscle tissue that can be gained as a result of HGH is the question. While HGH does increase protein synthesis, the increase in strength and muscle mass directly from HGH is minimal. When HGH is taken alone and not alongside an anabolic steroid such as testosterone, a noticeable increase in strength or muscle shouldn’t be expected unless the person was starting from a large HGH deficit. HGH is just not the mass and strength builder that many have pumped it up to be. There are probably a dozen other drugs that have more mass building potential than HGH. Insulin, IGF-1, and a handful of anabolic steroids are responsible for the increase in size and strength among athletes and bodybuilders from a drug standpoint, and not HGH. It appears that an increase in strength of mass from HGH is an actual result of increased collagen synthesis. Any belief that HGH can substantially increase muscle mass and strength is false.

Human growth hormone has grown in popularity as a fat loss agent. Its use was once limited to top level bodybuilders and select professional athletes. A large decrease in price and increase in availability have given more people access to this drug. HGH has been shown to greatly accelerate lipolysis, the process where fats are broken down to be used as fuel. Growth hormone is a very powerful fat loss drug but results don’t happen overnight. In fact, fat loss may not even be noticeable for the first 60 days. For this reason, its recommended to use HGH for no less than 3-6 months when the goal is fat loss. From personal experience, I’d recommend 6 months as the minimum. HGH can have an effect on thyroid function. It increases the conversion of storage T4 to the active T3, and this causes the body to burn fat at an accelerated rate. The body has a limited amount of T$ thyroid hormone. With the accelerated conversion to T3, thyroid hormone will become low as time passes, and this can slow or even halt growth hormone’s fat burning effect. This problem can be avoided by adding a low dose (50-75mcg) of T4. By supplying the body with extra T4, the HGH has more to work with and continues to pump out extra fat burning T3. HGH is a very effective fat burning hormone. When used correctly, it definitely lives up to all the hype that surrounds it for fat loss.

HGH has gained attention for its reported anti-aging properties, and its ability to increase overall health. HGH plays a vital role in cellular repair and regeneration. This in itself can slow the overall aging process. HGH increases calcium retention, and strengthens bones. It has also been shown to drastically improve fracture healing. It can reduce cardiovascular disease. In Sweden, 104 patients who were growth-hormone deficient were studied for cardiovascular disease risk. These patients had higher body mass and triglyceride concentrations compared to controls. This suggests lipoprotein metabolism is altered by HGH deficiency, increasing the risk of cardiovascular disease. In the short term, many report an improvement of their skin, better sleep, and more energy from HGH treatment.

Excess doses of HGH for prolonged periods will often result in side effects. It can thicken the bones of the jaw, fingers, and toes. It can cause pressure on nerves, which results in carpal tunnel type symptoms. Muscle weakness, insulin resistance, and reduced sexual function can all result from excess HGH.

For anti-aging purposes, HGH should be dosed at around 2 IU’s per day for men and 1-2 IU’s per day for women. For fat loss, 3-4 IU’s for men and 2-3 IU’s for women. For bodybuilding purposes 4-6 IU’s daily is sufficient. Its not unheard of for bodybuilders to dose HGH in the range of 12-18 IU’s per day. Dosing in this range is not something I recommend. The potential side-effects greatly outweigh any benefit from dosing HGH above 6 IU’s daily. Whether its taken for anti-aging, fat loss, or bodybuilding, HGH should be split into two doses: half taken after waking up, and the other half 8-12 hours later. Growth hormone can be injected into the muscle or subcutaneously (under the skin). Some have reported localized fat loss from injecting subcutaneously in the abdominal area, and some prefer injecting into the muscle.

Finding legitimate HGH is a tedious task in itself. Growth hormone is the most counterfeited bodybuilding drug used today. Often times generic Chinese HGH is repackaged and passed off as a more expensive brand name HGH. In this case, the vials may still contain real HGH, but the purity may be lowered. The most reliable route would be an anti-aging or hormone replacement clinic. The cost will be much higher, but there is less of a chance of getting counterfeit HGH when going to one of these clinics. Yes, even when going to a clinic to get HGH from a doctor, there is still a chance that the growth hormone could be counterfeit. Its rare but it still happens.

Counterfeit HGH isn’t the only scam you have to watch out for. There are countless pills and sprays that are sold as HGH supplements that can be purchased legally without a prescription. The advertising online and in magazines is very deceptive. Many will purchase these supplements thinking they are taking a form of real HGH, and they expect to experience the same benefits associated with real HGH, only to be disappointed.

HGH is an extraordinary hormone. It lives up to its hype in certain areas and falls short in others. One thing it isn’t is a magic potion. Anyone that is thinking of trying HGH should do plenty of research while having realistic expectations.