Human Chorionic Gonadotropin (HCG): It does more than you think 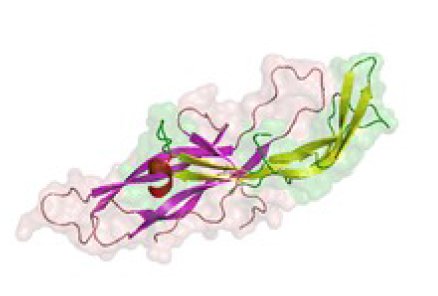 Human chorionic gonadotropin (hCG) is a hormone produced in both men (low amounts) and women, who produce far greater amounts, especially during the early stages of pregnancy. In men, hCG interacts with the luteinizing hormone receptor (LHR), which in turn stimulates Leydig cell production of testosterone. It’s been commercially available since 1932, and has been manufactured by two primary methods, recombinant technology or through purifying the urine of pregnant women.

Because hCG injections quickly and reliably increase testosterone levels, in both hypogonadal and eugonadal (normal) men, athletes have been using it for decades. In n the steroid world, it’s considered an ancillary medication, and has two primary functions:
1. During a cycle to maintain a degree of testicular function
2. After a cycle (for post-cycle therapy) to recover

In men using anabolic steroids, natural testosterone production is halted, and intratesticular testosterone levels are greatly diminished. When levels of intratesticular testosterone are decreased, there is a correlation with difficulty in the post-cycle recovery of natural hormones. When used during a steroid cycle, hCG is thought to keep the Leydig cells active, and this can be observed by the fact that ITT levels remain are elevated with hCG. This seems to be logical… keeping them stimulated may allow them to rapidly reengage in the production of natural testosterone when the cycle is over.

There is a great deal of clinical data that supports this theory, and in fact, hCG is often considered an adjunct medication for men receiving testosterone replacement therapy, to maintain fertility.

Anecdotally, while most steroid users experience testicular shrinkage on a cycle, concurrent use of hCG seems to greatly reduce this occurrence. And since atrophy is generally a symptom of inactivity, this tells us that hCG is keeping the testicles active (to what degree, I have no idea). Typically, those who have experienced the best results with hCG on a cycle, have used anywhere from 500iu every other week to every third week to 250iu twice a week.

The danger with using too much is that the Leydig cells can actually become desensitized and this will make post-cycle recovery far more difficult. There have also been some users who report gynecomastia from overuse of hCG, and this is most likely due to hCG’s ability to amplify aromatase activity.

Therefore, if you’re on a heavy cycle and using hCG combat testicular shutdown, you may be running a far greater risk of developing estrogenic side effects. So here we’ve got a catch-22: heavier cycles require more aggressive measures to maintain testicular function and sensitivity, but those are exactly the kinds of cycles that run additional estrogen-related risks with hCG. 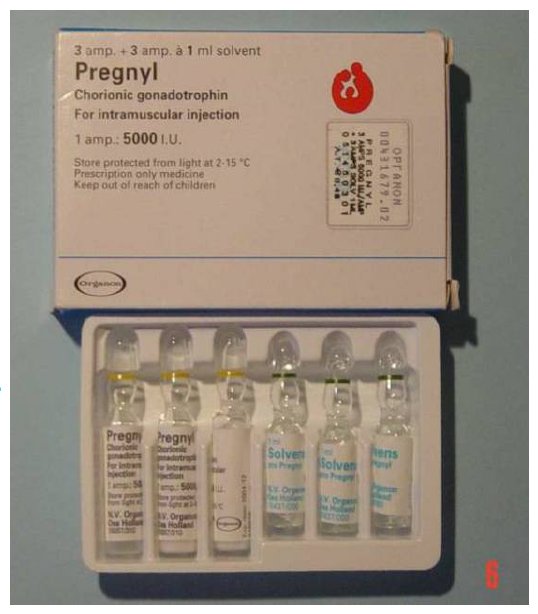 The best approach is obviously to use the least amount possible, and I’ve personally found that 500iu every second or third week is a good compromise, where I’ve seen the best results with a minimal possibility of side effects.

While many users will opt out of using hCG during a cycle, or will use another compound that anticipates recovery (an aromatase inhibitor, for example ***link to my Arimidex Article***), I rarely see anyone leaving hCG out after a cycle. Human chorionic gonadotropin is probably the single most effective drug for quickly regaining normal testosterone levels after a cycle.

However, it provides a rapid but perhaps unsustainable boost, so most users opt for a front-loading strategy where they begin with a high dose and quickly taper off, while concurrently using other drugs that provide a more sustained recovery of testosterone (a SERM and an AI, generally).

Commonly this involves a first dose of 5,000iu injected once or twice in the first week, half that dose injected in the second week (again, once or twice), and ending with 1,000-1,500 iu injected for the third week. Some users will continue the lower dose for an additional week (for a total of one month on hCG), but very few will use it for a second month, and three or four weeks is easily the standard duration.

But maintenance and recovery of testosterone is not the only use for hCG. It can also be used to stimulate the thyroid gland after shutdown caused by use of thyroid medications (https://www.ironmagazine.com/2016/does-thyroid-medication-boost-performance/).

The thyroid gland secretes two hormones: thyroxine (T4) and triiodothyronine (T3): T3 is the primary physiologically active hormone, and T4 is converted into T3 by deiodinase. Roughly 80% of the body’s T3 is generated from this conversion. Secretion of T4 is regulated by Thyroid Stimulating Hormone, and hCG has a structural similarity to TSH. Because of that fact, hCG can also be used to stimulate production of T4 . Although there isn’t a ton of medical data on people using hCG to kick start the thyroid, I’ve seen it done enough times to say that it works – and it’s a lot better than coming off a cycle of thyroid meds cold-turkey.

I’m going to hazard a guess and assume that this ability to stimulate the thyroid is where the infamous (and silly) “HCG Diet,” came from (note: although there is ample evidence for hCG as a TSH stimulator, it’s doubtful that the HCG Diet holds any merit).

Because the commercial production of hCG is more involved than standard anabolics, it’s very rarely produced by underground labs. With that in mind, hCG is most often sold as a legitimate pharmaceutical preparation in a 10ml multi-use vial with a white powder at the bottom, to which sterile water must be added to reconstitute. It’s also sold in pairs of ampules, one of which contains enough hCG powder for a single dose, and another containing the water. This is a little more convenient, as once the water has been added to the powder, refrigeration is required.