How the Internet Negatively Impacts Fitness 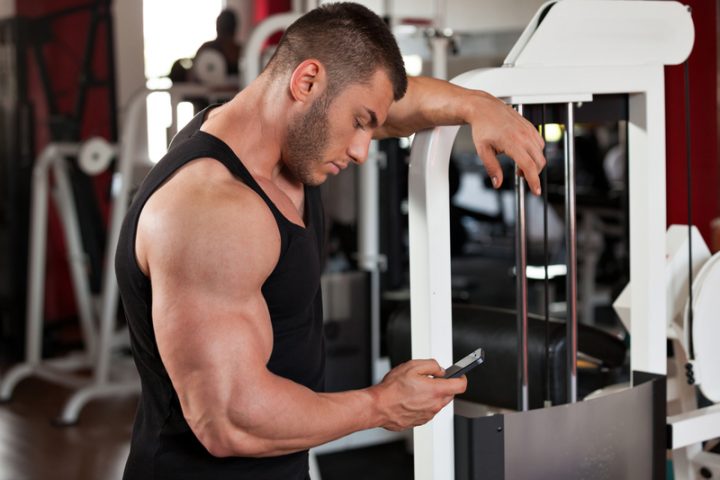 Technology has made a drastic impact on day to day living in society today. Tasks that were once very time consuming, can now be completed with a few keystrokes and a touch of a button. News was once limited, and events around the world would go unheard or were delayed. That has all changed. Television, the Internet, and social media have allowed people to learn of global events as quickly as they happen.

Technology has advanced at an extraordinary rate over the past decade. People have become dependent on cell phones, the Internet, and social media for almost everything. It’s how people communicate with one another, complete daily tasks, and how many learn today. Print newspapers, magazines, and books are quickly becoming a thing of the past. It can be argued that technology, the Internet in particular, has made life much more efficient. While the Internet has made certain things much easier and convenient, it has its downside. The information available online seems to be never ending, and the content is rapidly growing every day. The ability to find information on every subject imaginable may appear to be a good thing, but there is probably as much misinformation as credible material buried online.

The heavy reliance on the Internet for information has caused many people to stop thinking for themselves in a sense. While people learn from credible information online, there is still a good amount of bogus information that’s soaked in. Every topic that can be typed into Google will generate good and bad content, and that includes anything to do with fitness and bodybuilding.

Today, it’s very common for people to bypass content found on the Internet when seeking information on diet, training, and supplements. Instead, they turn to Facebook groups, and other online forums for advice. This often results in a 20-year-old kid passing on advice that was given to him or her in the same manner. Often times, the origin of the information passed along has no credible basis. Not all information or advice given on social media is wrong. There are plenty of experienced members that give legitimate advice, but for many, it’s difficult to weed through the BS to determine what’s legit and what’s not. Relying on the advice of others and not taking the time to research can be detrimental. When an individual takes the time to understand why they need to eat certain foods, train a particular way, and understand how the supplements they take work, they will usually put more emphasis on following through.

It’s very common today for individuals to seek out advice in regards to using anabolic steroids, HGH, IGF-1, and other bodybuilding drugs. Instead of taking the time and energy to research these drugs themselves, they rely on the word of someone they’ve never met on a Facebook bodybuilding group or online forum. They have no idea who is sitting behind the computer, but they still consider their advice credible. This practice is obviously ignorant, but it can be downright dangerous. When I scan through some of these forums and groups, I cringe when I see some of the advice posted. First time steroid users post their cycles for people to comment on, and its common to see these cycles consisting of multiple anabolic steroids stacked together, with doses being much too high for a first time user. When other group members see excessive doses posted on cycle layouts, they assume that’s the way it’s supposed to be used. Then they follow suit. This is an example of how the Internet has hindered bodybuilding, fitness, and overall health.

Online coaching has become the new fad in the fitness industry with social media. Fitness enthusiasts fill up news feeds on Facebook with their training videos and diet tips. It seems there are almost as many online coaches as there are potential clients. I repeatedly see these coaches post on Facebook, letting everyone know they have a few spots open for new clients. Of course they have room for new clients. The market is so saturated with self-branded online coaches, that there aren’t enough clients to go around. There are legitimate online coaches that have proven their worth over the years, but they are rare. Just because someone has read some bodybuilding magazines and made progress in the gym, doesn’t mean they are qualified to coach anyone in an attempt to help someone reach their full potential. As with online forums and groups, using certain online coaches can result in the blind leading the blind. As with anything bodybuilding and fitness related, only take advice from an online coach that has proven his or her worth. Do your homework.

As a society today, we’ve come to rely on social media and macro-nutrient calculators to tell us how to eat, train, and what supplements to take. While this appears to have made living a fit life easier, it’s taken some important elements out of the equation. Looking back several decades, there was no Internet to rely on and no social media to turn to for advice. Bodybuilders simply researched themselves and kept things simple. Today, we’ve got more information at our fingertips than ever before. There are apps that calculate diets, design workout plans, and those that track progress. With all of these advancements, our society should be fitter than ever. Instead, two-thirds of the population is overweight, with one-third being obese. Technology will never replace hard work and the willingness to learn.