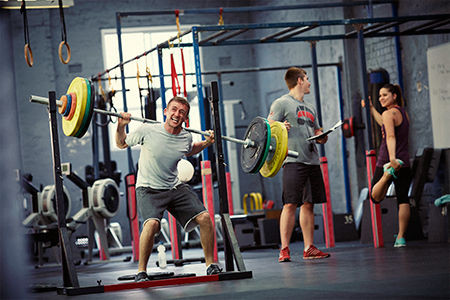 From time to time browse around and watch training videos on YouTube featuring both men and female IFBB professional athletes in various divisions.

One thing that has struck my mind after training 20+ years is the technique being performed in some of these videos. It is quite surprising to see some of these pros actually more resemble beginners than anything close to professional athletes. For example while doing shoulder presses or biceps curls – even if they know a camera is rolling – it doesn’t seem to matter! In addition to the lacking techniques, some look extremely uncomfortable while training, (not in the way of lifting really heavy and controlled), no like they actually hated working out! This fact makes you wonder if they truly have a general appreciation for the gym at all, and if they only did weak ass workouts during a shorter period before their next show and just loved the spotlights.

Take for example IFBB Pros like David Henry or the Notorious Bertil Fox, instead of using a laser sharp perfection in their performance, heavy or not; they throw around dumbbells like Grizzlies on mescaline seemingly aiming to get injured in action. I have also seen a few females; even Olympians, training pretty lousy compared to their achievements and their golden trophies on their living room shelves. Sure anyone can do a little bit of cheating during some lifts to experiment for a period of time, but cheating or throwing weights should never be a general training style! Hell, even my ex who hated training and did a workout every 5th year would smoke some of these girls and guys when it comes to the exercise form and performance.

So why do these pros with pretty shitty lifting technique still kill some of the other pros in competition line ups? Well, as the most of us know, it’s the genetics. These competitors are the per mill percent who can lift lousy but still outgrow most people around us. That being said, genetics is the overwhelming factor when they get picked for the first callouts in any division, and not necessarily how well they train. Nevertheless, this concept works well until the day they compete against someone with similar genetics, but who did their homework, and went through a hell camp of sharp training before they entered the show!

Take for instance Pros like Lee Priest, Dorian Yates or Dani Reardon, all of them have excellent technique and work ethics, plus really good genetics which made them win over athletes with both similar genetics, or even better, in addition their achievements speaks for themselves!

How should the beginners – or people in general approach this fact? Well, to continue to hone their techniques inside the gym, of course, because for most of uscorrect form during squats to benches or biceps curls is still essential to maximize muscle gains. Basically everything needs to be correct for a person with more normal genetics to reach hypertrophy – especially if the athlete has been training for a couple of years – but also to minimize the chances of getting injured!

As further examples of the topic, it is hard to imagine boxing genius Floyd Mayweather not wanting to improve his boxing skills orbeing a lazy assin general while trainingor a Tom Brady being sloppy at his quarterback training routines. Pride and elitism should not only be seen while competing, no it shall shine through every aspect of an athlete’s journey of becoming the greatest – and that does of course include the core of it all, training sessions.

Conclusively, form is essential for everyone – even if you are an IFBB Pro genetic lottery winner. Because there are those who are less fortunate than you when it comes to DNA, and they might be your fans who look up to you. Remember that they learn from you and they are watching you, so keep this is in mind the next time you are training and especially in front of a camera!