Gear Is Not Magic! 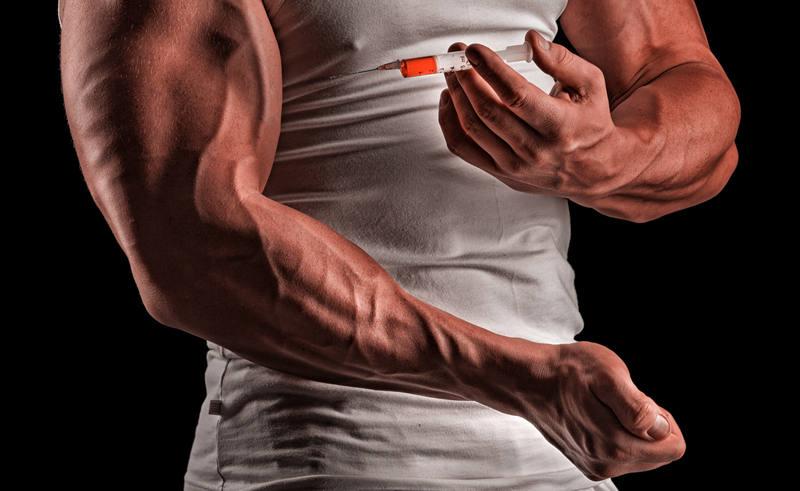 When the outside world perceives the sport of bodybuilding and its competitors, one of their first thoughts is always, “STEROIDS!” The general misconception derives from seeing this ‘out of the ordinary huge and muscular guy’ and not realizing the hard work, dedication, and sacrifice behind all that muscle. They don’t see the blood, sweat and tears comprised of a 24-hour lifestyle, eating every 2nd or 3rd hour, 6-10 meals a day, training 5-6 days a week, sometimes even two sessions per day, plus additional cardio.

In addition to the misconceptions, some people actually believe that anyone could look like an IFBB Pro if they just took a cycle of a few D-balls. We, who have been around the gym culture for a decade or more, know that that is far from the truth. I’ve seen a bunch of juiced up guys over the years – who still look like shit although they’re on 2 grams of test weekly, stacked with Deca and Anadrol and god knows what else. This can both involve bodybuilders who are sloppy in their work ethic, but also a few who are consistent.

Other critics are those who still are pretty knowledgeable about bodybuilding but lazy. They ease their jealousy with the words “That’s all steroids!” This is just in an effort on their part to try to legitimize their shady work ethic or lousy genetics. Many of the critics would do better instead to get their priorities straight!

Instead of eating crappy foods and crying inside like a anorexic model from Milano after eating a half twinkie; get your lazy asses from the couches and get your priorities straight! Partying every weekend and eating junk 4-5 days per week, or not digging into the quality of literature of bodybuilding, won’t get you anywhere.

Then when it comes to gear; sure, it’s part of competitive bodybuilding as in the most other elite sports out there, but as in any other elite sport, the major keys to success are dedication and hard work – and the major factor of it all, especially for bodybuilding is the ‘genetic factor’; how well you respond to training and nutrition, what your anatomy looks like, and lastly, how your system reacts – or androgenic receptors respond – to steroids.

It is also essential to realize that people, who haven’t built up a decent muscular physique naturally before the cycle, will at many times lose the muscle gained the day they decide to stop using steroids. In other words, it’s back to square one all over again. And don’t get surprised if your natural buddies actually look better than you do after quitting. As a result, it will mess up a lot of rookie’s heads – with depression as a consequence. Therefore knowledge about the psychological and physical effects plus how to stack steroids and how to implement post cycle therapy (PCT) is fundamental. Additionally, everyone should realize that building a sustainable muscular physique also demands that you have trained hard for at least 2-3 years naturally, read, and learn before you ever consider using gear.

Conclusively, it’s important to advocate both for the crowd inside and outside the gym world that gear is not a “magic potion” on its own. Bodybuilding is extremely genetic and to maximize your genetic potential the killer workout and diet is elemental. In the end, those who get to become successful athletes are those who in general had the supreme DNA and who are extremely passionate about their training plus working incredibly hard.