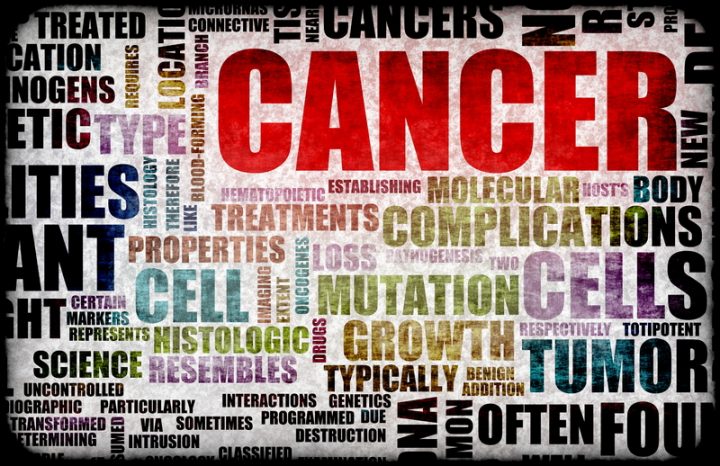 We have all heard that taking care of your body is the best way to ward off cancer—pay attention to your nutrition and exercise regularly. After all, our body is the only place we have to live. People these days seem to take their health for granted. It seems people don’t really appreciate their health until it deteriorates and illness and/or disease becomes their new reality. Some end up fighting for their life because they didn’t take care of their body when they had the chance. The excuse of not finding time to work out is played out in our “always on the go” society. Unfortunately, their lack of time to exercise has caused them to find time to battle the illness/disease they now have looking them in the face. Had precautions been taken, their situation might have been different.

For many across the globe, there might be hope. Because you didn’t find time for exercise prior doesn’t mean you can’t start now. There have been studies published that have found exercise can not only help prevent cancer, but can also improve the patient’s quality of life if they are battling the disease. More research is being conducted on how exercise might affect patients battling cancer and what if any benefits might come from getting active.

A researcher at the University of Montreal Hospital Research Centre believes that there is a direct correlation between exercise and treatment for those suffering from prostate cancer. He also mentions that it’s common for those who have the disease to become sedentary which he feels contributes to the cancers progression. Alongside another researcher from the Edith Cowan University Exercise Medicine Research Institute in Australia, these two researchers are looking to show that exercise extends the life of those with metastatic prostate cancer.

What these researchers believe is that by staying active and exercising while fighting the disease, that it can reduce mortality by at least 22%. They figure this increase can ultimately give about six months of extra time on this planet to those with the disease. These researchers believe that exercise as an additional “treatment” is like utilizing a new “drug” to extend the life of those with prostate cancer without the costs associated with different forms of treatment. On average, those who are diagnosed with metastatic prostate cancer are generally only given two to three years to live depending on when it is detected.

Beginning in June 2016, more than sixty hospitals across the world started looking for participants to begin this study. They believe that more than 900 men will participate in the study to help prove their hypothesis that exercise can improve the quality and longevity of a metastatic prostate cancer patient’s life. The study has already been supported by the Movember Foundation in hopes of helping shed light on the correlation.

The researchers explained, “We will study exercise as if it were a drug added to standard treatments. All patients will be treated within the latest scientific knowledge for this type of cancer. They will continue to follow their therapies and take their medications. But half of the patients will receive psychosocial support with general recommendations on physical exercise. The other half will also follow a high intensity exercise program.” An exercise medicine expert has designed a very specific strength training and cardiovascular protocol for the “exercise” group to follow and adhere to. This protocol will consist of resistance training for a total of three times each week as well as an hour of cardiovascular activity. The “exercise” group will be supervised for the first twelve months of the study and then will be asked to continue utilizing the program on their own. The researchers will be looking at how adding exercise as a treatment option for the patients will affect their quality of life, appetite, and treatment tolerance. What they also hope to find is that adding exercise to their treatment will also help them preserve strength in their bones and muscles since many patients suffer from severe pain and/or bone fractures as complications. The researchers will also use muscle biopsies and blood samples to dive further into how exercise is affecting their overall health as well as the cancer itself.

Researchers are giving this study a five-year timeline. They mentioned that by the end of the study there will be around one hundred researchers across the globe taking part in this study working with patients. They are already wondering if adding exercise to the list of treatments for prostate cancer patients if it will transfer over to any other forms of cancer as well? They are obviously saying it is way too soon to tell or even speculate, but they are predicting that exercise will become the next anticancer therapy. If the results indeed show an improvement, it will be a huge step in the right direction to managing cancer and improving the life of those who are battling to get their health and life back.