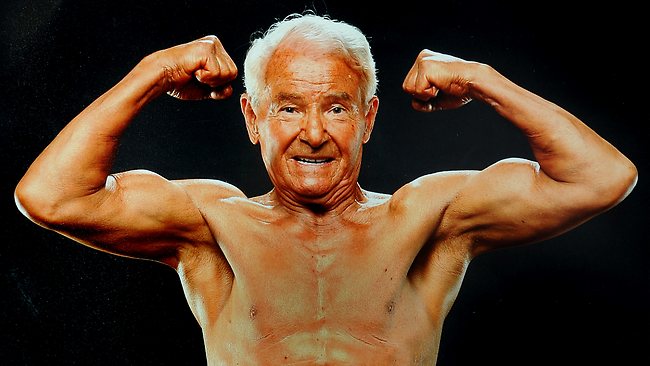 As we get older Father Time isn’t always so forgiving when it comes to injuries and getting banged up. It’s believed by many that at a certain age, the body is no longer able to fully recover from an injury or surgery. That said, just because you’re getting up in age doesn’t mean that an injury of some sort is cause for concern. While any injury raises at least some concern, a new study is finding that if the elderly are active and exercising, their recovery time can be sped up considerably. This doesn’t mean that only those who have been active their whole life either—with as little as eight weeks’ worth of exercise, an elderly individual can bounce back at a much quicker rate than someone the same age who doesn’t exercise says a new study.

A researcher in Canada has stated, “Exercise pre-conditioning may improve the muscle repair response in older adults to stimuli such as acute periods of atrophy/inactivity and/or damage. Exercise-conditioning rescues delayed skeletal muscle regeneration observed in advanced age.” Now granted, this study was conducted on mice and does not show a direct correlation with humans but it shows there may be a possibility of the same results. More research would need to be conducted using human subjects in order to have this ring true.

The group of researchers took mice and split them into three different groups. One group was made up of old mice who have been exercising three days a week for eight weeks, the second group was made up of old mice who didn’t exercise at all, and a third group made up of young mice who also didn’t exercise. Note, this study might be found offensive by some. Right, wrong, or indifferent, what took place in the lab and the method used does not reflect the beliefs of the author or the website publishing this article.

After the study was complete, the researchers concluded that indeed through exercise, it is possible for the elderly (mice) to experience quicker muscle recovery from some type of injury or trauma as well as adding muscle when compared to those who did not exercise. The researchers stated, “this is a clean demonstration that the physiological and metabolic benefits of exercise radiate to the skeletal muscle satellite cells, the adult stem cells responsible for repair after injury, even in senescent animals. Strikingly, even as the contractile elements of muscle tissue wane with age, the capacity of the satellite cells to respond to exercise cues is maintained. The aging-resistant retentive property could be added to the list of features that define adult stem cells.”