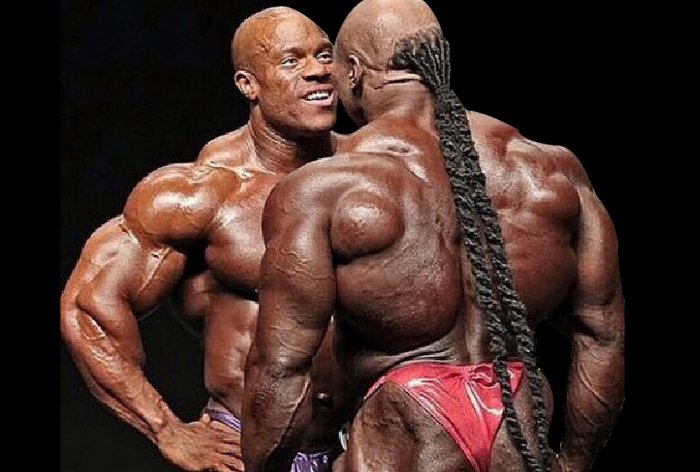 In an industry where we all share one common goal, to get in shape and live a healthy lifestyle, it blows my mind how egos tend to overshadow the industry and in some cases give it a black eye. And it seems like the biggest contributor for all of this is social media. A platform that allows everyone to have a voice and share things, has now become the largest dirty laundry and bitch-fest ever.

Gone are the days of friendly competition like between Arnold and his buddies while working out at Gold’s Gym. Now we have keyboard commandos who are coming out of the woodwork trying to destroy peoples character while eating Cheetos in their mom’s basement. It needs to stop. The fitness industry is known for steroid abuse, narcissism, body image disorders, eating disorders, exercise dependence and more. We don’t need to be puffing out our chests in order to try and prove something or act like we’re better than anyone else.

There’s one individual in particular who stands out more than anyone I’ve ever seen when it comes to douchebagery in the fitness industry. I won’t reveal his name, but he is no longer a competitive bodybuilder but runs his own supplement company. I’m sure many of you will be able to put the puzzle pieces together after what I’m about to say and figure out who this individual is. This individual uses his social media platforms to speak to his followers and fans. Or as I like to call them, his “cult” followers. This individual has gone on the record saying he lives in a very nice neighborhood full of doctors and other wealthy businessmen and he has found out that if he leaves his trash cans at the street after they come through to collect the trash on the given day of the week, that his neighbors don’t want the eyesore so they will personally bring his trash cans up to his house for him. He brags about this as if saying they are his slaves since he’s too lazy to go get the cans himself. He also brags that he doesn’t have time to find a parking spot so everywhere he goes he parks in front of the door and if he gets ticketed he just pays it off like it’s no big deal. He also goes on to brag that he purposely goes to his favorite burger joint right when they close to keep them open and make the employees stay late. I hope they put some “special sauce” on his burger. Honestly, this guy is a douchebag and terrible for the industry. And there are others just like him.

There are several other cases similar to the one I just mentioned. And to be honest, it’s quite sad. I’ve been in the industry for over a decade now. I’ve gotten thousands of emails from people around the world telling me my articles have helped them live a healthier lifestyle or reach their goals. I’m not saying everyone has to be like me or that I’m tooting my own horn. But why would someone shit where they eat? This industry is shared by all of us. It’s about building people up and helping them reach their health and fitness goals. It’s pushing each other every day of our lives to be a better version of ourselves. Not someone else. Ourselves. When you try and compare yourself to others is when you fail. Be the lifting partner your buddy needs. Push them to hit personal records and break through plateaus. Or be the voice of reason when someone is dieting yet they are staring at that piece of cake as if to think that just one piece isn’t going to crush their contest prep.

The simple saying of “treat people how you want to be treated” rings true. Stop knocking down other people in the industry. If there’s good reason to not like someone, then so be it. Then karma will work its way back to that individual. If you don’t like someone, then just don’t associate with them. Going on social media and having all of your followers go attack someone else’s social media is childish. We aren’t in high school anymore. Doing so can land yourself in the middle of a lawsuit for screwing with someone’s business and livelihood. If something gets that bad and annoys the hell out of you, then be a man and talk to the individual who you’re having a problem with—especially if it’s doing harm to you personally. Maybe there’s just a misunderstanding that can be worked out. If not, then agree to disagree and go your separate ways and move on.

These social media attacks are getting out of hand and some are even dangerous. There have been several occasions where I have seen other people have death threats against them just because someone didn’t agree with what an individual said or did in the industry. If you must, say your piece and be done with it. Holding a grudge and taking that with you everywhere you go in the industry isn’t healthy. Learn to let go of some of the stupid trivial stuff you see in the industry and be the change you want for the industry. Lead by example and stop being a little fluffy sheep and simply going with what the masses are doing and saying. You have a voice, so speak up.

Don’t let others in the industry influence you to change your morals and ethics. The only thing you have in this industry is your character. If you don’t care what people think of you then be like the douchebag mentioned in the earlier example and have everyone hating you other than likeminded individuals who are just as bad. Otherwise, work hard every day to help people understand why they should be looking to better their health and fitness. Give them some guidance if you can.

When you walk into the gym, leave your ego at the door. That scrawny kid on the bench struggling with 135, that was you once. Just remember that. Use this industry to make a name for yourself but never forget where you came from. You weren’t always where you are now, and just when you think you know everything or you’re the best at what you do, there’s always someone who’s better and even more people working twice as hard to take your place. Have some humility in everything you do. Have pride in your accomplishments. But never forget who you are and the model you want to be for the industry and those looking to break into it. Be the role model you wish you had when coming into the industry.

Let this article be a reminder to all of us. Hard work pays off, but taking what you have gained and using it in a negative light in the industry is not good for the industry and definitely isn’t good for you. Think before you speak. Think before you act. And if you simply don’t care, then maybe you should think about leaving an industry that doesn’t need someone like you in it.