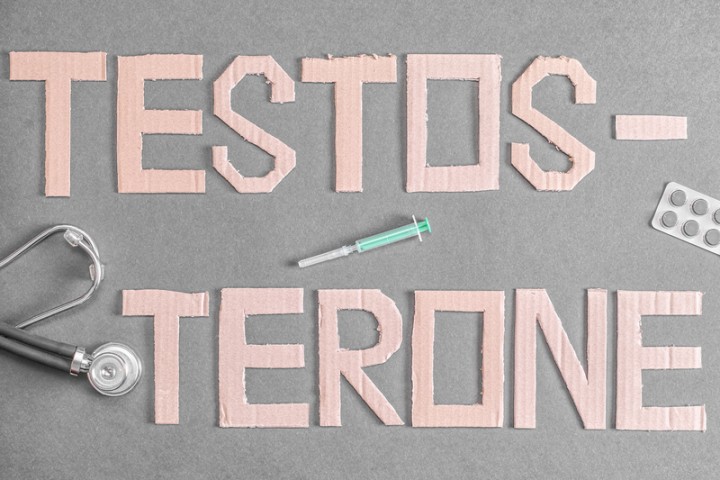 The so called double-blind randomized controlled trial (RCT) is accepted by medicine as the gold standard objective scientific methodology, and provides the highest strength of evidence for the effectiveness of a treatment.[1-4]

Recent clinical practice guidelines state that testosterone therapy is safe if treatment and monitoring are appropriately executed [7-9], and the totality of available evidence to date does not support alleged concerns regarding risk of cardiovascular disease [10] and prostate cancer.[11] Despite this, opponents state that the clinical benefits and potential long-term risks of testosterone therapy have not been adequately assessed in large RCTs, and that therefore a general policy of testosterone replacement in all older men with age-related decline in testosterone levels is not justified.[12]

– In the group of men with symptoms of low vitality and fatigue, testosterone treatment did not significantly affect fatigue symptoms, but had favorable effects on mood and reduced severity of depressive symptoms.

The Testosterone Trials include 790 men aged 65 years or older, recruited primarily through mass mailings in 12 U.S. communities, with a total testosterone level of less than 275 ng/dL (9.5 nmol/L). They were randomized to receive testosterone gel or a placebo gel, applied to the skin daily.

The goal of testosterone treatment was to increase testosterone levels to within the normal range for young men and maintain it during the one year treatment period. The initial dose was 5 g of 1% gel. Blood testosterone levels were measured at months 1, 2, 3, 6, and 9, and the dose was adjusted after each measurement, if necessary, to achieve the target range of 500–800 ng/dL (17.3-27.7 nmol/L).

Here I present the results of the first three – Sexual Function, Physical Function and Vitality – of the seven trials. Effects on other outcomes (cardiovascular, bone density, cognition and anemia) will be reported in the future.

What these studies add

To participate in the Sexual Function, Physical Function and Vitality trials, in addition to low testosterone, the presence of at least one of three conditions (low sexual function, difficulty in walking or low vitality) was required.

Of the 790 men who were enrolled, 705 completed 12 months of testosterone treatment. The results were reported both for each trial separately, and all trials combined.

Averaged over all follow-up visits, testosterone treatment significantly increased sexual activity (assessed with the PDQ-Q4 score) compared to placebo, both among men enrolled in the Sexual Function Trial and among all Testosterone Trials participants.

A greater increase in testosterone level during treatment was associated with a greater increment in sexual activity.

Men in the testosterone group were significantly more likely than those in the placebo group to report that their sexual desire had improved since the beginning of the trial.

In men with difficulty walking, testosterone treatment did not significantly affect walking ability, as measured by the distance they could walk in six minutes (6MWT, a common test of walking ability). However, there was a significant between-group difference in favor of testosterone in the change from baseline in the PF-10 score, which asks if perceived health limits physical activity, basic mobility, and basic activities of daily living.

Men who received testosterone were more likely than those who received placebo to perceive that their walking ability had improved since the beginning of the trial.

In the group of men with symptoms of low vitality and fatigue, testosterone treatment did not significantly affect fatigue symptoms, but had favorable effects on mood and reduced severity of depressive symptoms. Despite no overall group effect on fatigue, it was found that a greater increase in testosterone level was associated with a greater improvement in fatigue, and men who received testosterone were more likely than men who received placebo to report that their energy was better at the end of the study.

When pooling results from all men in the three trials, testosterone treatment significantly reduced fatigue symptoms, compared to placebo.

Adverse events and side effects

When comparing serious adverse events between the testosterone and placebo groups, there were more hospitalizations and deaths in the placebo group, 78 vs. 68 and 7 vs. 3, respectively. There was an equal number of heart attacks and strokes in the groups.

As expected, hemoglobin and PSA increased more in the testosterone treated group. However, the International Prostate Symptom Score (IPSS), which is used to identify symptoms of benign prostatic hyperplasia, did not differ significantly between the two groups.

There was no pattern of a difference in risk with respect to other cardiovascular adverse events. However, patients were followed – without treatment – for a second year. In the second year, there were 8 heart attacks in the placebo group compared to 1 in the testosterone group.

This first report from The Testosterone Trials provides high quality evidence supporting the benefits and safety of testosterone therapy in men 65 years of age or older. Results show significant improvements in all measures of sexual function and some measures of physical function, mood, and depressive symptoms, and no serious adverse events.

In the aftermath of previous low quality observational studies which alluded to an increased risk of heart attack and stroke with testosterone therapy [17, 18], it is especially notable that testosterone treatment did not increase the incidence of heart attack and stroke in this well conducted study. Surprisingly, there were more hospitalizations and deaths in the placebo group. This is in accordance with other studies, which I have previously presented.

Despite this, the abstract conclusion says “The number of participants was too few to draw conclusions about the risks of testosterone treatment”.[13] However, in a previous RCT of testosterone gel therapy in 209 similarly aged men for only 6 months, big headlines were made in 2010 touting that testosterone therapy increases risk of cardiovascular adverse events.[19] This despite the fact that the population of men had a high prevalence of chronic disease at the start of the study, and thus are not representative of the large general population of men who are eligible for testosterone therapy. The first report from The Testosterone Trials summarized here was conducted in men who are representative of the general population, it included over 3 times more subjects (705 vs. 209) and lasted for 12 months (as opposed to 6 months).[13] It is quite interesting how the status quo is hushing down proven benefits and safety of testosterone therapy and blowing up supposed dangers, even when the studies behind the latter are of inferior scientific quality, not applicable to the general population [19], and in some cases even blatantly flawed.[17, 18]