Newer PostDo You Listen to Music or the Voices in Your Head?
Older PostCacao flavonoid (-)-epicatechin inhibits myostatin and strengthens muscles
Share on FacebookShare on TwitterShare on LinkedinShare on Pinterest 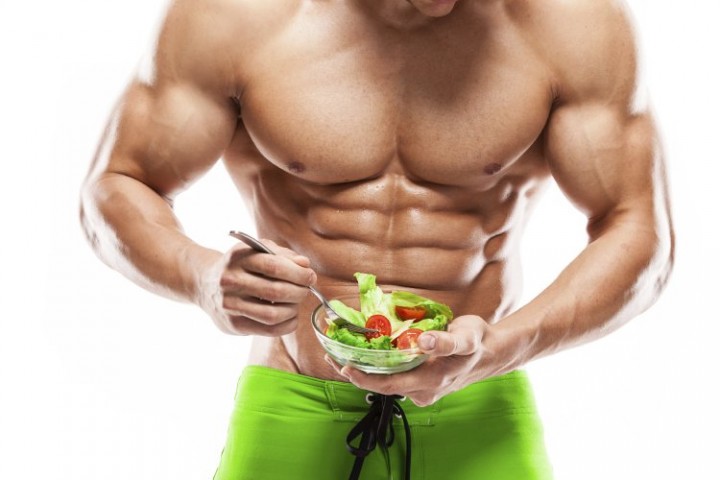 The plethora of information that comes at us from all angles in this day in age makes it exceedingly difficult to decide what is right, wrong, legitimate, or phony. This reality is especially true with regards to nutrition. We have hugely popular figures like Dr. Oz telling us to eat truck loads of grains and fruit, along with the mainstream news telling us that each whole egg we consume takes a specific amount of time off our lives. Let us not forget television commercials and billboards telling us that a cardboard box full of sugary, processed little hoops “may help lower cholesterol”. On Monday we are told eggs are a healthy food and oats are bad, by Thursday we are told eggs are bad and oats are actually a healthy food. Hypocritical statements like this are fueled by powerful industries attempting to sell their product via lobbyist-induced government recommendations and are quite common in today’s corrupt system. As with most dilemmas, the best thing to do is take a step back and utilize the long lost art of critical thinking, in order to determine an appropriate solution.

The common question of what is truly healthy to eat, can in part be answered with another question. This question being: why do wild animals not worry about what they should or should not eat? The reason these animals do not have to worry about eating foods that are unhealthy for them is because they are only capable, for the most part, of eating what is available to them where they live. It is virtually impossible for a tiger to eat an “unhealthy diet” for the simple reason that foods which would be unhealthy for a tiger are either not available in this animal’s habitat, or these foods simply would not sustain the animal very long. Nature put the appropriate foods in place for each animal, or vice versa, however you want to look at it. Tigers have antelope and other large animals available to them, while predatory fish have smaller fish and small mammals available to them. These animals do not have the option of eating processed foods, fried foods, or candy, even if they wanted to. Humans on the other hand, have used their intelligence and technology to harvest and even create foods that would never be available to them in nature. There are very specific foods available to us by nature, which lack the need for much human manipulation. In today’s confusing nutritional climate, it would behoove one to simply analyze what foods are openly available to us by nature, and choose to eat these foods, as obviously this is what nature intended for us to consume.

So what would this diet look like? Imagine you are living in the forest with only simple tools at your disposal, there is a specific way that your diet would look. The first food choices that come to mind are fish, vegetables, and eggs. These foods would take little work to obtain and more than likely make up the bulk of your diet. Different forms of meat such as rabbits, birds, or even red meat would also be available to you, albeit in smaller quantities, as they are harder to acquire than fish. Fruits and berries are obviously seasonal and without an efficient way to store them, they would be only temporarily available a few months out of the year. Not to mention, even if fruit was unlimited, you can only eat so much fruit before you feel like a sick hot air balloon. Refined sugars, along with any wheat based product would be impossible to consume in a natural setting. Read that again. It should also be noted that attempting to eat a vegetarian or vegan diet in this “natural” situation would ultimately lead to starvation, most notably in the winter months. In other words, based on the way that we evolved, a vegan diet equals death.

As if this style of eating being healthy is not obvious enough on its own, science has aided in proving its efficiency over the years. Most of that information is essentially hidden from us of course. For starters, this natural, evolutionary diet would be high in fish, which is an excellent source of omega-3 fatty acids. These omega-3 fatty acids have been found to reduce inflammation, which can lead to heart disease, improve brain function, and keep the eyes healthy. The poor ratio of omega-3’s to other fatty acids in the majority of modern diets is one of many causes of inflammation and heart disease. Second on the menu in terms of quantity would be greens and similar vegetables. This category of food contains important fibers as well as phytonutrients, both of which are anti-cancerous and help to cleanse the body, while simultaneously helping it fight off general illness. As far as macro nutrient ratios are concerned, this diet would be high protein, moderate fat and low/moderate carbohydrate. It is well documented that from a health standpoint, it is important to keep carbohydrate intake to a minimum for several reasons. Excess carbohydrates are the leading cause of obesity, are responsible for the development of type 2 diabetes almost exclusively, raise cholesterol, and also serve as fuel to tumor growth. In short, carbohydrates are the main reason America is so sick.

This begs the question, why does our government recommend dangerous amounts of carbohydrates and foolishly low amounts of proteins and fats, as opposed to recommending that we simply eat the way our ancestors did for millions of years? Unfortunately, the answer lies in the involvement of lobbyists from large industries such as the corn, wheat, and dairy industries in setting these recommendations. These outrageous recommendations are in large part determined by these lobbyists coming to agreement with one another on macro nutrient ratios that are most lucrative for their particular industry or company. It is no coincidence that we are told on mainstream television that wheat based cereals lower cholesterol and high fructose corn syrup is no more harmful than real sugar. It is also not by chance that we are taught to fear foods like meat and eggs, as these foods are not backed by major industries possessing the wealth needed to have a say in government recommendations.

If a food requires high amounts of processing and other man made alterations in order for it to be consumed, it should be obvious that it was never meant to be consumed in the first place. It is quite astounding to see how few people in the medical and nutritional fields take this simple observation into account. Do people really believe that little processed shapes that come in a cardboard box and last for two years at room temperature, are a healthier choice than bacon or eggs, both of which we have been eating for millions of years and are readily available to us in nature? Think about that. The takeaway messages here should be to always think for yourself, do not play the role of a sheep blindly following the shepherd, think critically, and never underestimate the corrupting powers of the all mighty dollar.