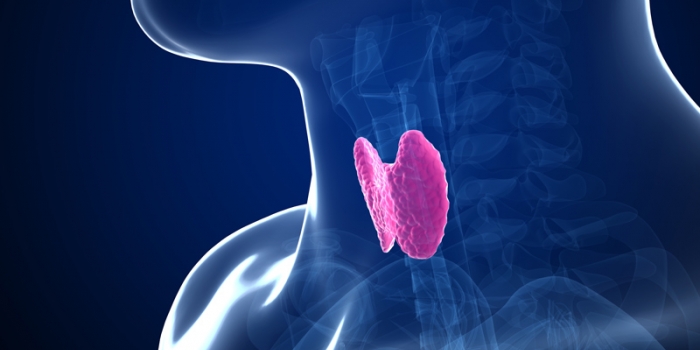 At least fifteen Olympic Gold Medals, including nine from Carl Lewis, were won by athletes using thyroid medication. But it’s not just fast-twitch athletes using the drug – Ryan Hall, the marathoner also has a prescription for it, as do elite distance runners Galen Rupp and Bob Kennedy. The U.S. Anti-Doping Agency as well as U.K. Anti-Doping requested that The World Anti-Doping Agency issue a ban on thyroid medication because they believe it is being used by athletes to increase performance by speeding recovery.

But currently (as of 2016), thyroid medication isn’t banned by any doping agencies – though it does raise the question, since it’s a drug being widely used by so many top level athletes, is it actually a performance enhancer?

First, let’s take a look at what the thyroid is, and what it does…

Your thyroid is a vascular structure that basically looks like a butterfly wrapped around your windpipe – two lobes connected by a broad central isthmus, with the “wings” spreading over and wrapping around your larynx and trachea. 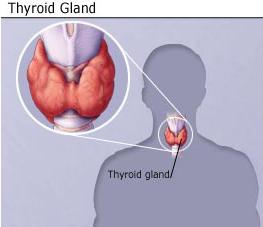 Hormone-wise, we’re concerned with two: the first is thyroxine (T4) and the second is triiodothyronine (T3). Thyroxine is generally considered the inactive thyroid hormone and needs to be converted to T3 to have the (usually) desired physiological effect. . This is done by deiodinase enzymes, of which there are 3 types – D1 and D2, which initiate the conversion of T4 to T3, plus D3, which is involved in the deactivation process.

Circulating T3 is derived from the thyroid gland and by enzymatic deiodination of T4 in liver and kidney.

So how would it be possible for these hormones to help boost performance? Well, if your thyroid isn’t functioning properly, and not producing enough active hormone (called hypothyroidism), you might feel fatigued or depressed, and possibly gain fat. Basically, if you think the usual symptoms of overtraining, that’s what it feels like when you have a lowered thyroid – and intense training has been linked to a decrease in T3 through a lowered conversion rate of T4.(1)

Thyroid hormones are also thought to be closely involved in training adaptations as well as metabolic control (2). That first part is self-explanatory – training adaptations are the way your body copes with training – by getting stronger or whatever the specific training stimulus causes by way of response. The second part relates to the fact that thyroid hormones regulate macronutrient metabolism (carbohydrates, fats, and proteins). Thyroid hormone also serves to increase the rate at which cells release energy from carbs, enhance the anabolic effects of protein (synthesis), and mobilize fats for use as energy.

In 1982, researchers performed a study on 29 healthy female runners who had been putting in about 14 training miles per week. First, they tested their thyroid hormones, then had them basically double their mileage (an attempt to produce overtraining symptoms through increasing volume too rapidly). After the women increased their mileage, they were retested, and it was found that their thyroid levels were impaired. Two years later, a follow up showed these same women running 50 miles per week, with no thyroid impairment. (3) So it likely wasn’t the mileage per se, it was the sudden jump in volume.

But that’s exactly what overtraining is – when you reach beyond where your body has been equipped to function, and do so for an extended period of time. I’m not saying that using thyroid medication can prevent overtraining, but it’s likely to be a piece of the puzzle.

Research in this area is lacking, and while numerous studies have confirmed a degree of correlation between a lowered thyroid and overtraining, there is a chicken/egg dilemma here, and we can’t be 100% certain what’s happening in terms of causation. There also haven’t been any studies that have specifically examined the use of thyroid hormone (either T3 or T4) and its effects on training.

What happens if you start giving an athlete thyroid medication? We know that bodybuilders use it for their contest preparation, and that it helps get rid of fat – but they’re probably using it in doses that athletes don’t need. Plus, there are pretty severs consequences for over-medication with thyroid drugs, like fatigue, weakness, decreased sleep quality…basically, once again, we’re talking about a ton of symptoms that are associated with overtraining. In precontest bodybuilders, we see these symptoms quite regularly, but they’re able to push through them with copious amounts of anabolic agents and other pharmaceuticals.

But with so many elite athletes using thyroid medications, I’m inclined to think that it can be used successfully, if monitored and regulated. I’m also fairly certain that if I were coaching an athlete at the top level of their sport, I’d be sending them to the doctor’s office to get their thyroid hormones checked, and if possible, optimized.