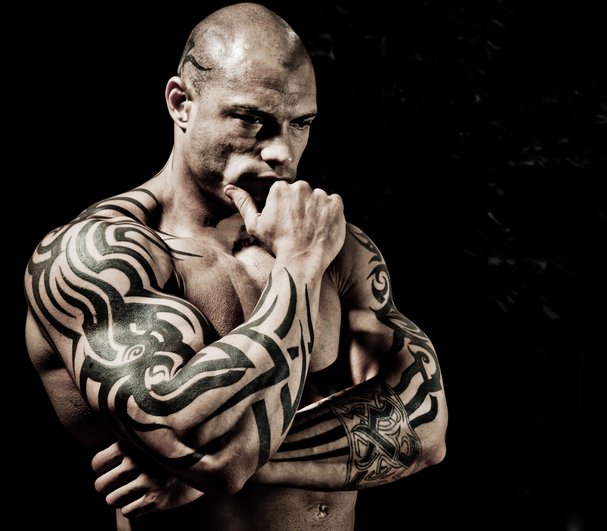 Everything tends to move in phases. This is true of training, diet, drug use, and even the smaller, less recognized aspects of the bodybuilding experience. Although some of the younger guys won’t remember this, it was only about 15 years ago that the use of aromatase inhibitors was heavily frowned upon when attempting to build muscle mass. We were taught that estrogen was an integral component of the muscle building process and therefore, if a little was good, more must be better. Despite a complete lack of scientific evidence in support of this claim, many bodybuilders chose to forego estrogen management almost entirely, even when employing large dosages of highly aromatizable compounds. Although Nolvadex was the usual go-to treatment for dealing with gynecomastia, as a S.E.R.M it was entirely ineffective at lowering estrogen levels. This allowed systematic estrogen to continue wreaking havoc on one’s health and appearance; both internal and external.

In time, as science failed to establish a connection between estrogen elevation and muscle growth, bodybuilders began to shift their attention away from its benefits and start focusing on its negatives characteristics, such as water retention, fat gain, etc. In an effort to curb these unwanted effects, the off-season use of A.I.’s (aromatase inhibitors) became standard practice. Unfortunately, in the same way that bodybuilders had once sought to keep estrogen levels elevated, we now started to see the exact opposite, with many individuals oversuppressing estrogen production to the point of deficiency. However, neither of these extremes are ideal as both tend to produce many of the same side effects. An example of estrogen’s paradoxical nature can be observed when evaluating its affect on the cardiovascular system. In this instance, both elevation and deficiency tend to increase the risk of developing heart disease/atherosclerosis; a serious consequence that should give any bodybuilder cause for concern.

While most of us are fairly well informed regarding estrogen’s ability to cause feminizing side effects, much fewer seem to be aware of just how critical it is to the recovery and growth process. This misconception developed as a result of its close association with the female sex; a belief which has kept it from receiving it’s just dues for decades and even now causes many to view it as some sort of antithesis to testosterone. While these two hormones do display some antagonistic activity, neither gender can claim ownership, as estrogen plays an important role in the development and maintenance of physiological function in both men and women. In fact, many of the anabolic/anti-catabolic effects typically associated with PEDs are also directly/indirectly influenced by estrogen to one degree or another.

Fortunately, obtaining the best of both worlds is rather easy, requiring us only to maintain estrogen levels within an optimal range. Although opinions on this subject vary, most experts in the field agree that a reading of about 30 pg/ml is ideal for maximizing the hormone’s risk to benefit ratio. With the over-use of AI’s causing many of today’s bodybuilders to sink in the 15-20 pg/ml range, I felt it appropriate to spend some time discussing the many ways in which estrogen can positively impact a bodybuilder’s goals, but before I do so, I have a confession to make. While I would like to see every one of you maximize your bodybuilding progress, my primary motive for writing this article isn’t to help you gain another 20 pounds of muscle, but to help you avoid the potentially serious consequences associated with estrogen mismanagement. With steroids, growth hormone, and insulin all adversely affecting cardiovascular function through multiple mechanisms, it only makes sense to eliminate risk whenever possible, especially when that risk carries no additional benefit.

To be blunt, if someone is willing to spend thousands of dollars a year on gear, as well as additional funds on steroid and growth hormone testing, spending a few bucks on lab work shouldn’t be too much of a financial setback. For those of you who have insurance, getting one’s estrogen level checked can often be done for a one-time fee of $20-$40, and when included as part of a more comprehensive panel, it is frequently included at no extra charge. Still, the promise of more muscular and leaner body is all the incentive most of you will need to demonstrate responsibility in this area. With that said, let’s get right into it.

As one of bodybuilding’s most highly regarded PEDs, growth hormone is something that nearly every bodybuilder wants more of, but which few can afford to use with consistency. While having an unlimited GH budget might be nice, it simply isn’t reality for most of us, so we may as well do what we can to extract maximum benefit from the GH our bodies already produce. Oddly enough, few of us take the time to consider our natural GH levels, viewing them as static in nature and unworthy of potential manipulation. This is unfortunate, as GH production can fluctuate significantly and is affected by several different variables within our control, one of which is estrogen.

Having been known in the scientific community for several decades, estrogen’s ability to increase growth hormone production is well documented. This effect is readily observable in women, whose test results consistently report higher levels of growth hormone than men across all populations. However, this advantage is lost during menopause as a result of the dramatic decrease in estrogen levels that accompany this transitionary state. A similar effect has been witnessed in pre-pubertal children, in whom a single dose of estradiol administered pre-bed produces a statistically significant rise in growth hormone levels relative to control subjects. Although a boost in growth hormone production is a good enough reason for most bodybuilders to keep estrogen levels optimized, estrogen has also been shown to have other desirable effects on this hormone, one of which is the ability to enhance growth hormone receptor expression and receptor binding. In short, this means that estrogen potentiates the effect of GH at the receptor level, making any growth hormone you already have in your body work even better.

With estrogen involved in the regulation of 51 genes in skeletal muscle alone, it shouldn’t come as a surprise to learn that its effect on our musculature is much more complex than what most of us originally thought. Although its ability to increase growth hormone production is fairly well known, its ability to stimulate angiogenesis (the development of new blood vessels) is not. Estrogen plays a direct role in this process by up-regulating a protein coding gene called Angpt1, which is critical to endothelial cell survival, pericyte recruitment, and vascular branching. Estrogen has also been shown to down-regulate the Thbs1 gene; a potent inhibitor of angiogenesis. By enhancing those aspects of our physiology which promote blood vessel development and impeding those which oppose it, overall vascularization is increased, leading to improved microcirculation in muscle tissue. As a result, oxygen and nutrient delivery capacity is increased, as is recovery rate via the accelerated removal of metabolic waste products accumulated during training. Increased angiogenesis also provides cosmetic benefits by contributing to overall surface vascularity.

Next up is nitric oxide. Most bodybuilders are at least moderately familiar with this stuff, as it is the primary molecule responsible for initiating vasodialation (the expansion of blood vessels) and has been responsible for inspiring the formulation and sale of hundreds of bodybuilding supplements over the last 15 years. Even today, it remains (usually as part of a more comprehensive pre-workout formula) a popular category of supplementation. Estrogen has the capacity to increase nitric oxide levels via the activation of nitric oxide synthase; a family of enzymes responsible for catalyzing the production of nitric oxide (NO) from L-arginine. This provides multiple benefits for the bodybuilder, such as enhanced muscle pumps, increased nutrient delivery, and all the other perks associated with increased blood flow. However, unlike dietary supplements that only increase N.O. levels for a few hours, estrogen has a positive impact on nitric oxide all day long.

Another lesser known benefit of estrogen is the ability to alter fuel metabolism, which it accomplishes by regulating intermediary genes involved in glucose and lipid utilization. It does this in several ways, one of which is the up-regulation of pyruvate carboxylase. By up-regulating this enzyme, the rate at which oxaloacetate is formed from pyruvate is increased. This in turn stimulates glyconeogenesis—the formation of glycogen from protein and/or fats. Estrogen has also been shown to up-regulate the Fbp2 gene; a critical player in the glyconeogenesis pathway. Lastly, estrogen has been demonstrated to enhance glucose uptake via increased Glut-4 translocation (Glut-4 is a carrier protein responsible for transporting glucose inside the cell wall), as well as by activating key steps in the PI3K/Akt signaling pathway cascade. Why is this significant? Because it leads to greater glycogen storage within muscle tissue, which is vital for optimizing muscle fullness/size, recovery, growth, and performance. It also has a positive impact insulin sensitivity (the benefits of which are too numerous to mention here) by reducing the amount of insulin required to properly regulate blood sugar levels.