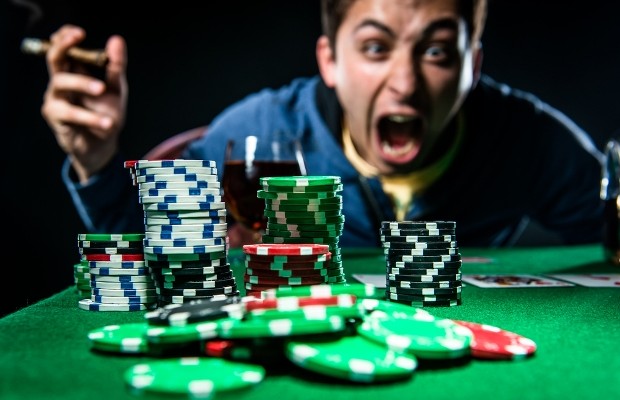 Frequently, social status is tied to economic status (and vice-versa), so it’s been difficult to determine whether one would be willingly sacrificed for the other. This idea was recently addressed by performing a placebo-controlled single-dose (.5mg oral) testosterone administration in female subjects who played a game of bluff poker where resources and status are independent variables. In bluff poker, there are basically two ways to play the game:

Profit-maximizing strategy: if you want to acquire as much currently as possible, the best way is to mislead other players by bluffing randomly, both when good and bad hands are being held. In addition, this strategy necessitates not calling anyone else’s bluffs. Played this way, there is a high chance of winning the most hands (and therefore currency), but a low chance of earning the respect of the other players (i.e. a low chance of acquiring social status). Being caught cold bluffing (being deceptive with a poor hand) or simply allowing other players to bluff at will (tolerating obvious lies) is harmful to status.

The reputable-status seeking strategy in this game is (as you might suspect), the exact opposite – to not bluff randomly and to call other players out when it’s suspected that they’re being deceptive about their hands. The goal of this strategy, therefore, is to earn a reputation for challenging opposing hands that appear deceptive, while minimizing one’s own perceived deceptiveness – traits which we could imagine would earn a good reputation in most endeavors.

So what happened to the players who received the pre-game testosterone? Those test subjects bluffed less randomly, and when they did bluff, it was dependent on the strength of their hand. However, the testosterone made their bluffing predictable to the other players, and therefore placed them at a strategic disadvantage. In other words, the administration of testosterone caused a clear shift in the players’ attempts to gain a reputable status, even when those attempts resulted in economic disadvantage.

Effects of Testosterone Administration on Strategic Gambling in Poker Play.

Testosterone has been associated with economically egoistic and materialistic behaviors, but -defensibly driven by reputable status seeking- also with economically fair, generous and cooperative behaviors. Problematically, social status and economic resources are inextricably intertwined in humans, thus testosterone’s primal motives are concealed. We critically addressed this issue by performing a placebo-controlled single-dose testosterone administration in young women, who played a game of bluff poker wherein concerns for status and resources collide. The profit-maximizing strategy in this game is to mislead the other players by bluffing randomly (independent of strength of the hand), thus also when holding very poor cards (cold bluffing). The profit-maximizing strategy also dictates the players in this poker game to never call the other players’ bluffs. For reputable-status seeking these materialistic strategies are disadvantageous; firstly, being caught cold bluffing damages one’s reputation by revealing deceptive intent, and secondly, not calling the other players’ bluffs signals submission in blindly tolerating deception. Here we show that testosterone administration in this game of bluff poker significantly reduces random bluffing, as well as cold bluffing, while significantly increasing calling. Our data suggest that testosterone in humans primarily motivates for reputable-status seeking, even when this elicits behaviors that are economically disadvantageous.