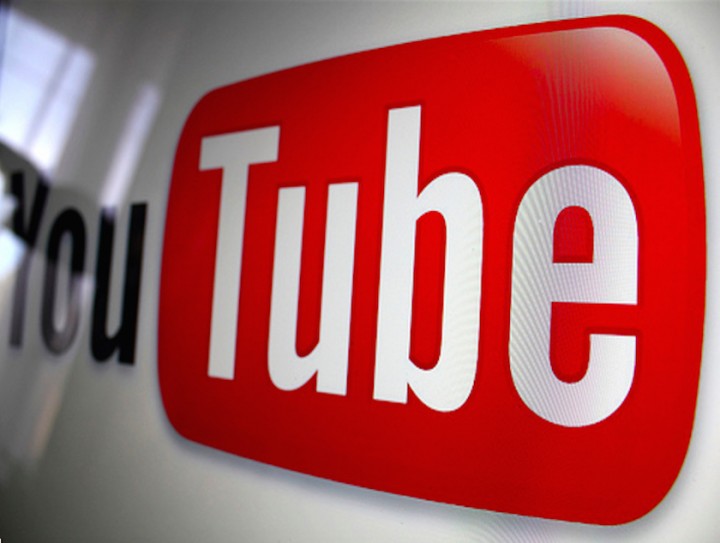 YouTube has officially replaced MTV as the number one place to go when you want to become dumber, more disrespectful, and/or less healthy. MTV was chuck full of absolute nonsense that poisoned the already low functioning minds of young people. Whether it was “reality” shows about people fighting and cheating on one another, Jackass influencing kids to attempt dangerous stunts, or music videos about drugs and adultery, MTV was prime time reverse education. While reality filth has remained on TV and continues to poison the minds of many already slow Americans, the new main source of dangerous acts and false information is YouTube. I’m no expert, but I would be willing to bet that the cancer that is YouTube is equally or more detrimental to the sport of bodybuilding than it is to any other sport or industry. If the current trends continue in regards to bodybuilding and YouTube, this already niche sport is absolutely doomed. YouTube has become a place where all the negative stereotypes that pertain to bodybuilding are not only exemplified and glorified, but also put out to everyone and anyone who wishes to click on the videos. There are many YouTubers in the bodybuilding industry who immediately come to mind in regards to that last statement. I will not name any names in this piece, simply because I do not want any of these clowns to get any more views than they already get, for obvious reasons.

The first guy’s channel should be called “how to be a meathead douche bag”, because every single thing about him is quintessential to being a meathead and/or just a complete douche bag. The guy is in his mid forties, sports arms and delts that unquestionably have implants and/or loads of site enhancement oils in them, is covered from head to toe in tattoos, many of which are an attempt to make his muscles look larger, and he is married to a bleach blonde trophy wife with a horrendously overdone boob job, who is half his age at best. While this may sound like a character from a fiction sitcom who plays a mega douche, it’s not, and it actually gets far worse. This guy openly talks about and glorifies his steroid use, films himself being about as lazy and disrespectful as a person could possibly be on a daily basis, and gives out information so bad that you would swear he is just pulling your leg. Unfortunately, this person is not a fiction sitcom character, and he is not joking around, he is truly that douchey, and he is passing his ways onto millions upon millions of young wannabe bodybuilders. Here is a quick list of all the ridiculous things this guy films himself doing and/or saying. Now, these are things I have seen him do and heard him say with my own eyes and ears and none of it is exaggerated or untrue.

1. He steals plastic silverware from restaurants so that he does not have to buy or wash any silver, despite being a millionaire. 2. He parks in the front of stores, malls, or anywhere else, with complete disregard for everyone else, just do he does not have to find a parking place and walk. He even does this when businesses make it crystal clear that this is not allowed and he just simply pays the tickets instead of taking the extra thirteen seconds it would take him to park like everyone else. 3. He routinely takes over one-thousand milligrams of caffeine preworkout and tells his brain dead following these amounts as he does so. Yes, I said one-thousand milligrams. 4. At least nine out of ten of his meals are either sent to him by mail, or he eats out, eliminating pretty much all cooking or dishes. 5. He claims that he believes carbohydrates are more important for building muscle than proteins are, and even says that he has stopped protein all together in the past and built more muscle doing so. 6. When he takes out the garbage he leaves the cans out by the road because he knows that his neighbors will get sick of looking at them, and they will eventually put the cans away for him, which they do, every time. 7. He has claimed that when he is on a “keto” diet, sugary food are fine, but complex carbs ruin the diet. 8. He routinely Photoshops his already fake arms and delts in the majority of his photos. 9. He films himself and his wife speeding through traffic, often times in cars that are not registered, and normally distracted by a phone and/or food in his lap. 10. He shows up to fast food restaurants every single night exactly when they close and orders a ton of food, forcing the employees to stay later than they normally would have to, despite not having a real job or any real obligations that would prevent him from getting there on time. Enjoy all that spit! 11. Ninety-five percent of his diet consists of egg whites, kids cereal, carb powder, pasta, fatty meats, take out and ice cream, and he refers to this as a bodybuilding diet.

With all these fantastically douchey, potentially harmful acts and statements in mind, I can’t be the only person who sees an issue with millions of young people looking up to this man? I have personal experiences with young men coming into supplement stores and asking for this guy by name, essentially asking if the store sells anything that he makes and/or uses. The scariest part about this is that I have heard the same story from supplement store employees from other countries as well.

There are two other people who are fairly famous YouTubers who I would also qualify as diseases to human society. One who preaches massive steroid use, and another who preaches a vegan diet. I have spoke out against vegan diets since day one. It is a fact that vegan diets are not healthier than diets that include meat. You can disagree all you want, that’s fine, just know that you are wrong. Period. Science proves it, evolution proves it, and most importantly to me, logic proves it. This particular vegan clown loves to bring up how meat eating diets are terrible for the planet. What kind of argument is that? Are you really basing what you put into your body on how it affects the environment? Call me crazy, but I eat for health, to look a certain way, and energy, not to save the planet at the expense of my health.

This guy puts up videos and photos of his physique, which is pretty lean and has a little bit of muscle, but not enough for him to avoid looking skinny, which he does, in an attempt to show how well a vegan diet is working for him. This is particularly hilarious, due to the facts that he is about 20 years old and clearly has decent genetics. Not to mention he has probably only been a vegan for a couple years at best. New flash, a 20 year old guy with decent genetics who works out will look good eating only donuts and hotdogs. I have the same message to him that I do all vegans: Since the diet is driven by dogma as opposed to intelligence or logic, you cannot convince them to stop, so I just tell them to strictly stick to the diet as long as they can and they will inevitably see or feel that it is unhealthy, or they will just get very sick, remain stubborn and stupid, and continue to get sicker. I absolutely, positively, guarantee it.

The last YouTube cancer cell I will touch on is a guy who preaches the use of unbelievably high amounts of steroids. This is another guy who has millions of very young followers who take his advice to heart. This person claims that steroids are the most important thing about bodybuilding, which is funny because he takes more than any person alive and he still sucks at bodybuilding. He does not only say these things, but he shows his audience how to administer all these drugs and everything else in his home made videos. Now, this guy comes off dumb enough so that the vast majority of adults can see that he is simply a clown and not someone to be taken seriously. However, the same cannot be said for young people who have not yet garnered the ability to think. So essentially you have this idiot telling millions of young wannabe bodybuilders that ten grams a week is normal and that drugs are the most important thing in bodybuilding, which leads me to my next major issue with the emergence of these YouTube-famous morons.

The most disturbing thing of all is how other industry insiders respond when asked about these clowns. Nearly all of them just brush it off and do not say much of anything, or even worse, they say that it’s great and they are happy for them. Personally, I feel that if you are an established authority figure who people in the bodybuilding or fitness industry trust and respect, you have a sort of duty to speak out against these idiots on YouTube who are poisoning the minds of bodybuildings future. It is often the case that bodybuilding gave these bodybuilding insiders everything they have and it is their number one passion in life, so how can they just sit idly by and not refute these YouTube stars who are horrendously damaging to the sport, namely its future? It simply does not make sense. How do these YouTubers make bodybuilding and bodybuilders look to the millions of people watching? Good luck making bodybuilding more popular when these clowns are essentially the face of the sport on YouTube.

There was a time when young people got into bodybuilding by watching Arnold or Sly in movies that had a good positive message, as these guys played larger than life characters saving the world, fighting evil, or overcoming seemingly insurmountable odds through sheer determination. Today, young people get into the sport by stumbling upon a video of a YouTuber shooting oil into his chest while he claims drugs are the most important thing in the sport, or a guy full of oil and implants eating junk food and breaking the law. Do the math on how this will affect the future of bodybuilding. These YouTubers are a very bad thing for the industry, no two ways about it. If you happen to be a person who is thought highly of and respected in this industry, be sure to heed these words before you answer another question about these morons. The future of our beloved sport depends on it.