Creatine – Much More than an Effective Sports Supplement 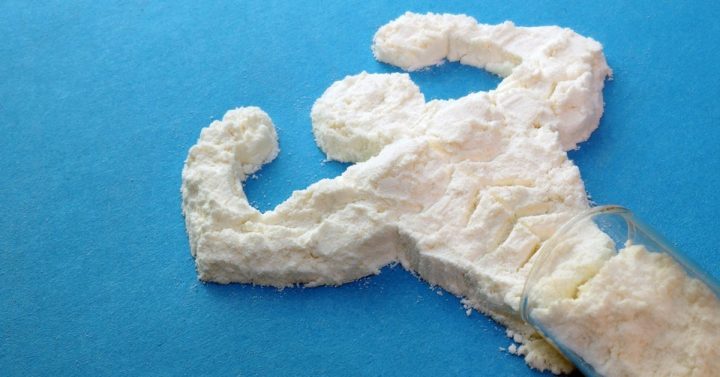 Creatine is no dounbt the best selling and most popular sports nutrition supplement of all time. It first appeared on supplement store shelves in the United States in 1995 when Bill Phillips brought creatine monohydrate to the market under the EAS brand. With over 200 studies to date, creatine is the most heavily researched supplement in the history of sports nutrition. Creatine has proven to enhanced the body’s capacity to perform high intensity work. It enhances muscle volume, leading to increased performance and muscle mass. Creatine also enhances recovery by aiding in post-exercise muscle regeneration. These characteristics make creatine a bodybuilder’s weapon for performance, strength, and muscle mass. This dietary supplement that is widely used to boost performance, could be just as important for improving your health.

It has been found that creatine provides a powerful anabolic boost through its enhancing of systemic methylation (the regulation of gene expression, protein synthesis, and RNA metabolism through enzymatic catalyzation). While methylation results in anabolism (cell growth), it also protects our genes from mutating. Enhanced methylation has been shown to combat the development of many degenerative conditions including cancer, liver disease, stroke, dementia, Alzheimer’s Disease to name a few.

Elevated homocysteine seems to be the culprit behind many of the diseases listed above, and an imbalance in methylation metabolism leads to elevated homocysteine. Creatine has in fact been shown to greatly enhance methylation, leading to lower serum homocysteine levels. This leads many to believe that creatine can greatly improve health and reduce the risk for many diseases.

Researchers Wyss and Schulze looked at the broader health qualities of creatine as they attempted to determine if it had any value in treating neurodegenerative, vascular and muscular disorders. Their findings, published in the Meuroscience, showed creatine to be an extremely important neuroprotectant.

Researcher Caroline Rae, PHD, and colleagues from the University of Sydney examined the impact of creatine on mental function. Forty-five vegetarian young adults recieved either 5 grams of creatine or a placebo powder for six weeks, followed by six weeks of no supplement. The groups were then switched, and the placebo group recieved creatine for six weeks and vice versa. Standard intelligence tests were given throughout the study. The researchers found that creatine supplementation gave a significant boost in brain power. In a memory test that asked participants to recall a string of numbers, people taking creatine recalled an average of 8.5 numbers versus 7 for people not taking the supplement.

As we age there is a natural decline in the production of anabolic (muscle-building) hormones such as testosterone, HGH, and IGF-1. As a result, its common for muscle loss to occur with age. Fast twitch (typeII) muscle fibers, those that respond better to creatine supplementation, are also those sacrificed by sarcopaenia. Supplementing with creatine improves methylation capacity and this in turn increases serum IGF-1 levels. Several studies demonstrated that creatine monohydrate induced IGF-1 expression in muscle cells in human subjects under resting conditions. This proves that creatine can create an anabolic environment in older, less active people, which can slow age-related muscle loss.

Creatine has been shown to the reduce the production of reactive oxidative species. ROS can lead to changes in the electron transfer chain (energy production), increased protein degredation, and an increase in intracellular calcium. This can lead to problems ranging from muscle cell inflammation to death, particularly in people with muscle disorders or myopathies.

Hundreds of studies have been performed involving creatine. Its proven itself time and time again as being an excellent supplement for increasing strength, muscle size, and enhancing recovery. It’s also been proven to be just as effective in preventing disease, increasing brain function, and increasing overall health. You don’t have to be a bodybuilder or athlete to benefit from supplementing with creatine. 2-3 grams should be taken by anyone looking to improve their general health.