Commonly Used Supplement May Help Those Suffering from PTSD 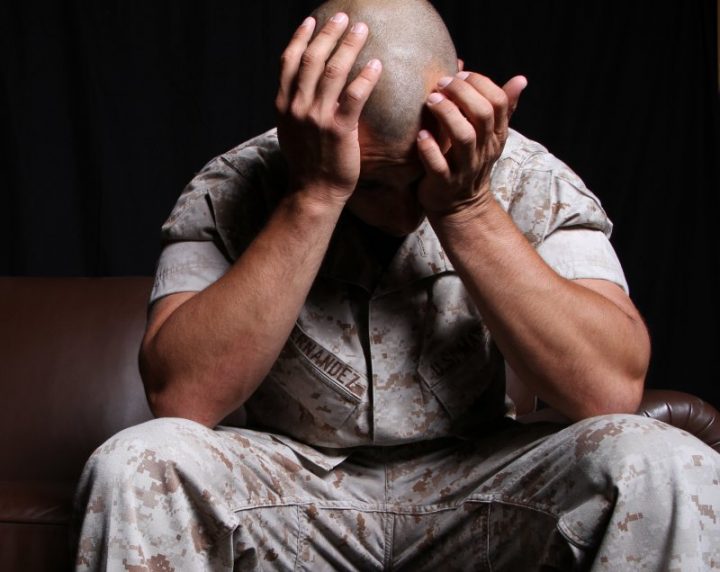 I’d like to start off this article by saying thank you to all of those who have served to protect our freedoms. Those freedoms don’t come without costs and sacrifices and we appreciate all you have done for our country. There’s a huge push to gain traction across the US with a new pushup challenge asking people to do 22 pushups for the 22 veterans who commit suicide daily. 22 deaths are 22 too many. We need to find a way to help these brave men and women find peace when they come home to their families.

Many veterans who come home often times suffer from post-traumatic stress disorder (PTSD). Initially, many thought that there wasn’t such a thing but research has showed it’s indeed real and veterans around the globe are battling this disorder on a daily basis. A new study, however, shows hope that by using a commonly used supplement it can reduce some of the PTSD symptoms.

A recent study from Japan looked at omega-3 supplements and symptoms found common in PTSD sufferers. A common symptom was a rapid heart rate. The researchers mentioned that “the [heart rate]-reducing action of omega-3 PUFAs [polyunsaturated fatty acids] has potential benefits for those at high risk of PTSD, aside from the psychophysiological symptoms themselves, for two reasons: (1) Fast [heart rate] is a risk factor for cardiovascular disease (CVD) and mortality, whereas PTSD is a risk factor for CVD and mortality; and (2) omega-3 PUFAs are effective for other psychiatric disorders (e.g., depression) and are highly comorbid with PTSD.”

This most current research on the topic shouldn’t come as a surprise since in 2010 the army was looking at omega-3 fatty acids to increase performance on the battlefield as well as help negate the side effects of PTSD. That same year another medical group was looking at how omega-3s can help improve brain injuries not only for our troops, but civilians as well. Researchers from 2010 were quoted saying, “The benefits of omega-3 are multi-factorial, and in combat environment—and even in peace time—there are a lot of potential benefits for omega-3. It depends on the dosage, but ultimately you want to measure where the soldiers are in terms of baseline levels now and some of that work is being done. You need to start there, and then what is the omega-3 level you need to get to, and that may determine—if it’s extremely high levels you need to get to—then perhaps supplementation is the best way.”

Then in 2011 the US Army conducted their own study over in Iraq where they believed supplementing with omega-3 could improve the soldier’s mental health as well as improve their resilience to stress—important factors not only during combat but in normal civilian life. In November 2014 the military actually was looking into full blown implementation for the use of omega-3 fatty acids with all their soldiers. They were looking to use the supplement to help speed recovery times, enhance mood, improve reaction times, and reduce the suicide rates they were currently seeing. They were touting the supplement as “nutritional armor”.

For the most current study published in 2016, Japanese researchers gathered 83 Japanese accident survivors. The individuals in the study were either given an omega-3 supplement which provided them with 1,470mg of DHA with 147mg of EPA each day for a total of 12 weeks or they were given a placebo during that same timeframe. The research was conducted as a randomized, placebo-controlled study.

Findings of this study were as hypothesized. What the researchers found was that individuals suffering from PTSD benefited through supplementing with omega-3 fatty acids. While both groups began the study having the same symptoms (heart rates), at the end of the 12 week study it was found that those who were given the omega-3 supplement had a reduction in their initially elevated heart rate. The individuals who were given the placebo showed no changes after the 12 weeks in terms of their heart rate.

With all the research being done and completed, we can only hope that it allows some relief to those suffering from the effects of PTSD. If the use of omega-3 supplements can not only help our troops on the battlefield, but also when they come home, then I hope the US Army puts into action an immediate ruling that all soldiers must take omega-3 fatty acids both during their time in the service as well as when they make it back home.