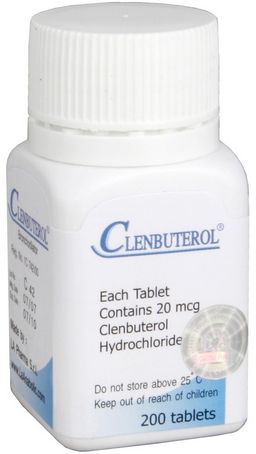 Some would argue that DNP (2,4-Dinitrophenol) is more effective, but I’d counter that it’s effectiveness is mitigated by the sheer impracticality of a drug that will literally kill you if you take too much. Others might argue for thyroid medication being the best, but anyone whose taken both would undoubtedly side with clen. And of course, others would argue that various traditional anabolics are more effective (trenbolone, growth hormone, whatever), but I don’t think that’s really comparing apples to apples. 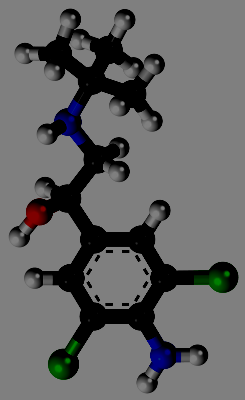 Clenbuterol was developed as a bronchiodilator and decongestant, indicated for use in treating asthma. As a result, a low dose may actually improve endurance (though it varies from individual to individual). It is a selective beta-2 agonist, meaning it will stimulate your beta-2 adrenergic receptors. Beta adrenergic receptors are found distributed throughout the body, in both muscle and fat, and are regulated through various natural hormones (triiodothyronine or T3, thyroxine or T4, testosterone, etc…) and catecholamines (such as norepinephrine and epinephrine).

Clenbuterol will increase your body temperature by causing the mitochondria to produce more heat. As you probably remember from high-school biology class, your mitochondria are the powerhouse of your cells; they metabolize sugar, fat, and other macronutrients into chemical energy in the form of adenosine triphosphate. So when you take clenbuterol, it allows your cells to convert more of what you eat into energy (a direct increase in metabolism and base metabolic rate), and in doing so, the mitochondria release more heat from the chemical reaction. As you may suspect, this increase in metabolism is accompanied by an increase in oxygen consumption.

Clenbuterol will also increase the body’s temperature by a mechanism known as brown adipose thermogenesis, which is triggered by activating brown adipose tissue. Regular (white) fat is the kind that you might see running through a steak. It’s got poor blood flow, which gives it the pale appearance, and it’s primary physiological function is to provide stored energy…we can paint this with other brushes, like saying it affords cushioning for the body, or insulation, but you get the idea. It’s what we are generally talking about when we talk about body fat, and is what we are looking to get rid of when we use clenbuterol. This is the stuff that is somewhat evenly distributed throughout the body, but clusters in the belly region for men and on the thighs and glutes for women.

Unlike white adipose tissue, the brown type is not distributed throughout the body, but is found highly concentrated in the supraclavicular and neck region with smaller amounts found in the paravertebral, mediastinal, para-aortic, and suprarenal areas. 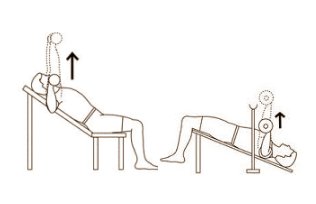 Brown adipose tissue gets its color from being dense with iron and thermogenin rich mitochondria, which give it the brown appearance. As the name suggests, thermogenin is thermogenic: it creates heat. The heat it generates can boost fat oxidation and caloric expenditure. Clenbuterol activates brown adipose tissue and causes it to produce heat, which in turn will elevate the user’s body temperature and literally melt fat off. It’s highly probable that clen burns fat so well because of its effect on the mitochondria, whether in brown adipose or skeletal muscle, as well as other mechanisms… but regardless of where the mitochondria is located, this effect will always be endothermic (heat-releasing).

Because clenbuterol raises body temperature rapidly and predictably, many people have used this physiological reaction to find their ideal dose. This requires testing BBT (*basal body temperature) each morning for a week, and determining an average. Then, a starting dose is determined and ingested (anywhere between 20-60mcg), body temperature checked each morning, and the dose increased (usually by 20mcg/day) until it stalls out and no longer shows a daily increase – whatever minimum dose is found to cause the maximal increase.

At this dose, fat loss will be optimal, rapid, and highly noticeable. Unfortunately, your body temperature tops out after a few days, and the thermometer doesn’t budge…which means…

“The body is trying to compensate…clenbuterol is good but it only lasts 2-3 weeks at a time unless you jack up the dosage sky-high.”
“The problem is that it works 2 weeks and that’s it. If you cycle it two weeks on and then three weeks off then … yeah it could work well.”
~Dan Duchaine

I’m a bit more generous with my assessment of Clen’s effective lifespan…I’d say it’s closer to 3-6 weeks. It doesn’t completely stop working, but most people feel that way when the dramatic fat loss starts slowing down to a crawl. This is due to rapid downregulation of the beta-receptors.

At that point, there are a few options…

The first (and most obvious) option is simply use clenbuterol until it stops working, then stop taking it. The next (also obvious) option is to jack the dose up. This isn’t always desirable, because lots of people can get jittery on clen, or find that their blood pressure gets too high. Side effects from using too much clen can include tachycardia, widened pulse pressure, tachypnea, hypokalemia, hyperglycemia, elevated troponin, elevated creatine phosphokinase (CPK), palpitations, chest pain, and tremors. And if you jack the dose up too high, you can forget about it improving your endurance because even though it is a bronchial dilator, it can elevate heart rate to where that becomes a limiting factor during aerobic-based training and competing (although many find that it does nothing positive for their endurance, regardless of dose).

Don’t use too much clen.

Between the extremes of using clen for two weeks per year, and continually escalating dosages, are a variety of cycling strategies:

The Duchaine method is easily the most effective, but he notes that many professional bodybuilders will simply use it year-round:

“…many of these top pros use clen all year round unless they run out of it. And they are using 10-15 tablets a day. The problem is that it works 2 weeks and that’s it…It’s so nice to eat so much sh*t on clen that people just don’t get off it.”
~Dan Duchaine

So obviously, if people are using it “unless they run out…” there is still some perceived metabolic effect even after the initial hurricane of fat loss is over. Some of this might be a general percentage that the metabolism remains increased, or potentially even the anabolic/anti-catabolic effect of it. Most bodybuilders will use it for their last 12 weeks leading up to a contest, non-stop, and feel that it provides some benefit for the entire time (albeit less at the end). Interestingly, some rodent data exists that would suggest clenbuterol is more efficient on a calorie-restricted diet.

The anabolic effect of clenbuterol isn’t like anabolic steroids, by any stretch of the imagination. It’s noticeable, and with the fat loss that it provides, some amazing physique transformations are possible. Here, we’re talking about a few pounds of muscle gained, at most – but when you combine that with significant fat loss, the results can be fairly spectacular.

It’s unknown exactly how clen builds muscle. There is some evidence that it does so through an increase in the anabolic hormone IGF-1, but the solid data for that potential mechanism exists only in rodent studies at the moment. Still, rodent data is better than no data…and while there remains only limited data proving clenbuterol’s anabolic properties in humans, there was literally none a decade ago (well, except for the mountain of n=1 success stories told by thousands of bodybuilders). In all honesty, most of the promising research on clenbuterol has been done in animals, and much of it hasn’t yet been attempted/replicated in humans.

It’s also likely that clenbuterol’s effect on the mitochondria, which allows for more conversion of foodstuffs into ATP, would also be a contributing factor to anabolism. It seems to work through multiple pathways, expressed through several myotropic genes, and various structural proteins. However it works to build muscle, it does. And it burns fat better than anything I’ve seen.

Although clenbuterol isn’t approved by the FDA for use in The United States (the 36 hour half-life is too long for them), it’s widely available throughout Mexico and overseas. It’s also available online in research chemical form, and I suspect this is exactly how most users will opt to purchase it.