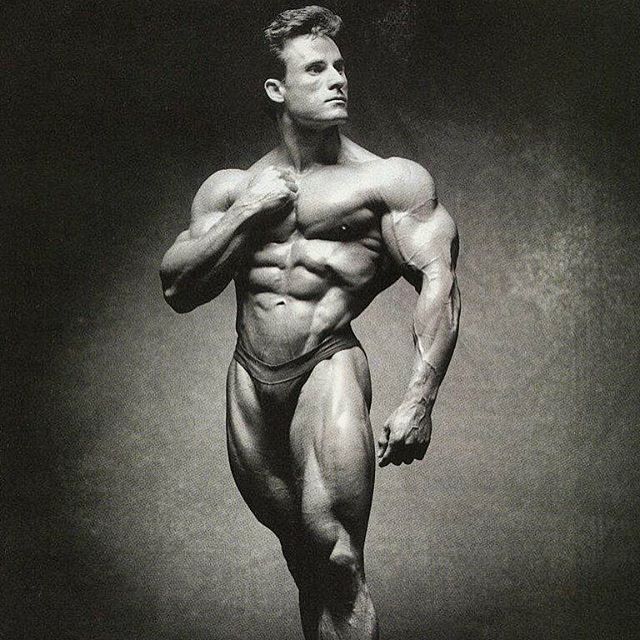 With the emergence of several new divisions in the IFBB and NPC over the last decade, it has become clear that these changes, for better or for worse, have a monumental effect on our industry as a whole. The 202, now 212 division, bikini division, men’s physique division and women’s physique division, have all left a sizable mark on our industry, each in different ways. These marks have been mostly positive, with select exceptions. Now the question becomes, based on what we have witnessed in regards to new divisions over the last ten years, what kind of effect will the new men’s classic physique division have on our industry and how exciting will it be to watch?

The idea to split men’s open bodybuilding into two separate weight classes was met with little opposition, and for good reason. This division, probably more than any other, is pure gold. The 212 class has created new super stars, new champions, more excitement, and most important of all, more opportunities for professional bodybuilders to actually make a living being bodybuilders. What’s not to like? Men’s physique on the other hand, was met with much criticism, especially from the hardcore bodybuilding purists, and it is very easy to imagine why. That said, the division has been a huge success, for the most part. The only real negative effect the division may be having on our sport is that fact that many super talented guys who could become champion bodybuilders, are instead taking the easier route and becoming men’s physique competitors. In a sport as niche as bodybuilding, the last thing we needed was another reason for young talent to choose against becoming a bodybuilder.

One of the largest divisions in our sport right now is the bikini division. If any of these new divisions are worthy of being eliminated from our industry, this is the one. The issues I have with this division are virtually endless, so I will refrain from listing them all. That said, I will bring up a few. First off, the division is just downright sleazy. From the suits, or lack thereof, that are worn, to the way the girls walk onstage, to the legs-spread-open-from-behind “pose”, the division would fit better on a porn website than it does on a professional physique stage. The other main issues I have are the lack of hard training and dieting the division requires, and the amount of artificial “flesh” that is used. I realize these girls eat right and train, but in comparison to all other divisions, well.. there is just no comparison. In bodybuilding, everyone gets all bent out of shape over site injections and synthol use, but in the bikini division, nobody seems to care about the ass injections, excessively fake breasts, shot up lips and jimmied-up cheeks. Half of the girls on stage resemble the bride of Chucky doll from the neck up. Sometimes you wonder if maybe they stole one of Kai Greene’s masks backstage, while he was too busy lying on the floor moaning, in the most dramatic fashion possible. But I regress, the division does bring more people to the industry, whether or not it resembles a bad, awkward joke.

Now we come to the new classic physique division. Nothing could be as bad as bikini, but this new class might give bikini a serious run on the unfortunate-division scale. Right off the bat, why is it classic physique, and not classic bodybuilding? Someone please explain to me how a “classic physique” division will be any different from a “men’s physique” division. The men’s physique competitors already have extremely classical looks, nobody would argue that, so what is the difference, besides what is covering their man parts while onstage? What we all really wanted was a classic bodybuilding division. However, the more I think about it, a classic bodybuilding division, the way that we envision it to be, would probably be just as bad.

Analogies are far and away my favorite tactic for explaining my points. For that reason, I will use one here in regards to how I feel about this division. However, before I do that, I must ask an important question. Which bodybuilders throughout history had or have the most classical physiques? Guys like Shawn Ray, Arnold Schwarzenegger, Flex Wheeler early in his career, Lee Haney, Lee Labrada, etc., correct? With this in mind, my analogy is that this classic division is like making a classic basketball division in the NBA for players who resemble the skills of Magic Johnson, Larry Bird, David Robinson, Karl Malone, and Michael Jordan. There is a very obvious issue here. Guys like Lee Haney and Lee Labrada would do very well in the open class and 212 class respectively, in today’s ranks. If a modern bodybuilder had that look, why would they do a lesser class when they could be one of the best competitors in the open or 212? The whole idea of having a division of guys that look like Frank Zane or Shawn Ray is absolutely silly, as if there are a bunch of guys with that kind of physique running around looking for a place to compete. Dream on.

One of the main aspects of this division are the weight limits, which are determined by each competitor’s height. This is another factor that works on paper, but not so much in reality. First and foremost, none of the aforementioned classic bodybuilders would fit into the weight limit, with the possible exception of Frank Zane. Good luck finding one Zane-like physique to compete in this class, let alone a double digit number of them. Frank is a one in a billion example of a guy who was able to look like a fantastic bodybuilder at a body weight of only 195 pounds or so. People have this delusional idea that there are a bunch of super classical bodybuilders out there with 20 inch arms and 29 inch waists, who have nowhere to compete. Right. Just like there are bunch of John Stockton-esk point guards with nowhere to play hoops. What does this all mean? It means that the classic physique division will gravely disappoint us bodybuilding fans. It’s fan base, just like men’s physique and bikini, will be exclusively friends and family members of the competitors. In other words, there will be no true fans. The competitors are going to look like men’s physique competitors who are attempting to display themselves the way that Frank and Shawn did, and failing miserably. No different than a group of sub par basketball players attempting to emulate the playing style of Magic and Kareem.

The colossally obvious remedy for this predicament, is to simply change the standards in the open class so that the competitors are forced to resemble more “classic” physiques, instead of making a whole new division. How hard would it be to reward the physiques of guys like Cedric McMillan and Shawn Rhoden, to send a clear message about what is expected of professional bodybuilders? This would clearly be a better option than creating a whole new division, in regards to the future of bodybuilding. That said, we all know that the future of bodybuilding is never the motivating factor in such decisions, and the motivating factor has never, and probably will never change. This factor being one of the most powerful and destructive incentives on earth, money.