Childhood Obesity is a Growing Issue 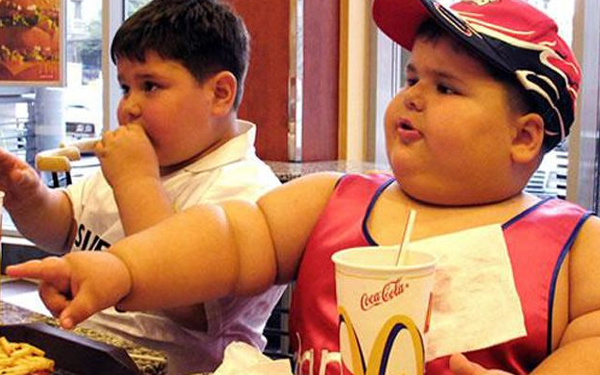 I really must say that things seriously need to change in our society or the children of the future will be doomed. Look at kids from years ago and then look at kids today. Notice a difference? I think it is pretty obvious. The youth of today is overweight compared to in the past. The real question is, whom do we blame? Do we blame the parents who feed the kids, or do we blame the kids for not being active and sitting in front of the television with a handful of potato chips? Maybe we blame both? This article will hopefully shed some light on childhood obesity and help point parents and children in the right direction to keep our youth young and healthy.

Let’s start off by determining who exactly fits the “child” standard. Children are considered anyone from the age of 6-11. Adolescents are considered anyone from the age of 12-17. Let’s also breakdown some terms that we will be using to give you a better idea of the differences between terms such as obesity and overweight. Obesity is simply having too much body fat whereas overweight is simply weighing too much.

• 300,000 deaths each year in the United States are associated with obesity (both children and adults combined)
• Overweight adolescents have a 70% chance of becoming overweight or obese adults
• Overweight and obesity are associated with heart disease, certain types of cancer, type 2 diabetes, stroke, arthritis, breathing problems, and psychological disorders, such as depression
• The economic cost of obesity in the United States was about $117 billion in 2000
• An estimated 22 million of the world’s children under 5 are overweight or obese
• In 2002, data showed that 15% of children and teens are considered overweight, a tripling since 1980. An additional 15% of kids and teens are considered “at risk” for becoming overweight
• 43% of adolescents watch more than 2 hours of television each day
• More than a third of young people in grades 9-12 do not regularly engage in vigorous-intensity physical activity. Daily participation in high school physical education classes dropped from 42% in 1991 to 32% in 2001 (CDC, 2002)
• Over the years, state requirements for daily physical education have eroded, and today no states currently have such a requirement (HEALTHY PEOPLE, 1995)…just 47% of middle/junior high schools and 26% of high schools require at least 3 years of physical education (Pate, Small et al., 1995)
• More than 75% of children ages 6-11 do not eat the minimum of 3 servings of vegetables or 2 servings of fruit daily

As the statistics above show, this is an issue that keeps getting worse and worse. Unless something drastically takes place or happens, the future of our children are at risk. Children will begin at a much earlier age developing illnesses and cancers if something is not done to prevent this huge issue. Due to modern medicine, people these days are living longer than in the past—however, with childhood obesity on the rise I have a feeling the average life expectancy will go down some within the next couple of years.

Wondering what is normal for your kids? The CDC (Centers for Disease Control) has a growth chart that can be viewed by clicking the link below:
http://www.cdc.gov/growthcharts/

What could be causing childhood obesity?

There are actually a number of things that could be causing childhood obesity. Everyone has their opinion as to why kids these days are larger than in the years past, but there is actually some research behind all of this. Below you will find some common causes of childhood obesity from the American Obesity Association:

• Physical Activity – Lack of regular exercise.
• Sedentary behavior – High frequency of television viewing, computer usage, and similar behavior that takes up time that can be used for physical activity.
• Socioeconomic Status – Low family incomes and non-working parents.
• Eating Habits – Over-consumption of high-calorie foods. Some eating patterns that have been associated with this behavior are eating when not hungry, eating while watching TV or doing homework.
• Environment – Some factors are over-exposure to advertising of foods that promote high-calorie foods and lack of recreational facilities.

Non-changeable causes include:
• Genetics – Greater risk of obesity has been found in children of obese and overweight parents.

What could be done to prevent these rates from rising even more?

As parents, it is important to teach our children healthy behaviors at a young age. A combination of nutrition and exercise are necessary to help prevent childhood obesity. Kids should strive for 60 minutes of exercise (running around outside playing). Other than parents/families, schools need to make a better effort in educating our kids about exercise and nutrition.

Parents need to be positive role models for their children. With schools leaning more towards general education, they seem to be pushing gym classes to the side and some are even eliminating them all together. Kids need to get outside during recess and gym classes not only to help them mentally, but to also allow them to get rid of some excess energy that they built up during the school day. As we all know, kids don’t have the greatest attention span. So giving them a break throughout the day to run around and get some exercise will do nothing but good for them.

What are parents saying?

• When parents look back on their own childhood, 27% of them said they ate healthier than their kids do now
• If the whole family is eating a healthy diet, your child will be more likely to adhere to the change
• 24% of parents said their children are less physically active than they were when they were a kid
• 78% of parents in the United States believe that recess and gym classes should not be reduced or eliminated in schools
• 35% of parents rated their children’s school programs for teaching good patterns of eating and physical activity to prevent obesity as poor and/or non-existent
• Parents find it much easier to get their children to start regular physical exercise when the whole family does it together as a unit
• Parents should encourage their children to participate in structured athletics that they would enjoy (either a school team or a recreational league)
• Start early by limiting the amount of television your child watches each day

What do schools need to be doing to make sure our children’s health is a priority?

Kids spend a good part of their day in school, so it only makes sense that they need to point kids in the right direction to making better healthier choices in their lives. According to the Centers for Disease Control and Prevention, 51% of kids eat less than one serving of fruit a day, and 29% eat less than one serving of vegetables a day—clearly showing that kids are not meeting the recommended daily servings for fruits and vegetables. The USDA also stated that kids drink 16% less milk now than they did back in the 1970’s. They found that carbonated soft drinks were taking the place of milk, replacing the 16% loss from milk.

The program below was taken directly from the USDA:

A coalition of five medical associations and the USDA proposed a “Prescription for Change: Ten Keys to Promote Healthy Eating in Schools” to be used for guidance in school nutrition programs. Their prescription is:

1. Students, parents, food service staff, educators and community leaders will be involved in assessing the school’s eating environment, developing a shared vision and an action plan to achieve it.
2. Adequate funds will be provided by local, state and federal sources to ensure that the total school environment supports the development of healthy eating patterns.
3. Behavior-focused nutrition education will be integrated into the curriculum from pre-K through grade 12. Staff who provide nutrition education will have appropriate training.
4. School meals will meet the USDA nutrition standards as well as provide sufficient choices, including new foods and foods prepared in new ways, to meet the taste preferences of diverse student populations.
5. All students will have designated lunch periods of sufficient length to enjoy eating healthy foods with friends. These lunch periods will be scheduled as near the middle of the school day as possible.
6. Schools will provide enough serving areas to ensure student access to school meals with a minimum of wait time.
7. Space that is adequate to accommodate all students and pleasant surroundings that reflect the value of the social aspects of eating will be provided.
8. Students, teachers and community volunteers who practice healthy eating will be encouraged to serve as role models in the school dining areas.
9. If foods are sold in addition to National School Lunch Program meals, they will be from the five major food groups of the Food Guide Pyramid. This practice will foster healthy eating patterns.
10. Decisions regarding the sale of foods in addition to the National School Lunch Program meals will be based on nutrition goals, not on profit making.

As you can see, this isn’t an individual effort—it has to be a group effort between parents and schools. The fate of our youth is in all of our hands and we can either decide to do something about it or wait until it is too late. The choice is yours—I just hope you make the right choice and help our youth grow to live long and in good health.