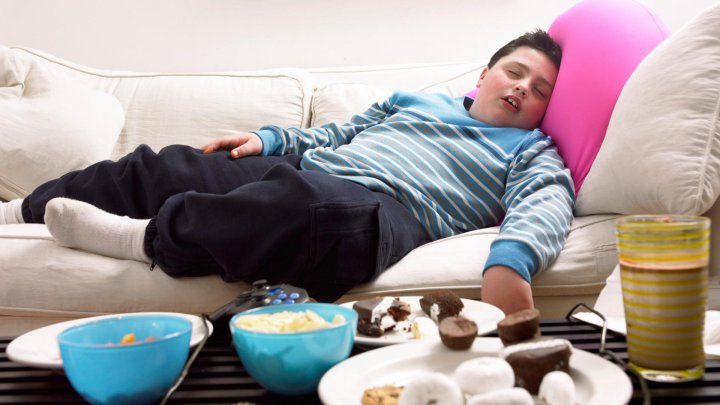 If you follow my work, you know that I’m a huge advocate for getting kids active and learning how to make healthy decisions with their life. This instills healthy habits early in life which can carry over into adulthood. It’s much easier to form healthy habits early in a child’s life than it is to break bad habits formed by years of poor choices.

What if there was one little secret that could help ensure your kids don’t pack on the pounds as they age? While it may not be proven to be 100% certain, the research findings are still astounding!

A government-funded study looking at 977 kids was recently released in The Journal of Pediatrics that showed a correlation between how much sleep preschoolers get a night and how many of them developed obesity as a teenager. The study which was called the “Study of Early Child Care and Youth Development “showed that by putting preschoolers to bed by 8pm it cut the risk of teenage obesity in those same children by 50% when compared to putting preschoolers to bed after 9pm.

This study was started in 1991 and followed the 977 kids from birth through their teenage years collecting data such as: height, weight, and their mother’s educational interaction with the child as viewed by video footage.

This is a very interesting study as there really haven’t been any studies that looked at the correlation between bed time and obesity rates in children. We all are aware of the rise in overweight and obesity rates in children these days, so this study is a step in the right direction in hopefully reversing the trend and getting our youth down to a safe and healthy weight.

The director of the Pediatric Insomnia Program at the University of Chicago Medicine mentioned the one thing that parents definitely have control over is when their children go to bed. Kids that don’t get enough sleep at night can become fussy the following day which could cause them to be inactive due to lethargy. The scientists also mentioned that they understand there may be nights where a child has a difficult time falling asleep or wanting to go to bed. Or quite possibly a family could be out of the house for whatever reason and the child isn’t able to make it into bed until later on that particular night.

There are still many questions to ask and researchers need to investigate if there’s a certain number of 8pm nights necessary each week to yield the health benefits down the road, since it might not be possible to get them in bed early each night.

Researchers also want to make sure people understand one thing: while there seems to be a correlation between what time a child goes to bed and the likelihood of them becoming obese in their teens, it is not guaranteed that it will happen. More research will surely be done in the future to further explain why there may be a correlation between these two factors.