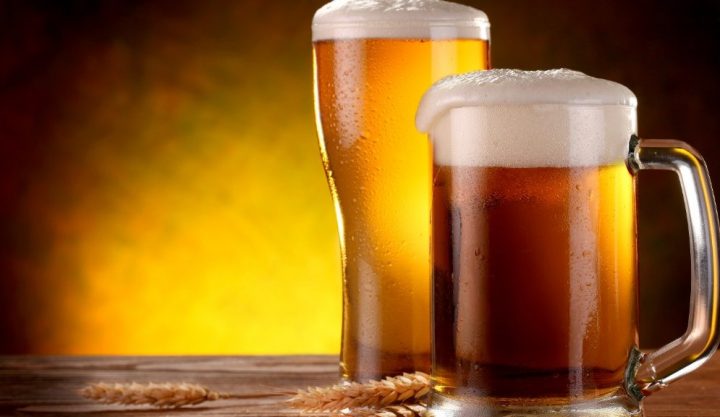 Beer is about as American these days as apple pie and baseball. Gatherings and parties all over seem to have cans and/or bottles being held in their guests’ hands. Yet have you ever wondered why you look at nutrition panels on food and beverages to help you stay lean just to find adult beverages not having to play by the same rules? Well, you aren’t alone. The government/FDA has different regulations for food and spirits—but that soon might change. Some might be saying, “you shouldn’t be drinking alcohol anyway if you’re looking to get in better shape”. And you’re right. But there are plenty of people who work on bettering themselves daily, yet like to have a beverage every now and again. Look at Arnold Schwarzenegger… He was famously quoted for saying “milk is for babies, when you grow up you have to drink beer.” When you think about it, alcohol has been giving scrawny guys beer muscles for years! Which generally turns out disastrous most of the time for many of them who seem to gain some liquid courage.

The outcry for transparency in the food and beverage market has now come full circle and every packaged product you pick up at the grocery store has a nutrition label on it. This label gives us all a sense of how good (or bad) the product is. While many people still don’t understand what they should be looking for, consumers today are as intelligent as they have ever been when it comes to looking at labels and finding healthier choices. Now whether or not they choose to pick up or put down a product based on their findings is their own decision. There are many people who know the difference between a healthy choice and an unhealthy choice and decide to purchase and consume the unhealthy choice anyway—and that’s their prerogative. But when it comes to alcohol, we have literally been left in the dark when it comes to nutritional transparency and accountability.

Sure, we are all human and like to live a little. While we might not be cracking open a few bottles or cans of beer each night, it’s nice to gather among friends on a weekend, crack a few cold ones and enjoy ourselves. Some people go a little over the top and come Monday jump on the scale and wonder what the heck happened. Beer and alcohol are simply empty calories when you think about it. And more specifically, calories you never get to know the count of unless you do your own investigating—thanks Google. These liquid calories add up fast if you aren’t paying attention. Would people be more likely to stop drinking if they knew how many calories they consumed? After realizing they just consumed over 600 calories in under an hour with plenty of daylight or moonlight left to have some fun with friends, would they slow down or stop? But again, they would have to pay attention to the label on the bottle. Maybe it would make them more conscious? Maybe they simply wouldn’t care even if they saw the calorie content? Who knows?

Either way, the Beer Institute which is made up of some of the largest beer brands in the United States (such as MillerCoors, Heineken, Anheuser-Busch) is looking to add transparency to their products—more specifically, include nutrition labels on their beer. They are looking to share how many calories are in each beer (can or bottle), the carbohydrate count, the alcohol by volume (ABV), along with other information directly on the product so you don’t need to hit up the internet to find out what’s in your favorite beer. Consumers will also be able to check out the ingredient list as well which will either be located on box/carton, or by QR code on the actual bottle. This transparency will not be enforced immediately, rather, over the course of a 3-year period is when we should all see the changes made to the labels and packaging.

While you would imagine being transparent about their products (beer) would be detrimental to their business, many are commending these companies for their actions. Already six leading beer companies have agreed to adhere to the standards that are being pushed by the Beer Institute. These six companies make up around 80% of all beer sold here in the United States.

Some brands have made public statements that they are looking to comply with the changes but are unsure exactly where they will disclose such information. Many believe those who don’t want to truly comply will simply put a statement on their packaging or cans/bottles that says if the consumer wants to learn about the ingredients and nutritional profile to visit their website. Unfortunately, many do not believe consumers will take the time to look up the information as compared to having it on the can/bottle itself.

In my opinion while that is helpful, no one at a party is going to pull out their smartphone, head to the website, and figure out exactly what they are drinking. It’s just not going to happen. They are at the party or gathering to have fun and enjoy themselves. If the information was available right on the can/bottle that would make life easier and extremely transparent. However, we also have to see things from the company’s standpoint where that could indeed hurt their sales if someone calculates how many calories they consumed and stopped drinking at that point rather than continuing to enjoy their beverages. While putting the information on a brands website is a step in the right direction, eventually that information needs to be transferred to the label on the product itself.

With so many beer options available today, it’s difficult to keep up with what might be the “healthiest” option. I use that term loosely. With different seasonal beers as well as the staples that have been around forever, not many people really know what they are drinking and how many calories are in one serving. And let’s face it, most people don’t drink just one beer at a party, event, or gathering. Calories vary greatly across the beer market with light beer, dark beer, flavored beer, craft beer, sour beer, etc. For instance, some stouts and IPAs can have upwards of triple the amount of calories when compared to a light beer. Those numbers can really add up if you aren’t paying attention to your consumption. And craft beer, they can have even more calories per serving than the stouts and IPAs. Generally, the higher alcohol content per beer, the higher the calorie and carbohydrate count is as well.

With the push for transparency, many more are hoping the wine and spirits market follows suit and publishes their nutritional information and ingredients on the product or packaging. More and more consumers are wanting to know what they are eating or drinking. Even if they know over consumption has negative effects and that the liquid calories they are drinking are adding up quickly, they still want to know exactly what they are putting in their bodies.