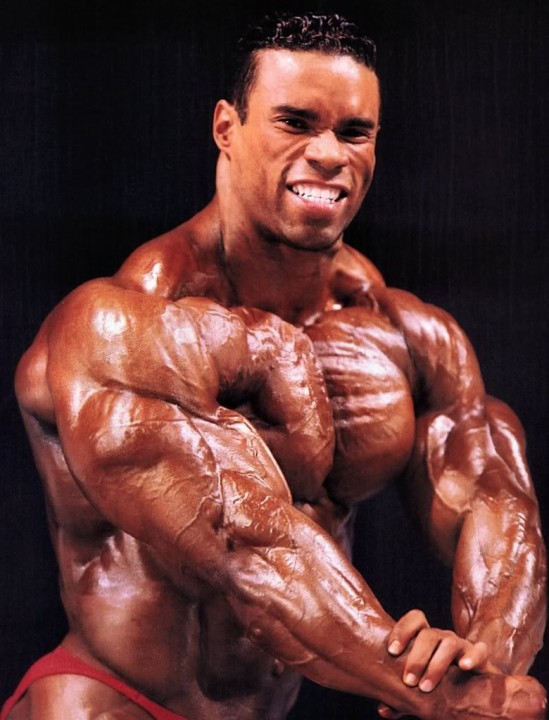 With Kevin Levrones groundbreaking comeback right around the corner, I thought it would be appropriate to take a look at how several of the other famous bodybuilding comebacks have played out. None of them are quite as attention grabbing as Kevin’s return to the Mr. Olympia stage at 52 years old, after not competing at all for thirteen years. However, they may still allow us to better understand just how Kevin’s comeback might play out. There have certainly been far more comebacks than the ones that will be listed here, however, only the comebacks of top bodybuilders will suffice for drawing a comparison to the great Kevin Levrone. “Top” is an understatement when you consider that in chronological order, this comeback list begins with Arnold Schwarzenegger and ends with Jay Cutler.

The story of Arnold Schwarzenegger’s comeback has become legendary in bodybuilding circles. It’s hard to imagine how exciting this announcement must have been for the unknowing fans who were lucky enough to be at that show. It was 1980 and Arnold had not competed in five years. Arnold’s excuse for coming to town that day was to help commentate that years show. Essentially no fans or competitors knew about the comeback before Arnold made the announcement, just hours before the judging. Arnold had been training for his role in Conan The Barbarian and had successfully brought his upper body back to about 90% of his all time best. While Arnold did end up winning his seventh Olympia title that day, his legs were fairly weak and in reality, he was nowhere close to his best. This Olympia win is considered one of the most controversial decisions in the contest’s history. However, the controversy over this show is not like the controversy surrounding most other questionable calls in bodybuilding. For example, when Jay Cutler snuck by Victor Martinez at the 2007 Olympia, the most common complaint was “Victor beat Jay”. When it comes to Arnold winning the 1980 Olympia, the main complaint is “Arnold should not have won that show”, and it is very rare that anyone actually argues for a different competitor winning. In fact, most people do not even remember who placed second that year. I believe that the reason for this is that Arnold was in fact the best bodybuilder on stage that day, but at the same time he was far enough from his best for people to feel disappointed, which lead to them saying he shouldn’t have won, as opposed to naming the athlete who deserved to win.

Lou Ferrignos comeback was without any question the most anticipated comeback of all time. Kevin’s comeback is nearly as exciting, but you just can’t beat the comeback of the 6’5” 320 pound incredible hulk. Lou had spent nearly two decades away from competitive bodybuilding, in which time he became a world famous actor. While Lou was in the process of making this comeback, eyewitnesses tell of a physique so huge and shredded you could not believe your eyes. Industry experts who saw Lou leading up to the 1992 Olympia claim that he was hands down the largest bodybuilder they had ever seen. While Lou did not place very well at the show (12th), he did look very impressive and represented himself well. Lou would make a second comeback of sorts a couple years later in 1994, to compete in the masters Olympia, where he was defeated by the ageless wonder Robbie Robinson.

Paul Dillets 2006 comeback draws a decent comparison to Kevin’s, in that both of these guys are known for ultra elite genetics. These once in a lifetime genetics are largely to blame for how optimistic the fans were about Paul’s return, and how optimistic they currently are about Kevin’s return. That is where the similarities end however. Paul was ten years younger than Kevin for his comeback, he had only been away from the stage for three years and while Kevin went out on top before his comeback, at Paul’s last show before coming back he placed 14th. Paul showed up looking like a shell of his former self. A shell that was completely out of shape at that. Paul still had an impressive amount of muscle, namely on his upper body, but his skin was loose, and his legs were very clearly down from his best. His physique appeared much older than it actually was. Paul went on to become a successful business man, but as far as his return to the stage is concerned, it was just another completely botched comeback.

Samir Bannouts comeback was oddly similar to Kevin’s. Samir was pretty close to the same age as Kevin and he had been off the stage for fifteen long years, only two years longer than Kevin has been. If Kevin’s comeback is anything like Samirs, we are all going to be gravely disappointed. Samir came back at the 2011 Masters Mr. Olympia contest and placed a disappointing 11th. Just like in the case of Paul Dillet, Samir was a shell of his former self. His color was off, he was not in shape, and his legs were down significantly. In Samirs defense, his upper body was still surprisingly muscular, and had he actually gotten into condition, he wouldn’t have looked half bad. Virtually the same story we watched unfold with Paul. The big difference being that Samir was at least ten years older than Paul at the time of his comeback.

Lee Priest may have had the greatest comeback in bodybuilding history, with the possible exception of Arnold’s of course. Unfortunately, Lee has become taboo with the main bodybuilding organization, so he rarely gets the credit he deserves for his comeback. Not only was Lee away from the stage for seven years, but he also suffered a torn bicep while he was out. Despite all this, Lee made his comeback at forty years old at the 2013 NABBA Mr. Universe contest and decimated the competition by displaying a physique that was very close to his best ever. Now, people love to say that Lee only won because the contest was not an IFBB show, which meant that the competition was not top notch. While this may be true, Lee destroyed the lineup, it was clear that his condition may have been the best it’s ever been, and his muscularity was at least ninety percent of his best. Had Lee competed in the IFBB 212 Showdown that year with this physique, he would have most definitely placed top six. Lee would have been far better than Kevin English, who was placed third that year on one of the greatest gifts in IFBB history, that’s for sure. Lee was not as lean as Eduardo Correa, who placed fifth, but his arms and legs would have made Eduardo’s look like toothpicks. Sami Al Haddad, who placed sixth, would have looked downright skinny standing next to Lee. I believe that with real, logical, non-political judging, Lee would have placed third or forth at the 2013 IFBB 212 Showdown, and I also believe that pretty much anybody else who knows bodybuilding would agree with me. So to recap, seven years away from the stage, forced to get surgery on a torn bicep while he was out, comes back at forty years old and manages to put together a physique that could very well be considered the third best physique on earth under 212 pounds. Not Bad.

The most recent big time comeback in bodybuilding was Jay Cutler’s return to the Olympia stage in 2013 after two years off. This comeback was not only the most recent, but also the most lame. Jay supposedly only trained and ate seriously for a little over ten weeks before the show, which was obviously a recipe for disaster. Jay documented much of this comeback with videos online, which was quite entertaining. However, as soon as Jay stepped out onstage, this excitement instantly turned into disappointment. Jay was shredded, no doubt. Unfortunately, he was also smaller than he had ever been in his entire professional career. I would be surprised if Jay weighed one pound over 245 for that show, after years of dominating the Olympia weighing anywhere from 255 to 270. Not only was he smaller, but his physique also looked unsymmetrical and weathered. Jay eventually placed sixth, which was pretty much a joke. I understand that you have to give the man his respect, but he was not even in the same physique galaxy as Roelly Winklaar or Big Ramy that year, the two guys who placed behind him.

Seeing all of these comeback stories in once place really puts the enormity of what Kevin is trying to accomplish in perspective. Of these six comebacks, only two of them ended happily, and both of these successful comebacks were accomplished by men who were ten to fifteen years younger than Kevin will be at the 2016 Mr. Olympia. One thing is for certain, no matter how good or bad Kevin does at the Olympia this year, the story will go down into the annals of bodybuilding history and remain there until the end of time.