by Geoff Roberts The 2016 New York Pro was downright disturbing to me, especially as a diehard bodybuilding fan. The most exciting part of the 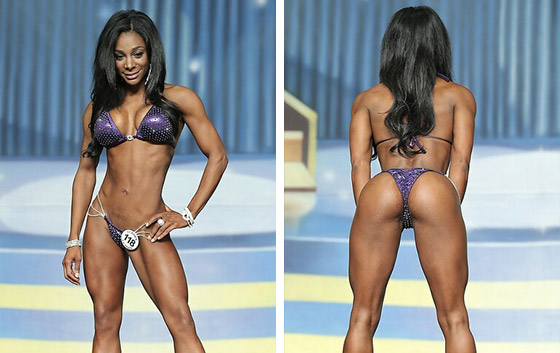 The 2016 New York Pro was downright disturbing to me, especially as a diehard bodybuilding fan. The most exciting part of the entire show was literally eliminated in order to make more time for divisions that nobody cares about, and many of the competitors looked like Mr. Potato head attempting to get jacked by injecting oil into himself with a turkey baster. I hate to be the bearer of bad news, but if this keeps up, bodybuilding is done for. There is no way bodybuilding can sustain itself when our top guys have lumps and bumps all over them, destroying any beauty their physique may have had, and are being rushed off the stage to make time for bikini girls and 180 pound guys in board shorts. The most destructive factor of all is the simple fact that nobody will speak out against such things. All of our industry insiders and legends of the sport refuse to say even one bad word about the shows. It’s actually quite disgusting. They just allow for the sport that made everything in their lives possible to be destroyed, so that they can avoid rustling a few feathers.

I understand that this is a business, and allowing 2.7 billion bikini girls and men’s physique guys to compete at the shows means 2.7 billion entry fees. That’s all fine and dandy. The problem is the fact that they are pressed into the same shows and onto the same stages as the bodybuilding divisions. The only thing that these divisions add to the show are entry fees and friends and family ticket sales. Both of these things would still be there no matter where or when the shows are, they do not have to be at the same shows as the bodybuilders. Although, it really isn’t about the money, it’s about simple logic. Bodybuilding fans are not bikini and men’s physique fans. In fact, there is no such thing as a true bikini fan at all, which I will get to later. Bikini and bodybuilding are completely different things, with a completely different following. If a person is at the show to see the bodybuilding, they will not even pay attention to the bikini or men’s physique, and if they are at the show for the bikini, they will not even pay attention to the bodybuilders. So why are they at the same place at the same time? It’s like having Foosball tournaments with 200 competitors right before NFL games. Both games are fine, but it makes no sense to have them together, at the same event. I’ll admit, this does not sound like a very big deal. However, it is a much bigger deal than it seems, and the 2016 New York Pro was a perfect representation of that.

When it comes to the New York Pro this year, once again, all of the people who should be speaking out are biting their tongues and just allowing the destruction to happen. Due to time constraints caused by there being too many divisions, including men’s physique and bikini, they decided to save time by eliminating the individual posing from the men’s prejudging, which is hands down the most exciting part of the show for the fans. The lack of attention this is getting is seriously disturbing to me. For any golf fans out there, this would be equivalent to eliminating all tee shots at the US Open and just starting every hole 300 yards down the fairway, in order to save time for a mini golf tournament and a long drive contest that are both squeezed into the same event. AKA, absolute blasphemy. In other words, the decision was made to eliminate the most anticipated part of the bodybuilding show so that several divisions that have virtually zero fans could also take place. Lets not forget that bodybuilding is the backbone of this entire industry, everything in this industry came from bodybuilding. Talk about turning your back on what got you there. 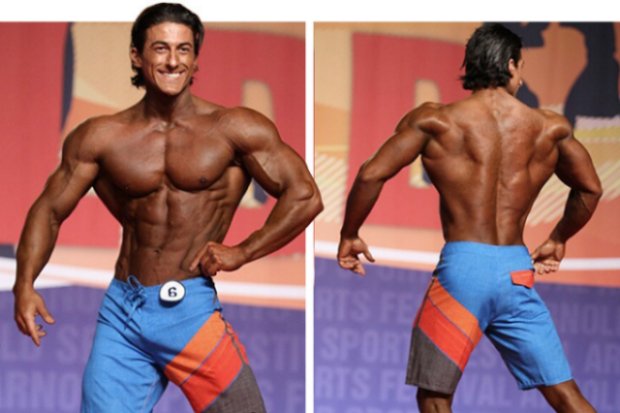 I have mentioned that bikini and men’s physique have no fans several times now. Let me explain what I mean. First and foremost, I do believe that men’s physique has a few fans, albeit very few, but enough to make mention of. Bikini on the other hand, does not even have enough to make mention of. People get so bent out of shape when I say that, but in reality, it is true, and the explanation is very simple. The reason any sport or competition has fans is because the competitors are so good at what they do that they almost seem super human. They are super impressive and entertaining to watch. Normal people can not even comprehend doing what they do, or competing at that level. Not so with bikini. Hot bikini girls are everywhere, all the time. Music videos, commercials, TV shows, movies, concerts, any popular beach anywhere in the world, etc. By definition, they are not rare or special in any way shape or form in today’s society. So, who in God’s name is going to pay money to watch a bunch of them “compete” onstage from fifty yards away on their Friday night, when they already see them everywhere all the time for free as it is? Do you see how ridiculous that is?

Now, that’s not to say that there should be no bikini contests, not at all. What it says is that the only thing the shows bring to a bodybuilding show are entry fees, along with friends and family ticket sales, and that is no reason any division should be at a prestigious show like the NY Pro. Speaking of friends and family members, people will often point to the number of tickets sold or people in the audience as proof that there are in fact bikini fans. Those people are friends of competitors, family members of competitors, and possibly rival competitors, not fans. If you are going to see a show only because your daughter or girlfriend is in it and you would not go otherwise, you are not a fan of the sport. All of the same statements can be applied to men’s physique as well, although guys who look like top men’s physique stars are far more rare than flawless looking bikini girls. I have been following the bodybuilding industry excessively close for over a decade, and I have no idea what the top three placings were at the Olympia this year in men’s physique or bikini. That should tell you something right there.

Instead of making money via more and more entry fees coming from lackluster divisions, the bodybuilding divisions should be nurtured, so that they can bring in more money-spending fans. We could start with the bloated stomachs and clear site enhancement oil usage. Circling back to the disappointment that was the NY Pro, the artificial lumps and bumps were just out of control, particularly in the athlete’s arms. On the topic of bloated midsections, most fans seem to forget what the midsections were like in the 90’s, back when professional bodybuilding garnered more popularity. Today, people talk about Dexter and Phil having good waistlines. I can assure you that even the bigger guys like Nasser had tighter waists than Phil and Dexter do today. Dexter had a nice tight waist at one time, but not so much anymore. If you don’t believe me, pull up some old Nasser photos from earlier in his career. If he were competing today, he would have the tightest waist in pretty much any show that he entered, despite being considered a blocky mass monster in the 90’s.

Personally, I feel that both of these issues stem from the same places. Laziness and a lack of patience. Today’s bodybuilders, while they might be heavier and leaner than the guys the 90’s, are built 50% with hard work and 50% with drugs and oil. In the 90’s, the overwhelming majority of the physiques were built 80% with hard work and 20% with drugs and oil. All of these huge guys with ripped glutes but not one single cut on their delts or arms, need to go. In the 90’s, every single competitor had a sunken face with a clear jawline and cheekbones at showtime. Today, half of the lineup sports a moon face onstage. Whatever nonsense is allowing guys to have shredded abs, fluffy, puffy arms, ripped glutes, and a fat face, all at the same time, needs to stop if we want bodybuilding to have any chance of growing in popularity.

Once again, I have no issue with any of these divisions existing and earning the federation money, that’s great. I only have an issue with them hindering the growth and opportunity for the bodybuilding divisions, especially considering the fact that it makes absolutely zero sense for them to share the same venue and show. Bodybuilding started this entire industry and it remains the backbone today. I happen to be a huge fan of that backbone and I refuse to watch it crumble into dust from issues that are correctable.