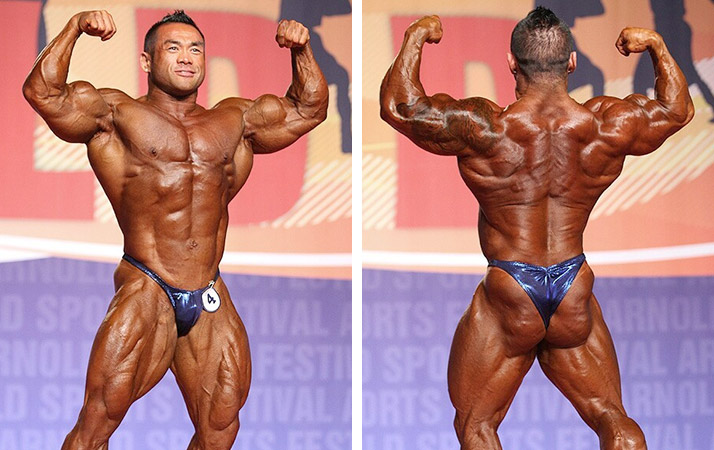 I have always been against adding more weight classes and or divisions to the IFBB pro ranks. That said, after watching the 212 class, along with the open prejudging, at the Arnold Classic this year, it might not be a terrible idea to institute a couple more weight classes into the open. The reason I say this is for the simple fact that the 212 seems to have been a much closer battle, due to the competitors displaying a much more impressive level of conditioning across the board. 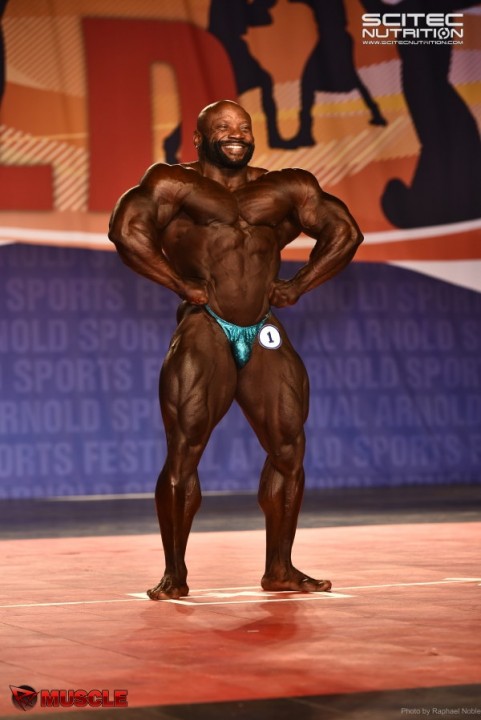 The Tank came into this Arnold Classic looking like The Tank, that is for certain. Charles is a phenomenal guy, one of the nicest guys in the entire sport. The main talk of the show, outside of who was winning of course, was the sheer size and width of Charles Dixon. His density and shoulder width truly are sights to behold. To say that a competitor is actually too big is often referred to as blasphemy in the sport of bodybuilding, which is a fairly ironic description, as it is a very common critique. In the case of The Tank, I feel that it holds true. Even if Charles came into this show eight to ten pounds lighter, he would still have been the biggest guy in the lineup from a mass-per-inch perspective. Charles would almost certainly have a smaller midsection if he was to come in eight to ten pounds lighter as well. Regardless of that, Charles looked great, and as a stated earlier, had he been as high as fourth, nobody would have complained, aside from the two guys in fifth and sixth. 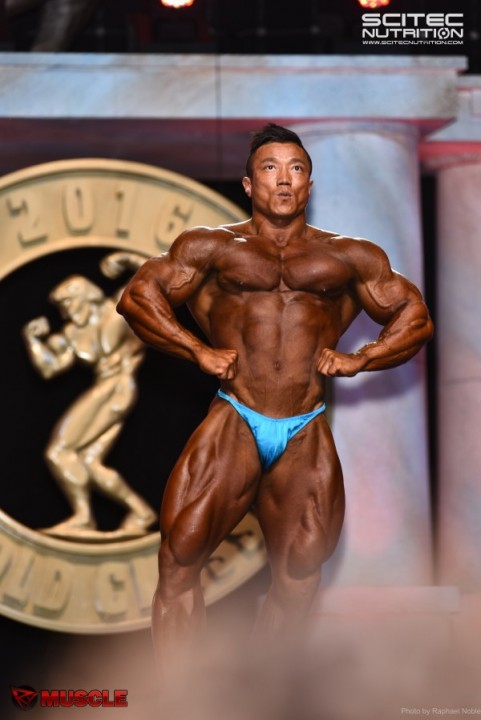 Kang, who from what I understand, hardly speaks any English at all, must be excessively happy with this placing. Once again, this is a guy (no pun intended) who could have certainly placed one spot higher, without any real riots ensuing. His presentation could have been better, but his waist was potentially the smallest in the entire lineup, with the very obvious exception of David Henry, whose waist was so small that its actual existence seemed to come and go throughout the judging. Outside of needing a bit more dryness and presentation polish, Kang was nearly flawless. 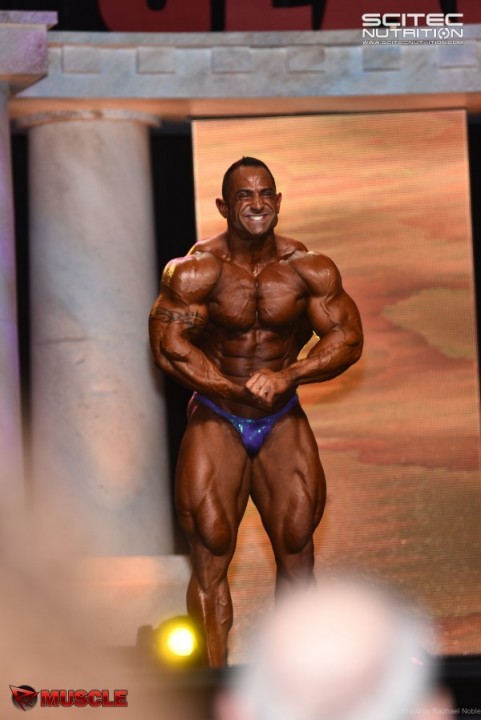 Guy is one of my favorite bodybuilders, despite the fact that I have never spoken a single word to him. Guy’s work ethic has become something of a legend as of late, and his physique is pure class. Guy was not his best here from a conditioning standpoint, but oddly enough, from a silhouette standpoint, he was the best he has ever been. Guy has a long torso, which allows him to continually put on mass without sacrificing his small waist. Guy simply lacked the hardness and detail to hang with the top three guys at this particular show. With just a touch more size and some refinement, Guy could definitely win this class at the Arnold Classic next year. 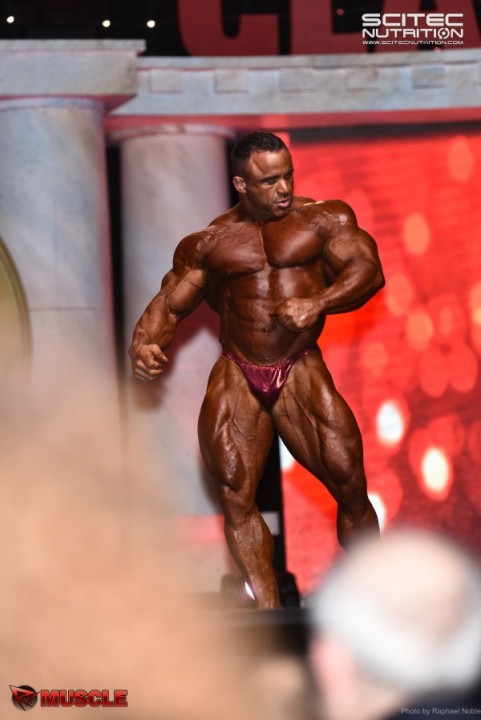 If it were up to me, David Henry wins this show for three main reasons. Number one, as mentioned while discussing Kyung, his waist was incredibly small. His proportions are matched only by comic book characters. Number two, his condition was very close to as good as both Jose’s and Hide’s, and his separation was superior to both. Number three, I personally feel that when a male bodybuilder has slightly smaller legs than he does upper body, it looks much better than vice versa, so his lower body discrepancy did not bother me. This is just my opinion of course, and I can certainly see why the judges put him where they ultimately did. 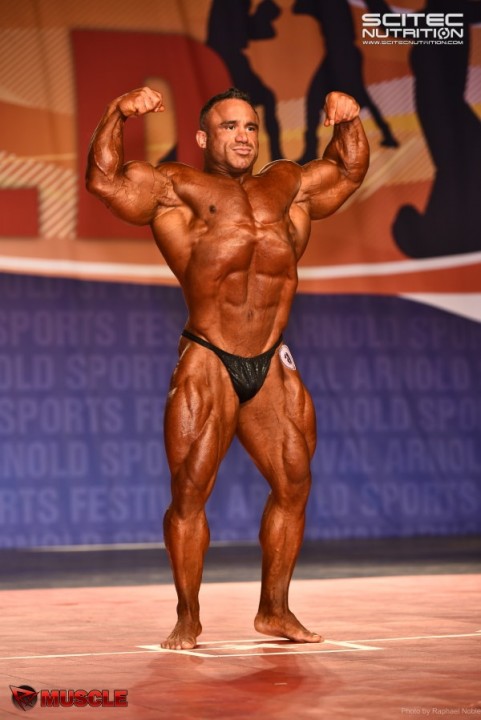 The Boston Mass! It may have been the poor lighting, but at prejudging I felt that Jose was just a bit off. He was dry and hard but lacked separation, especially standing next to an ultra separated David Henry. I might get crucified for saying this, but I also felt that Jose’s legs were slightly down in size from their best, and no longer stood out over the other competitor’s legs, especially not Hide. With Henry making him look void of separation and Hide overshadowing his normally dominant wheels, this may have just been a perfect storm for Jose to lose his Arnold crown. It must also be mentioned that Hide is one of the greatest posers in professional bodybuilding right now, open class or 212. With the posing round now being scored at the Arnold Classic, could this have been the deciding factor that pushed Hide past Jose? 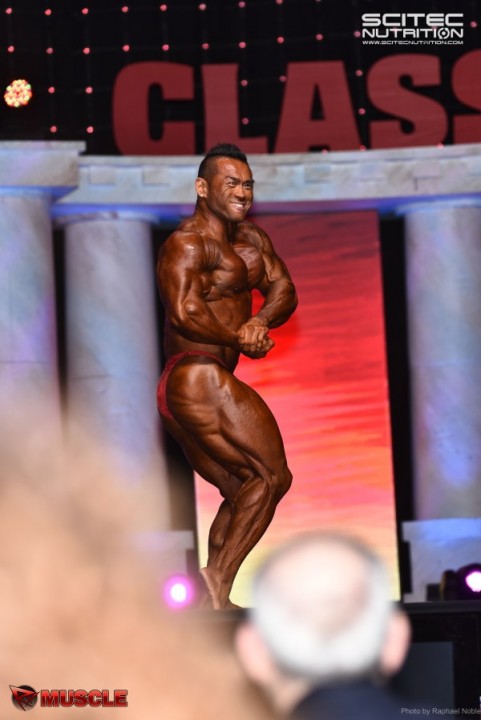 This has to be the feel-good story of the weekend. Hide is the greatest Japanese bodybuilder of all time and he has been at this for many years. His career has had plenty of ups and downs, complete with people writing him off at at times. Some fans, as well as industry insiders, have disagreed with his winning, based on his back development. While I do not disagree, everyone of these top three guys had his own issue. Jose’s waist looks pretty bad in some of the transitions and his physique is not very pleasing overall. David Henry obviously has underdeveloped legs in comparison to his unbelievable upper body. I had Hide winning at the prejudging, and David winning at the finals. Overall, top to bottom, Hide was the most conditioned guy onstage, as well as the most polished. Congratulations to Hidetada Yamagishi!