Are Sports Drinks a Sugar Trap for Kids? 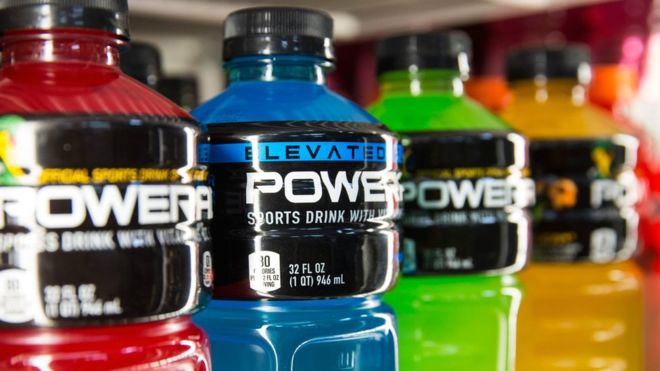 We’ve all seen those commercials. The ones where our favorite athletes are drinking sports drinks and performing at a high level. Kids envision themselves as these athletes thinking that they too can achieve greatness if they drink those same beverages. Little do they know that, in most cases, what they’re drinking is mostly just a bottle full of sugar. This calls into question the marketing of such beverages to our youth. Kids don’t understand the consequences of drinking beverages high in sugar. To them, these are simply drinks they see their idols slamming down on television and in ads. So if their idols are drinking them, they must be good for you, right? Wrong.

A staggering study published in the British Dental Journal by the Cardiff University School of Dentistry found that 90% of teenagers are drinking “sports drinks” due to the taste and not for the purpose they were intended to be used for. This obsessive intake is increasing their risk for obesity as well as tooth erosion due to the increased sugars and acidity. This is yet another concern parents need to be aware of. Using sports drinks as a social beverage is no different than giving your kids a can of sugary soda.

The study was conducted in South Wales by a group of researchers who asked 160 kids aged between 12 and 14 how often they are gulping down sports drinks. What they found was that 90% of them indeed are drinking these types of beverages at least twice a week. When asked why they drink them the response was due to the taste. What we have here are beverages created for the purpose of increasing endurance and replenishing electrolytes in athletes—not as a social beverage. These drinks help improve hydration yet have the same amount of calories as a can of soda. A very small percentage of these kids (only 18%) are actually using them for their intended purpose.

Researchers stated, “The proportion of children in this study who consume high carbohydrate drinks, which are designed for sport, in a recreational non-sporting context is of concern. Sport drinks are intended for athletes taking part in endurance and intense sporting events, they are also connected with tooth decay in athletes and should be used following the advice of dental and healthcare teams dedicated to looking after athletes. Water or milk is sufficient enough to hydrate active children, high sugar sports drinks are unnecessary for children and most adults.”

If the above wasn’t concerning enough, another study looked at 187 professional soccer players in the UK and found that 4 out of 10 had tooth decay. Also, of those 187 athletes, 1 in 20 were found to have gum disease, raising real concerns when beverage companies are marketing their products to our youth. Doing so is quite frankly irresponsible.

The take home message from this study is that sports drinks, while they have the “cool factor”, need to be used for a specific purpose. Using them as a social drink for kids can have negative consequences to their overall health. Try to keep your kids away from these types of beverages. Unless you are an elite athlete, hydrating with water and recovering through the use of milk can give the same benefits of sports drinks without the negative side effects. Ultimately it’s your decision whether to allow your kids to drink sports beverages, but the studies mentioned above should be enough to make you rethink the need for these sugary health hazards….more commonly known as “sports drinks”.