Newer PostEgo Driven Fitness Influencers
Older PostCan you isolate the pecs with the dumbbell press? Not really…
Share on FacebookShare on TwitterShare on LinkedinShare on Pinterest 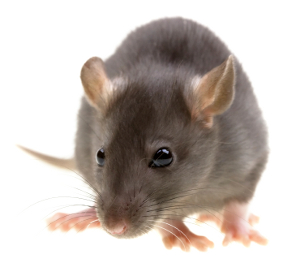 We’ve all seen this before – a new steroid or prohormone hits the market and the sales pitch includes a crazy anabolic rating and some kind of claim like “six times more anabolic than testosterone!” But what does this actually mean, in real world terms?

Very little, as it turns out.

In the afforementioned case we would be talking about a drug with a 100 anabolic score and a 50 androgenic one. Equipoise (boldenone undecylenate) is an easy example of a drug that has this rating and ratio. And most people would somewhat agree that 200mgs of Equipoise is in the ballpark/neighborhood of 200mgs of injectable testosterone, in terms of an anabolic effect, while only producing half the androgenic effects.

Now, if we were to take that same exact drug (boldenone undeclynate) and instead of making it an injectable compound (through the 17beta-ester), we made it an oral compound (through 17-methylation), we’d end up with Dianabol (methandrostenolone). So we’d have the same anabolic and androgenic rating and ratio, right?

With Dianabol, we have an anabolic rating (a range actually) of 90-210 and an androgenic rating of 40-60. But here, the reference standard isn’t just testosterone, it’s methyltestosterone. So I think once again, we have a somewhat fair (ballpark) comparison, but a lot of people are going to disagree and say that they gained far more muscle off Dianabol than methyltestosterone, and got far fewer side effects. A far lower number of people might say the opposite.

But here’s where the numbers really go off the rails: Halotestin (fluoxymesterone) scores a 1900 anabolic rating. If you’ve been paying attention up to this point, you’ll note that this is 19x as anabolic as (methyl)testosterone. And literally nobody gains any appreciable muscle from this drug. If this drug were actually as anabolic as its rating indicated, it would be everyone’s favorite. But it’s not – it’s toxic as hell, makes users aggressive, and while most would accept those flaws if it were 19x as anabolic as testosterone, that’s just not how it works in the real world. Bodybuilders may use it before a contest or a workout, and powerlifters might find some use in the aggression it provides, nobody uses it to gain muscle.

People love trenbolone in all of its forms, but with a 1:1 androgenic:anabolic ratio and a 500 rating for each, nobody would claim that 200mgs of tren is equal to a gram of testosterone.

I have a suspicion that the farther away we get from the 100:100 score, the less accurate our rating is going to be. That’s not anything I can prove conclusively, but certainly the incredibly high ratings we see with some of the wonder-steroids are less accurate than the ones that hover around testosterone. Primobolan (methenolone enanthate) scores an 88 for its anabolic rating and most people would probably agree that it’s a bit less so than testosterone…while its androgenic range is 44-57 and I think most people would probably agree to it being about half as androgenic as test. Masteron (drostanolone propionate) is a 62:25 anabolic:androgenic, and again, I think this is close to where users would subjectively rank it.

The inaccuracy of this rating system comes from the fact that it’s derived entirely from rodent data. To figure out how androgenic a given compound is, they administer it to castrated rodents, then after a predetermined time, the rodent is killed and they weigh its seminal vesicles and/or ventral prostate. To determine the anabolic rating, they weigh the rodent’s muscles (generally the levator ani).

As has been stated many times before, rodents aren’t furry little humans, and the growth of a castrated rat’s levator ani isn’t always the most accurate of measures for a steroid’s effectiveness. That’s why we get drugs like Halotestin, which fall flat in living up to their anabolic ratings.

I get very suspicious when I see off-the-charts anabolic scores, or wild claims of a drug being 10x as anabolic as testosterone, because as I said, the farther away we get from testosterone, the more likely user-feedback isn’t going to support that rating.