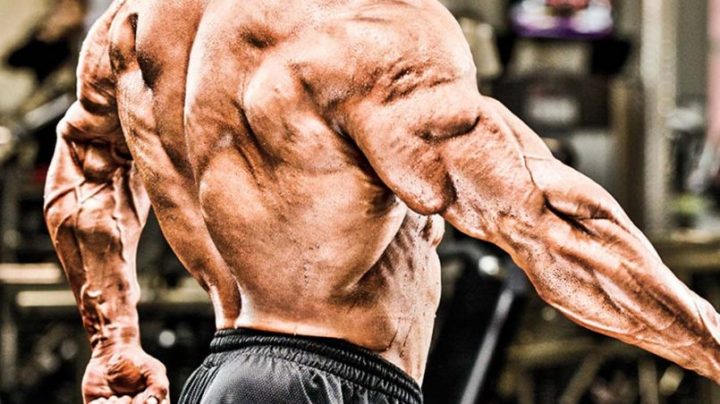 Anabolic steroids could possibly be the most misunderstood class of drugs prescribed today. Steroids are believed by many to be some sort of magical potion that will turn ordinary men into muscle bound monsters with super human strength.

Prescription drugs as a whole are viewed as medications that are a necessity to treat a particular medical condition, while recreational drugs are viewed as substances that lead to addiction, crime, and violence. On the other hand, anabolic steroids are viewed as the drugs that fuel cheating athletes. Sports fans sit on barstools discussing steroid use among professional athletes any time ESPN reports on an athlete failing a performance-enhancing drug test. Opinions are often passed back and forth on whether or not the implicated athlete is morally right or wrong for using anabolic steroids. What is also usually discussed among these middle-aged sports fans while gulping down beer is what anabolic steroids are and exactly how they work. While this is just one example, there are many other similar scenarios where anabolic steroids have been discussed. Any situation where uninformed people discuss any topic, misinformation is generated and passed along. This has led to a number of myths associated with anabolic steroids.

There are many expectations in regards to the use of anabolic steroids. Increased muscle mass, strength, fat loss, and an enhancement in recovery should be expected to take place. How effective steroids are at making this happen depend on several different factors. Some feel that steroids can override or compensate for a poor diet. This is false. I’ve witnessed individuals that used various steroids and didn’t change eating habits. This resulted in little to no change in appearance. The foods consumed were high in carbohydrates and fats, while lacking in protein. On top of that, overall calorie intake was excessive. Anabolic steroids simply increase protein synthesis. When protein intake is lacking, the increase in protein synthesis from steroids is pointless in regards to increasing muscle mass, strength, and enhancing recovery.

There have been debates for years over whether or not steroids cause changes in thinking, emotion, and aggression. Anabolic steroids are classified federally as a Schedule III narcotic. Steroids standout in this class as the only non-mind altering drug. The funny thing is, its criminalized the same as certain opiates and other recreational drugs, but that’s a whole different topic. Chris Benoit brought the term roid rage in the face of America when he murdered his family and then committed suicide. While the former professional wrestler had suffered from severe mental instability, and was prescribed numerous medications to treat this, steroids were still ruled as the culprit. With Benoit being a former wrestler and known steroid user, its obvious that using Roid Rage would make a more interesting story by the media.

Several studies have been done regarding roid rage, and there is nothing conclusive that prove that anabolic steroids lead to psychotic episodes. I’m not saying that violent episodes haven’t occurred involving people using anabolic steroids, but I will say that steroids aren’t to blame. If high levels of anabolic hormones were responsible for violent episodes, it would be easy to conclude that men that have naturally high levels of testosterone would have a much higher tendency for violence than men with low to average testosterone levels. This is simply not the case and roid rage is a myth.

Its thought that anabolic steroids are mind altering in the sense that a person’s mental state will change once a dose of steroids has been taken. This belief is often held by people that have never taken steroids, but this belief is also held by some novice to experienced users. I’ve heard people claim that they will take an injection of a particular steroid before a training session because they feel it gets them psyched up. I’ve also heard people claim they can feel the steroid “working” after an injection, whatever that means. While steroids such as trenbolone and Anadrol can slightly increase aggression in some people, they don’t change their mental state by any means. If anyone feels psyched up mentally or they claim they feel it working following a dose, its an obvious placebo effect. Anabolic steroids being mind-altering is an absolute myth.

There have been countless arguments over the side effects from using anabolic steroids. While many side effects do exist, many do not or are over-exaggerated. Increased acne, water retention, and gynocomastia are all common with steroid use. Elevated blood pressure, and kidney and liver disease can all occur if steroids are abused. Regardless of what the media tells people, there has never been a case of someone taking a large dose of anabolic steroids and dying of an overdose. Many believe that anabolic steroids will lead to cancer. Lyle Alzado blaming his brain tumor on steroid use is a major cause for this view. When Alzado revealed to America that he was dying of a brain tumor he believed was from steroid use, the perceived dangers of steroids were taken in by the American public. Alzado’s story is one many people refer to when the dangers of steroids are questioned, even though Alzado’s own physician claimed steroids weren’t responsible for his condition. I will be one of the first to say that high doses of anabolic steroids can lead to health issues. This would be from abuse. On the other hand, no data has ever proven that steroid use (low-moderate doses) increases the risk for health problems. When tumors or cancer calls are present in an individual, anabolic hormones can increase their growth rate, but steroids generating cancer itself in low doses is a myth.

A man’s penis shrinking from anabolic steroids is probably the most common rumor by the general population. They believe there is a trade off with muscle size and penis size. When anabolic steroids are taken, the body will shutdown its own natural testosterone production. This will cause the testes to atrophy. The end result will be shrunken testicles during and shortly after a steroid cycle. The testicles will return to normal size once natural testosterone production has been restored. While anabolic steroids will surely lead to shrunken testicles temporarily, any reduction in size of the rest of an individual’s male anatomy is an absolute myth.

Debate about steroid site injection and localized muscle growth has been going on for years, and the argument continues to this day. Bodybuilders will sometimes inject steroids in lagging body parts in hopes of adding volume. Volume can be added using this method, but the muscle volume isn’t necessarily from new muscle tissue. When injecting a particular muscle, the carrier oil is being pumped into the muscle belly. This in itself can fill the muscle if enough is injected, which leads to more volume. This method is no different from using a site enhancement oil such as Synthol. Another reason muscle volume can increase with site injections is from steroid inflammation or irritation. Testosterone propionate and testosterone suspension both cause site specific irritation, which leads to the appearance of more muscle volume from swelling. While site injections will result in the appearance of more muscle volume from localized swelling, it will not lead to an actual increase in muscle tissue or strength in the site injected. Site injections for site specific muscle growth is a myth.

While there are countless misconceptions regarding the use of anabolic steroids. I’ve discussed 5 of the most common that I’ve heard. As long as the stigma attached to anabolic steroids remains, the majority of our population will remain misinformed and the ridiculous myths will continue.