Newer PostGolden Medals but Shitty Gym Techniques!
Older PostHandful of almonds in the afternoon improves body composition
Share on FacebookShare on TwitterShare on LinkedinShare on Pinterest 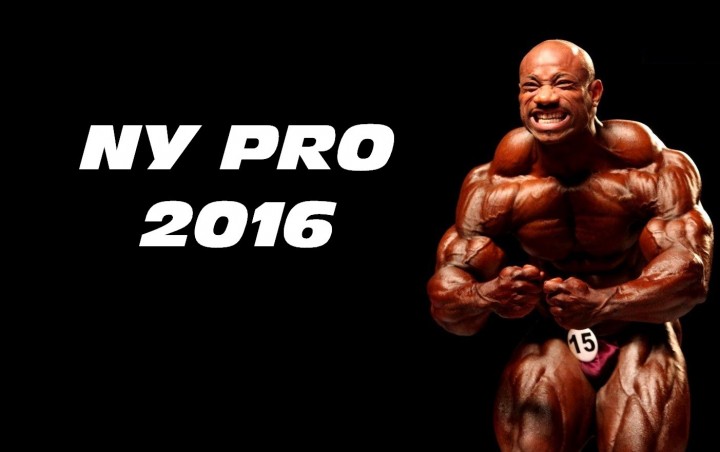 The 2016 New York Pro was arguably the deepest lineup of the year thus far. Unfortunately, nobody was really 100% on the money, which certainly watered down the level of competition and excitement. There are a couple things I would like to address in regards to what stood out to me at this show. I’ll start with the good. The best thing about this show was indeed the level of competition. If any of the top eight guys had looked different by only two percent or so, they could have moved up or down six places. It was that close. Not only that, but the controversy we are hearing after the show also represents just how close the battle was. Most insiders had the show much closer between Dexter Jackson and Roelly Winklaar than the judges did, and nearly every person who saw the show had Nathan De Asha placing a couple spots higher than he did. When a show is this close it always makes for better entertainment and excitement then when the placings are more cut and dry, no pun intended.

There are two negative things that stuck out to me at this show. One was the simple fact that essentially none of the competitors were at their best. Max Charles was possibly his best, but that is debatable, and Roelly may have been his best at the night show, but certainly not at the prejudging. Personally, I still believe that Roelly was his absolute best at the 2013 Mr. Olympia. While the fact that the show was a close fought battle increased the excitement, at the same time, virtually all the guys being off put a serious damper on the shows excitement level. That said, it is important to note that while none of the top guys were 100%, none of them were far off either, which was good to see. The other disturbing thing I saw at this show was what looked like fairly obvious site enhancement oil use. Three out of the top six guys showed clear SEO use, at least to me. I’m no expert, but I would be willing to bet that these three guys all had a good amount of oil in them onstage. The fact that everyone was off from their best, and half the competitors showed clear SEO use tells me that maybe these guys are just simply trying too hard, which is causing them to sabotage their look. But I regress, here is how I saw the top seven. 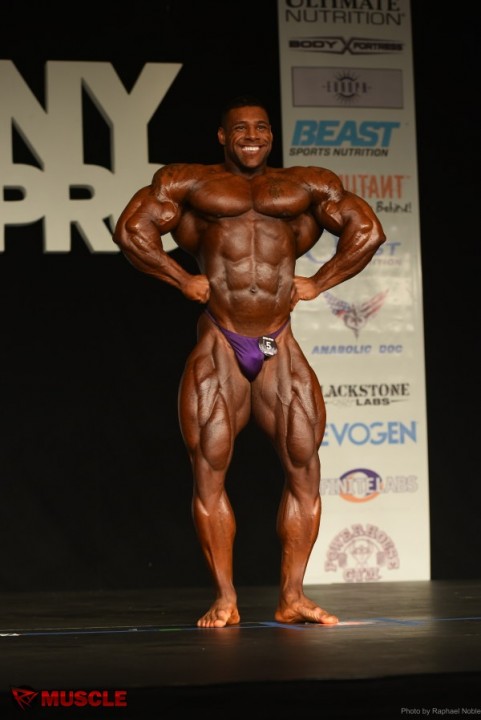 As I stated earlier, more people than not had Nathan finishing higher than he did. Make no mistake, this guy is a freak with nearly unlimited potential. At first glance it looks as if Nathan has a very long torso, because his abdomen is very long. However, a long torso almost always means the person will have short stubby legs, but with Nathan this is not the case. He has one of the greatest structures for bodybuilding I have ever seen. That super long abdomen will allow him to pack on more size without his waist growing too much, but at the same time it does not make his structure look goofy like it does on most bodies. This guy could be top three at the Olympia in 2017, he is that good. 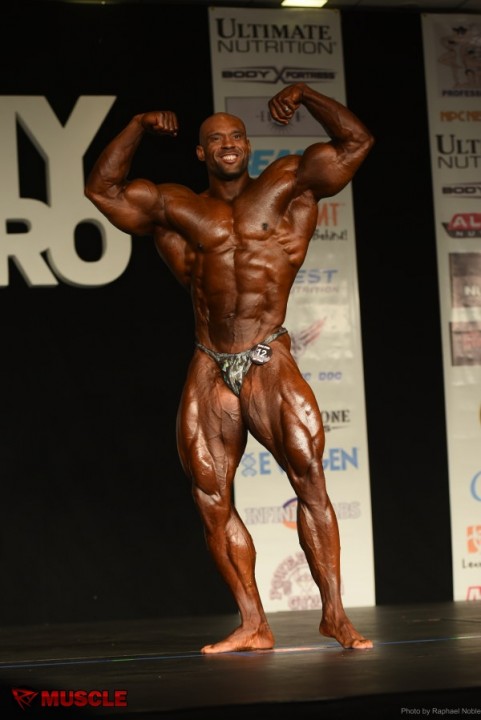 Juan was a bit flat, especially in the legs, and it hurt him. His upper body is spectacular. Tiny waist, phenomenal abs, super full chest, wide shoulders and a wide back. Unfortunately for Juan, he is becoming the new Johnnie Jackson, in that his upper body can hang with any bodybuilder on the planet, but his legs just do not match up. His leg issue seems to be getting worse over time, but I still have faith that he can bring them up a bit and be winning shows like this once again. 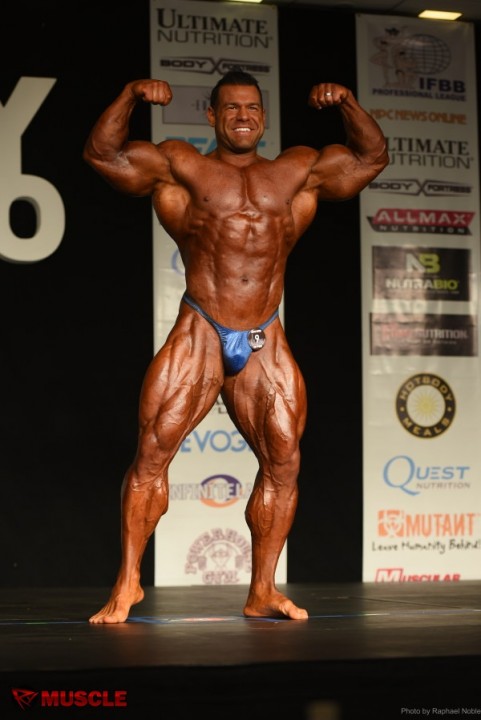 Steve had future Mr. Olympia written all over him when he turned pro, but now I am starting to wonder. Steve had a bad year last year and was attempting to redeem himself at this show, which he did. However, based on how Steve was placing a couple years ago, fifth place at this show is still pretty disappointing. There is really no reason that Steve should have been out of the top three in a lineup like this. Steve does have a short torso, which makes added body weight exponentially thicken his waist, but he seems to be on the come up once again. Assuming he continues improving this year he can and will make his way back into the top ten at the Olympia where he belongs. 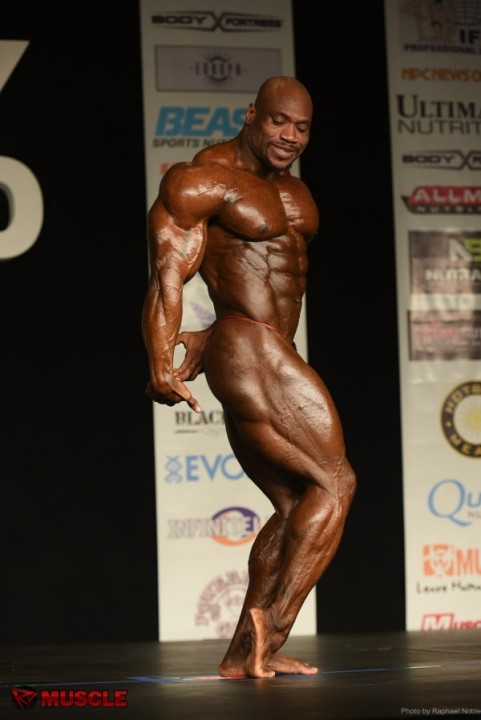 I have to give props to Maxx for being one of the only guys in this show who was at his best, or at least very close to it. Maxx is a freak. His legs have come up a ton, he just needs more hamstring development and he will be taking out some big names. It seems to me that several industry insiders are far too harsh when analyzing Maxx’s leg issue. To me it is a very slight issue that is hardly noticeable from the front, and certainly no worse than Dexter’s leg to upper body discrepancy and far less severe than Juan’s. Personally, I think Maxx has the most impressive abs in bodybuilding. They are so thick and dense that they appear to be implants made of concrete. Very impressive. 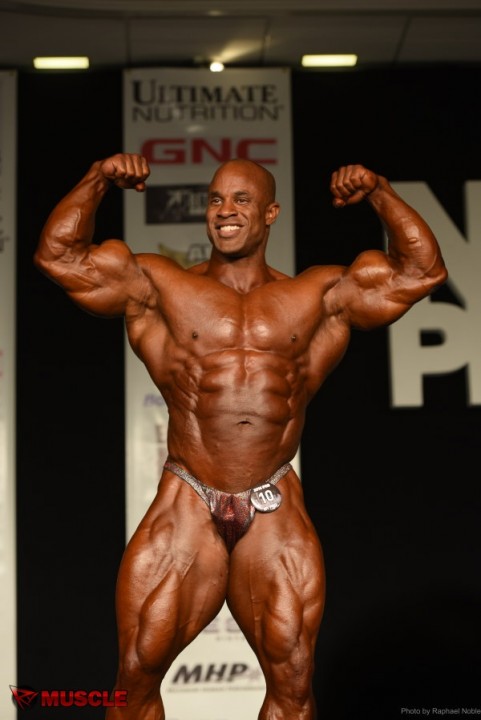 I did not have Victor placing this high, despite the fact that I was down right shocked by how good he looked. Last year it really looked to me like Victor’s physique was starting to fall apart. He appeared smaller than normal and some of his body parts just did not look right, leading me to believe that age had finally caught up with him. However, here in New York that really wasn’t the case. I still feel that Victors shape is heavily overrated. People seem blind to the fact that he no longer has a small waist, and in some poses his waist is quite distracting. For this reason, along with the fact that he was not totally in condition, I would not have had him beating Maxx or Steve. Great showing for the Dominican Dominator nonetheless. 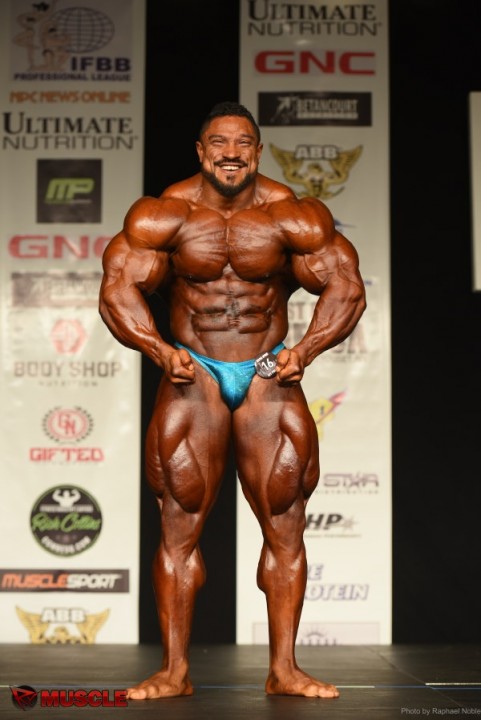 For my money, Roelly was the rightful winner of this show at night. At the prejudging I could have seen him possibly as low as third, but at the night show he was essentially lights out. I like to break down a bodybuilding contest by giving each guy a score in four different categories. These categories being size, symmetry, condition, and shape. At the night show, Roelly handily beat Dexter on size, while symmetry, meaning all muscles being equally developed, was a tie. Dexter’s legs do not match his upper body and he has no calves, while Roelly’s arms are too big for the rest of him. Condition goes to Dexter by a fairly small margin, and shape goes to Dexter, but not by as much as one would think, as Dexter’s waist is not exactly tiny anymore, especially compared to his legs. I feel that Roelly was close enough to Dexter in the other three categories in order to defeat him by demolishing him on size and muscularity. Although, no matter how you slice it, it was close. 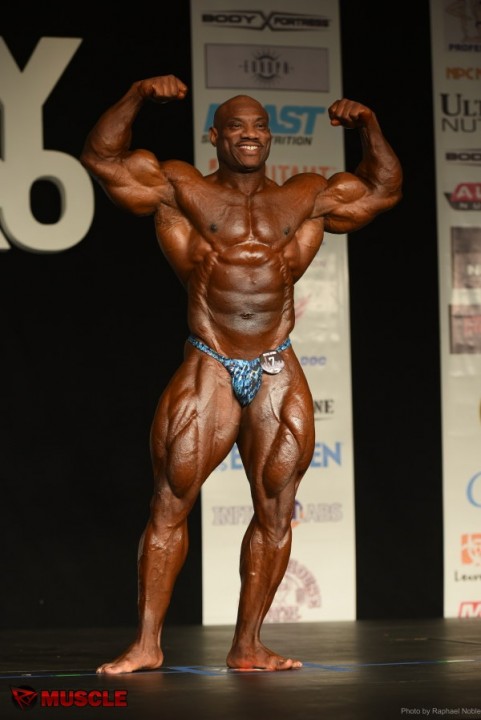 Dexter continues to defy logic by defeating the best bodybuilders in the world at age 46. That said, I do see some age related issues with his physique, albeit nothing serious. I could be wrong, but to me it looked as if Dexter’s right side is beginning to fall behind his left. This is an issue that we have seen time and time again with older bodybuilders. Ronnie Coleman and Jay Cutler come to mind. His legs, as mentioned above, also seem to be suffering the effects of age, just at a much slower rate than any other older bodybuilder. People started commenting about Dexter’s legs being down in size several years ago, but nobody paid much attention to it, as they were still good enough to place him very high at the Olympia. I think what we are seeing now is just a continuation of his age very slowly reducing his leg size and separation.

This was the most prestigious show we will see until the Olympia rolls around in September. So how does this change the landscape leading into the big dance? Let’s just say thank God that Kevin Levrone is coming back and providing us with some much needed excitement, because nobody at this show looked anywhere near good enough to challenge Phil, Shawn or an in shape Ramy come September. If this show was any indication of what all these guys will bring to the Olympia, Phil and Shawn have absolutely nothing to worry about. The only guy from this lineup I see making any kind of impact at the very top is Roelly, but only if he bring his condition in another five percent or so. More dryness and hardness would not only make him look freakier, but it would also help to hone in his waist a bit more and improve his shape. That my friends, is a scary thought.