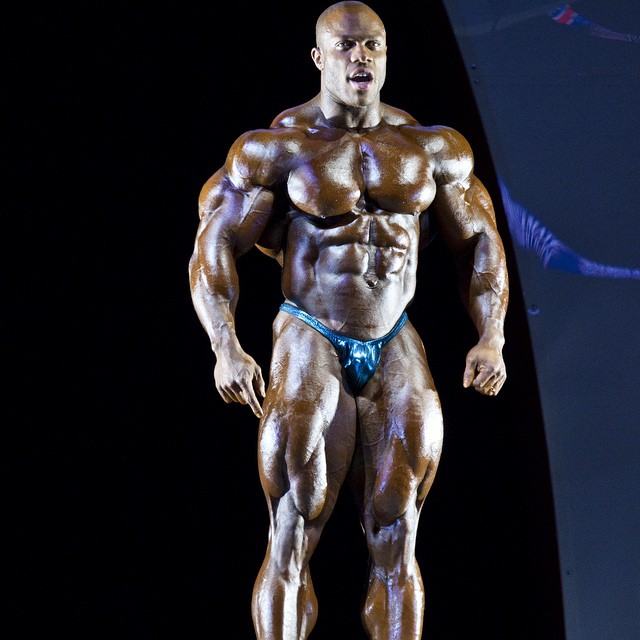 After watching the 2016 Mr. Olympia in its entirety, then watching it once more in its entirety, the age old term of “washboard abs” came to my mind. This term did not pop into my head because I was staring at so many sets of great abs, but rather due to the irony of how many of the best physiques on earth had washed out abs as opposed to washboard abs. There were nineteen guys at this year’s Mr. Olympia, half of which showed up at the biggest bodybuilding show in the entire world with washed out midsections. Even top names like Shawn Rhoden, Roelly Winklaar, Dexter Jackson, Justin Compton, and Dallas McCarver displayed midsections almost entirely void of definition at one point or another during the show.

Even five time 212 champ Flex Lewis’ abs were not exactly super defined. There was a time when ab definition was the pinnacle of conditioning and every bodybuilder relentlessly worked towards achieve ripped abs. Nowadays the bodybuilders are more interested in having a ripped ass and seem to give no credence at all to their abs. I do not know what is causing this unfortunate trend, but it needs to stop. Good luck making our sport more popular when our top athletes are trading ripped abs for ripped butt cheeks and being rewarded for it.

Flex Lewis is a prime example of this phenomenon. The guy has the hardest glutes in the entire show which causes everyone to rave about his dominance and how “on” he is, as they completely ignore his distended midsection, complete lack of detail in his upper body from the front, and his reluctance to hit a side triceps pose. I hate to be negative but I really think people are grasping at straws when they say that everyone at this years show was in shape or that Flex Lewis is super dominant and amazing. There have been several guys throughout history who would have fit into the 212 class, exposed his weaknesses and defeated him. Lee Priest, Shawn Ray, and Ronnie Rockel are just a few names that would clearly defeat Flex if they both met at their best. Even a squeezed down 218 pound William Bonac would have his way with Flex. No man with a blurred torso and no side triceps could stand next to any of these names. That said, I do not necessarily disagree with him winning this year, as he probably was the best on that particular stage. Flex is a great champion and an even greater man, we all just need to pump the breaks on how good he actually is.

In regards to the open, Phil wins again by what I thought was a pretty large margin. His back shots were otherworldly and he was one of the rare individuals on stage with hard abs to match his cement glutes. This win begs the question: who can defeat Phil? Some say that Ramy bested Phil at the night show. I do believe it was close between those two on Saturday night and that Ramy should have be no worse than 3rd, however that does not change the fact that he placed 4th, nowhere close to Phil. Shawn Rhoden was a fairly distant 2nd and at over forty years old is not getting any younger. The young phenoms Justin Compton and Dallas McCarver both fell victim to the aforementioned washed out midsection phenomenon, causing them to look slightly disappointing. The best young blood of them all was Nathan De Asha, who mysteriously placed worse than both of the other young guns. I would like somebody to please explain to me how Justin beats Nathan in any way shape or form, because I just don’t see it. As far as Dexter is concerned, he is not getting better as many people are claiming and Phil ate him alive at this show. Unless we see some freak come out of the woodwork like we did with Ahmad Ashkanani in 212, The Gift will continue to win this title for years to come.

Speaking of Dexter, the five time Arnold Classic champ, former Mr. Olympia, and undisputed most consistent bodybuilder of all time, Jay Cutler recently came out on an interview and said that he felt Dexter was not as good as he used to be and people who claim he continues to improve are wrong. I wholeheartedly agree with Jay on this one. It’s nice to say that Dexter keeps improving into his late forties and it motivates many people, but it is simply not true. To say Dexter is better now than he was at the 2006 Arnold or the 2008 Olympia is just plain silly. His arms, shoulders and back are about 10% bigger, yes. However, his legs are 10% smaller and his waist is 20% wider. At prejudging I thought that Dexter was light years from his best. His waist looked very wide and his legs were not only down, but also lacked separation. There is no chance that anyone is going to convince me that The Blade was better than 5th at prejudging. William Bonac annihilated Dexter on Friday night. Period. Dexter was better on Saturday night and I would mostly agree with him placing 3rd, although William or Ramy could have flipped flopped with him in my mind. Unfortunately for William, he too suffered from washed out abs at the night show.

Bonac was the surprise of the show right from the press conference. He started the weekend off by essentially telling the entire audience to STFU and stop laughing while he was trying to give credit to his wife. I thought that showed passion and confidence. Very cool. That said, his physique is what really shocked us. On Friday night William was no worse than 3rd, period and end of story. In fact, a case could have been made for him being 2nd to Phil at the prejudging. As mentioned above, he did join the washed-out-abs party on Saturday and slipped to 5th, but it was a fantastic showing nonetheless and he deserves a lot of credit. William seems to be the new Lee Priest in both body and mind, as he continues to kick ass and take names despite a substantial height disadvantage, while being his own man and speaking his mind.

Now we come to the real story of the weekend: Kevin Levrone. Thank the good lord for Kevin Levrone and his comeback. This show would have been an absolute snooze fest if not for Kevin, from the press conference all the way through the finals on Saturday night. The 2016 press conference was arguably the best ever, which is a direct result of Kevin Levrone being there. When the Maryland Muscle Machine peeled off his shirt at this years press conference, you could almost hear every jaw in the entire industry drop in amazement. Kevin proceeded to out class both Josh Lenartowicz and Cedric McMillan from the front despite having zero tan. In my opinion this made the 2016 Olympia press conference the best of its kind by a country mile.

To see so many people speaking negatively about Kevin’s comeback after the show is a clear representation of how little most of the people watching know about the sport of bodybuilding. Kevin was potentially the greatest 52 year old bodybuilder in the history of the entire sport on those nights and people are saying they were “disappointed”. Give me a break. When Kevin hit his side chest standing between Phil Heath and Dexter Jackson he literally held his own. He looked like he absolutely belonged up there standing between the top two guys on the planet in that particular shot. A case can easily be made for him defeating several bodybuilders on that stage at 52 years old after not competing for thirteen years and only training six months. Any person who is “disappointed” with a 52 year old who is thirteen years removed from the stage beating Olympia caliber bodybuilders after six months of training should quit watching bodybuilding all together right now and go get their head examined. I was extremely impressed with what Kevin brought to the stage and I think he represented himself as well as the sport of bodybuilding exceedingly well.

While the 2016 Mr. Olympia was not the blockbuster event we all expected it to be, it was a pretty good show all things considered. Phil was great, Shawn was good, Ramy was great, Bonac was great, and Nathan showed some very serious promise. In the 212 class we had the emergence of a brand new superstar in the form of Ahmad Ashkanani, who I think could topple Flex from his throne as early as next year. My prediction for next year? Phil fails to reach his best once again but wins his seventh title nonetheless, Ramy places a controversial 2nd, Shawn looks just about the same putting him in 3rd, while Dexter falls out of the top three, possibly much lower than third, and decides to retire. The real question we are left with after this year’s Olympia is just how many Sandows can Phil Heath win? Two years ago you would be hard pressed to find any person who believed Phil would break the all time record of eight titles. However, as I sit here today, Phil winning a record nine Sandows not only seems possible, but fairly likely. We are officially in the era of The Gift.